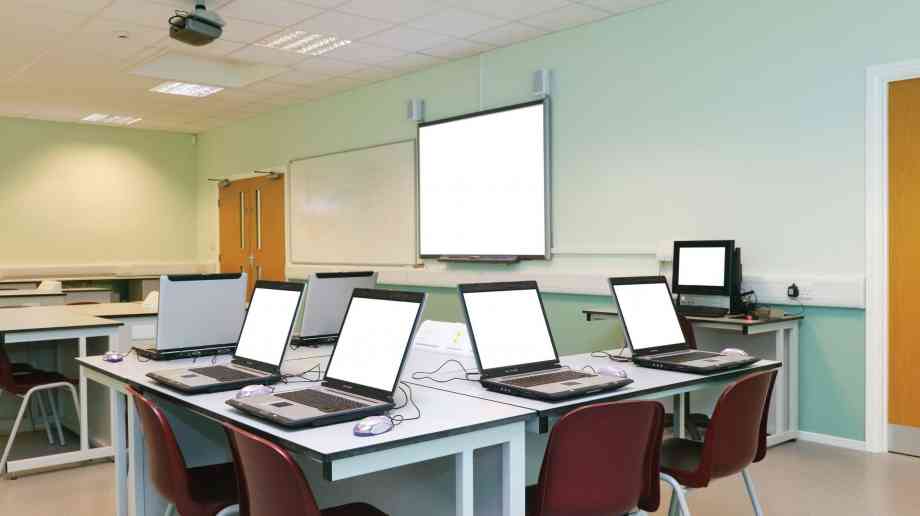 Technology is no longer restricted to just the ICT classroom, with many schools using display and projection equipment to enhance learning activities in every subject. Dave Smith, chair of Naace, discusses the history of audio visual technology in schools and how it improves the learning experience.

Technology has been gradually transforming the education sector over the last 10 years. The increased variety of equipment and software has expanded the use of technology far beyond the boundaries of the ICT classroom. Many schools are now using audio visual (AV) equipment to enhance their pupils’ learning experience through visual and interactive activities.

But with the continuous evolution of technology, schools are feeling the pressure to keep up with recent trends.

The last 15 years has seen massive investments in technology for classrooms. According to the ICT in UK State Schools report from the British Educational Suppliers Association (BESA), in 2000, we saw the number of computers in schools increase to over 800,000, a third of which were laptops. In addition, nine in 10 schools had access to the internet and by 2003 schools were expected to spend around £65 million through dedicated ICT budgets.

However, possibly the most prominent evolution in classroom technology was the implementation of around £200 million worth of interactive whiteboards, which had reached 58.3 per cent of schools by 2004, and is now the most commonly used piece of AV technology in classrooms.

To make a comparison, there are on average only two interactive whiteboards per school in Japan, whereas in the UK, almost every classroom will feature a digital front-of‑house display.

But a new wave of innovation in educational technology has begun. Schools today are now benefiting from a huge variety of new equipment, devices, and software helping to diversify lessons and improve student engagement.

The new landscape of technology
The improvement of touch screen technology has allowed for the development of many new AV products and there is now a wide array of solutions for schools to choose from in order to update their classroom technology. For example, some schools are transitioning from the use of interactive whiteboards to flat panel displays, which use the LED screen technology found in modern TVs.

The main advantage of this technology for schools is the heightened detail of the display, presenting the opportunity for more accurate work. For example, in maths, when presenting a graph, the greater clarity will make grid lines far more visible and allow for greater precision in interacting with the screen. Flat panel displays are much more energy efficient and require little maintenance.

They also produce very limited heat or noise and, unlike interactive whiteboards, the TV-style screens mean that teachers no longer have to squint through the beam of the projector while delivering lessons.

Time to go mobile
The use of tablets and handheld devices has also become more popular with schools looking to increase student engagement with the classroom front‑of-house display. Interactive whiteboards provided the opportunity for students to stand at the front of the classroom and control the material on the screen, but more recently, mirror image apps have been created that connect devices to the display so that children can view and interact with the material remotely from their desks.

Apple TVs have been fairly popular in this way, as an increasing number of students now have iPads with which they can interact with the display. However, there are alternatives, such as the SMART 15 software, Promethean ClassFlow and Reflector 2, which all create a two-way interface between the user’s device in the classroom and the front-of-house display. These can be accessed through smartphones or laptops using the school’s Wi-Fi connection at a fraction of the price of an Apple TV.

Another benefit of tablets is the ability to capture the outcomes of work digitally using screenshots and photographs. This allows work to be annotated and stored on the school network, helping to create a detailed record of work while reducing paper trails in the process.

Tablets are likely to become even more popular as they become more efficient and user friendly. Because of the large number of students who already have access to this technology, classrooms will most likely be able to adapt to using tablets in the classroom quickly and enthusiastically.

In fact, according to BESA’s Tablet and Connectivity report, the low cost and mobility of tablets has led to a forecast that in 2016, 37 per cent of all computer hardware in schools will be tablet devices: a 13 per cent increase on the predictions for 2015.

Projecting new technologies
Another option for projection in the classroom is the use of visualisers and document cameras.

These work very similarly to traditional overhead projectors, transferring real‑time digital images of documents or objects to the front-of-house display. The concept of visualisation has remained a prominent feature of teaching, but specialist visualiser hardware has taken a hit in the market due to the development of mirroring software and apps.

Tablets can now be used in place of this technology, positioned in the classroom to capture and project various skills and methods, for example, presenting a science experiment or demonstrating a particular art technique up close.

This visual form of teaching still has powerful instructional value and still has its place in the classroom. Schools that have already invested in visualisers can still make use of them, as they can project images without the need for photographing and converting them for use on the display.

Weighing up the possibilities
When it comes to schools investing in new classroom technology, there are two main considerations: price and longevity. The interactive whiteboards used in most schools will now be over 10 years old, so when weighing up the costs and benefits of upgrading, one of the most common questions asked by governors is ‘how long will it last?’. The standard warranty and expected life span of flat panel displays is between three and seven years.

At the same time, new technology does come at a cost. For example, replacing the bulbs in a whiteboard projector every two to three years is far cheaper at £250, whereas investing in a flat panel display with touch screen capabilities and a life span based on hours of use, will cost around £2,000. But these costs are dropping, and if the trend continues, schools will find that purchasing new technology and devices will not be as expensive as they may have thought.

The same is true of tablets. The majority of schools often provide shared devices, as they cannot yet provide a 1:1 ratio of devices to students. However, as many more children are gaining access to personal tablets, iPads and smartphones, some schools are considering a bring-your‑own‑device (BYOD) model for the classroom.

There are safety and security risks to this, as well as discrimination considerations and pricing policies that need to be established for the strategy to work well, but this could be a viable option in the foreseeable future.

Keeping up with trends
When purchasing new technology, the most important thing is to think long term; the expense may be off‑putting in the short term, but in the long run, you will benefit from a higher quality product, and the total cost of ownership will be more than parity.

Now that most young pupils will have grown up surrounded by technology, it is even more important for schools to keep up with technological trends.

By adopting new equipment and methods, schools can revitalise lessons and increase that all-important engagement factor in the classroom.