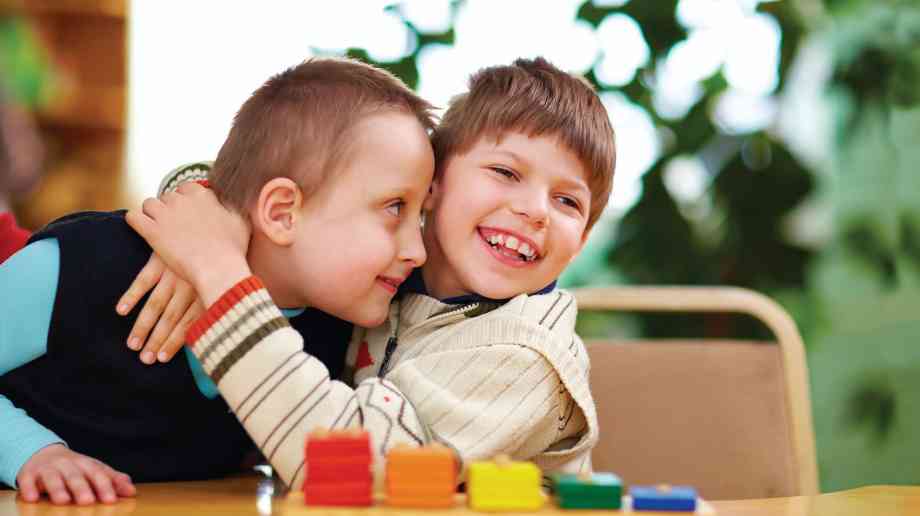 Understanding autism in all of its different forms

Earlier this month, the National Autistic Society held its first ever Schools’ Autism Awareness Week and wrote to the Education Secretary, Nicky Morgan, calling for all teachers to receive autism training. The Society’s Mark Lever explains why it’s so important that schools, including both teaching staff and students, understand autism.

With more than one in 100 children on the autism spectrum, and over 70 per cent in mainstream schools, every teacher and student will have autistic people in their classes. But how well do schools really understand autism?

Over 99 per cent of people in the UK say they’ve heard of autism, which means that, more or less, we’re all aware of autism. But autistic people and families say that knowing there’s something called autism doesn’t mean they are understood – 87 per cent of them say the public don’t understand autism in a meaningful way.

This lack of understanding is clearly having an impact in schools, with surveys indicating that 63 per cent of children on the autism spectrum have faced bullying, often due to fellow students misunderstanding their behaviour. This can have a devastating impact on their self-esteem, in some cases creating problems that last into adulthood.

Action is clearly needed. This is why we held our first every Schools’ Autism Awareness Week (14-18 March) and joined forces with Ambitious with Autism to call on the government to make sure that all teachers are given the training they need to teach autistic children effectively.

What is autism?
Being autistic means you see, hear and feel the world in a different, often more intense, way to other people.

There are roughly 120,000 school-aged children on the autism spectrum in England and none of them will experience autism in the exact same way.

Some people may be skilled in certain areas while others find social situations and change such a challenge that they face almost unbearable levels of anxiety.

This can make school life very difficult. For instance, many children on the autism spectrum are so sensitive to light or sound that an overhead light or humming computer can be physically painful and make it almost impossible to follow a lesson. For others, a small change to the day’s schedule, like the school bus turning up late or a sudden change to the seating plan, can feel like the end of the world.

But our experience has shown how the right educational placements and understanding teachers and classmates can help children on the autism spectrum reach their full potential – whether that’s to go on to further or higher education, into work or to live as independently as possible in their local community.

Understanding
Awareness sounds like a relatively small thing but it can have a transformative effect. Autistic people and their families don’t expect or want people to be experts. But having some knowledge about the situations autistic people might find difficult and how they may respond will make a huge difference. It would reduce instances of misunderstanding and bullying, help autistic people feel more accepted and generally help them to reach their full potential.

To make this happen, we encouraged schools across the country to get involved in our first ever Schools’ Autism Awareness Week and help their students and staff improve their understanding of autism and raise vital funds for our charity. We were overwhelmed by the response, with almost two thousands schools signing up to get involved.

We know how busy schools are so we created a range of resources and activities so they could get do as little or as much as they like – from Early Years Foundation Stage right up to Key Stage 4. Some schools adjusted their lesson plans to include autism, making use of our resources, autism word searches and book lists. Others, such as Netley Primary School in North London, got involved in Onesie Wednesday, encouraging students to turn up to school in onesies to show that it’s OK to be different and letting them design onesies for their teachers to wear. We also saw onesie aerobics classes and baking competitions.

It was a brilliant week and truly remarkable to see the sheer range of activities. None of this would have been possible without the commitment of staff within each school to improve understanding of autism.
autism training for teachers

But autism awareness shouldn’t be a thing that happens just once a year. We believe that all teachers, from their first day, should be given the training they’ll need to teach autistic students. Yet, autism training is not mandatory for teachers and some start school without any autism or even special educational needs training at all.

People are often shocked when we tell them this. How can a teacher help an autistic student if they don’t understand the basics about autism?

58 per cent of children and young people on the autism spectrum we surveyed last year said that the single thing that would make school better for them is ‘if teachers understood autism’. Research by Ambitious about Autism found that over half of parents of children with autism have kept their child off school because of a lack of appropriate support in the classroom.

It’s not only children on the autism spectrum and their families who think compulsory autism training would make a huge difference. A survey of teachers by the teachers’ union NASUWT also found that 60 per cent believe that they haven’t had the training they need to teach students who are on the autism spectrum. And 11,500 teaching staff have signed up free to get regular updates, tips and resources on autism through the National Autistic Society’s award-winning MyWorld service.

This is why, this Schools’ Autism Awareness Week, we teamed up with Ambitious about Autism and wrote an open letter to the Education Secretary, Nicky Morgan, calling on her to include autism in the Initial Teacher Training (ITT) framework for England, which the government is currently reviewing.

Over 7,000 people signed our letter  including MPs, autism experts and education professionals, in just a couple of weeks. The Education Secretary must listen to their voices and take action.

The Department for Education has already funded the development of autism training for mainstream schools through the Autism Education Trust. This could be adapted easily for ITT.

The Education Secretary could transform the prospects of a generation of autistic students by including autism in Initial Teacher Training in England. Every teacher deserves the right training, and every autistic child needs a teacher who understands them.

The money will cover unforeseen additional costs including for cleaning and keeping schools open over Easter.

A new study led by UCL has suggested that school closures do not appear to have a significant effect on the spread of infections during coronavirus outbreaks such as COVID-19.

The free school voucher scheme will be extended in England over the two-week Easter holiday.