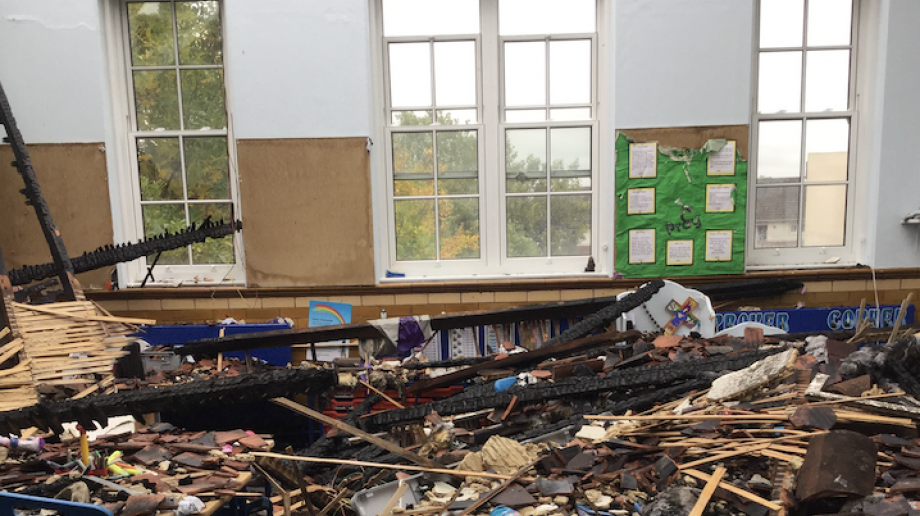 Protecting schools from a potential blaze

An alarming number of school buildings pose a high fire risk. However, many schools are poorly protected against a potential blaze.
Of more than 1,000 school inspections carried out by Zurich, 66 per cent were rated as having ‘poor’ fixed fire protection systems, often omitting sprinklers, which are proven to significantly reduce the damage caused by fire (inspections carried out between January 2017 and December 2019). Just 14 per cent were rated ‘good’ or ‘excellent’.

Unless Ministers bring England into line with other parts of the UK, where sprinklers are mandatory, large fires will continue to blight schools. This is unnecessarily harming children’s education – already severely disrupted by the pandemic - and potentially putting lives at unnecessary risk.

The review of Building Bulletin 100: Design for Fire Safety in Schools, which closed on 18 August, was therefore a unique opportunity to set a trend of improving the risk profile of the school estate in the long term. Not only from an automatic fire suppression systems perspective but also a range of other measures including the use of combustible cladding, the provision of vertical means of escape, and minimum standards in fire detection and alarm systems.

The original BB100 guidance, when first released in 2007, acknowledged the important role of sprinklers and stated that “all new schools should have fire sprinklers installed except in a few low-risk schools.”
However, the new draft non-statutory guidance which was published for consultation proposes that automatic fire suppression systems – such as sprinklers – should only be installed in new special schools, boarding accommodation, and new school buildings over 11 metres tall, effectively four storeys or higher.

By limiting sprinklers to schools above 11 metres, the Government is effectively writing off a significant proportion of the school estate. This will create a two-tier system of safety, which is arbitrary and ill-thought through.

As predominantly single-storey buildings, primary schools will be hardest hit, especially as they already suffer nearly twice the rate of blazes as secondary schools. Pupil safety and education will become a lottery based on school height.

We welcomed Prime Minister Boris Johnson’s June 2020 £1 billion pledge to fund a decade long school rebuilding and repair programme and the announcement of a further £560 million in early August 2020. However, it costs far more to repair fire-ravaged schools than it does to install sprinklers. Unless minsters change the law on sprinklers, much of this funding will be wasted on repairing the fire damage that sprinklers could have easily prevented.

BB100 also considers combustible materials in the external walls of buildings. Encouragingly, the consultation document recommends high fire protection (class A2-s1,d0 or better) on buildings 18 metres and above. However, for buildings below 18 metres it only recommends a lower class of protection (B-s1,d0 or better).  Given that developers are likely to design to the minimum standard, it is essential that any minimum baseline is raised. We would also suggest that having differing class of cladding between schools of different heights will again create a two-tier system.

The draft guidance also suggests that “where school buildings are prone to vandalism, as determined by a security risk assessment at feasibility stage, any cladding to ground floor walls should achieve Class A2-s1,d0 or better”. This erroneously suggests that vandalism and wider anti-social behaviour are a static phenomenon. Schools once deemed not prone to vandalism may ultimately become prone to vandalism due to changing socio-economic conditions and may, therefore, be at increased risk of fire as a lower standard cladding has been applied at the design or construction stage.

The new version of BB100 says “new, multi-storey school buildings must have at least two staircases and single escape stairs are not acceptable”. This is a sensible and long-overdue measure as effective school design must fully accommodate the large numbers of occupants that use a building and be reflective of the behaviour and levels of control associated with large numbers of pupils using those facilities.

As well as expanding vertical means of escape in school buildings BB100 now also recommends a minimum level of automatic fire detection and alarm system provision. Given that the previous versions of BB100 did not, this is another welcome and long-overdue step.
Safety should be an absolute priority and it is deeply concerning that England’s minimum protection standards fall below those of Scotland and Wales, where sprinklers are mandatory regardless of a building’s height. It makes no sense to invest millions of pounds in public assets without adequately protecting them.

The Government must fundamentally rethink its approach and update building regulations so that they unequivocally and clearly mandate the implementation of sprinklers in all new build and majorly refurbished schools. It should not take a school fire fatality for the Government to address this disparity.

Tips for preventing fires in school

It is essential that adequate measures are taken to combat these potential losses and minimise any disruption to the start of the new term. The good news is that a few simple steps are all that it takes to protect a school:

Simple measures, such as getting teachers and site-staff to increase vigilance on the schools’ grounds, switch off any electrical appliances after use and lock-up the building securely, are an important part of protecting schools and preventing incidents from happening in the first instance.

Look out for signs of malicious damage on site and signs that unauthorised people have been using the site, such as the construction of timber ramps and jumps for boards and bikes. Ask a local Police liaison officer to arrange for increased patrols where appropriate.

A zero-tolerance towards unauthorised people on site should be applied. Carry out checks to ensure fencing is intact, with no holes or footholds evident. It’s worth checking gates are fitted with suitable locks and that bolts, hinges and handles do not act as easy footholds/scaling points.

Ensure intruder alarms systems and all other security measures are put into operation and make sure the responsibility for doing so is actively agreed. School buildings are often open for staff access but without reception areas being supervised. Occasionally teachers will also be in training sessions leaving the school site open but large parts of the buildings empty.

It is important that staff are reminded to keep all external doors and windows to unattended areas secured whilst inside the buildings so intruders are unable to walk in without being detected.

There is a potential for the amount of combustible waste to increase at this time of year due to packaging following the delivery of new educational resources and staff clearing out rooms in preparation for the new academic year. It is important that any combustible waste is not left near to the buildings but disposed of via secure waste bins and compounds which should be sited at least eight metres from the buildings.

4. Make the most of CCTV surveillance

Good security measures can help deter and prevent break-ins and acts of vandalism or arson.

Monitor contractors on site to ensure they are following arrangements and not leaving skips and bins against the buildings. Make sure contractors leave their work area in a safe and secure condition at the end of each day.

Once finished, carry out an inspection with the contractor to ensure the work has been completed satisfactorily and that all waste materials have been cleared away and that appropriate, robust and effective controls are in place for hot works being carried out by contractors.

6. Carry out health and safety inspections

The start of the new school term is the perfect time to inspect fire extinguishers, fire alarms, sprinkler systems, and ensure safe storage of flammable liquids and waste control. Often fire alarms and sprinklers get disabled by contractors or visitors during the summer break - it’s worth checking these are fully functioning.