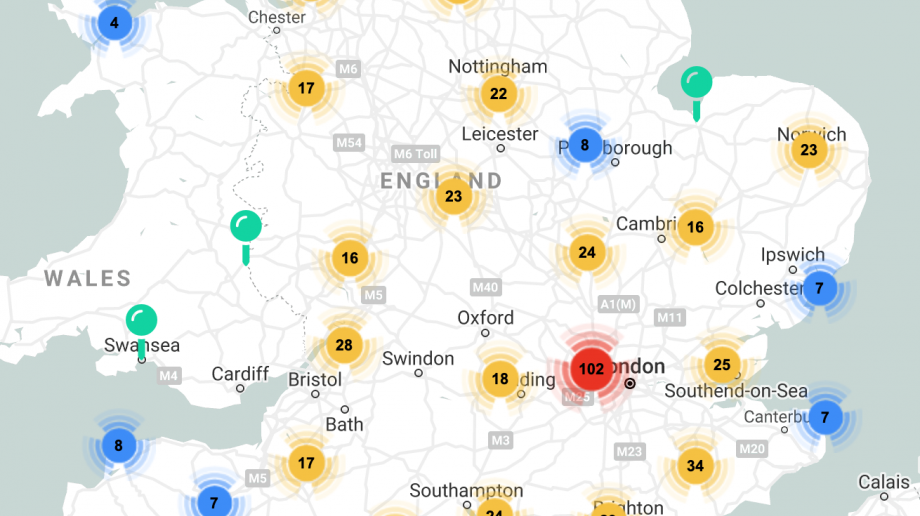 A new map has been launched to show the businesses, community organisations and councils who have announced that they will be providing free meals to vulnerable children over the October half term.

www.kidsmealsmap.co.uk has been built by communications agency PLMR who are supporting the #endchildfoodpoverty campaign.

Councils, restaurants and community organisations have been announcing the support they'll give children over half term following the government voting not to extend the free school meal scheme beyond term time.

Food organisations are being asked to visit the website and register details of what they are offering in order that vulnerable children and families can find out what is happening in their local area.

There has been an unprecedented response to the call to action from Marcus Rashford’s campaign after it went viral on social media in response to the parliamentary vote not to extend the Free School Meals over the October half term.

A Parliamentary Petition launched by Marcus Rashford has reached over 680,000 signatures showing the huge public support for the campaign.

The Food Foundation is part of footballer Marcus Rashford’s Child Food Poverty Task Force, and along with 20 charities and key names in the food industry is calling on Government to allocate sufficient budget to the three National Food Strategy recommendations, as part of an urgent recovery package for vulnerable families and their children this Autumn.

These are: Eligibility for Free School Meal (FSM) to be expanded to include every child (up to the age of 16) from a household where the parent or guardian is in receipt of Universal Credit (or equivalent benefits)

The second is to extend the Holiday Activity and Food Programme (HAF) to all areas in England, so that summer holiday support is available to all children in receipt of Free School Meals.

The third call is to increase the value of Healthy Start vouchers to £4.25 per week and expand the scheme to every pregnant woman and to all households with children under 4 where a parent or guardian is in receipt of Universal Credit or equivalent benefits.