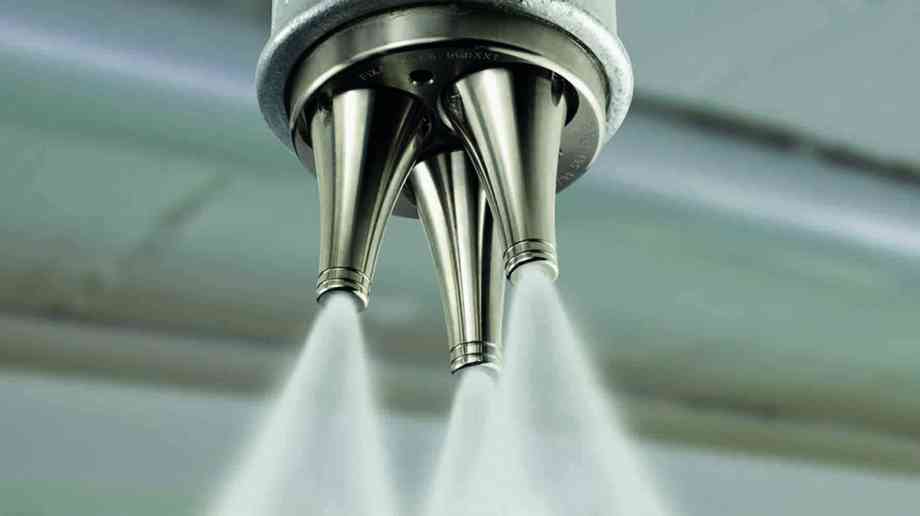 Making the case for sprinklers in schools

With hundreds of schools having a fire each year, the fact that fewer than one in six new schools have a sprinkler system is worrying. Iain Cox from the Business Sprinkler Alliance explains

In a month which saw over 10 million students and their teachers return to school, it is important to remind ourselves of the immense impact education has on our society and the substantial amount of time, resources and money spent on improving the quality of education in our schools. But sadly, fewer than one in six new schools have been built with sprinkler systems installed. With hundreds of schools in the UK having a fire each year, this alarming statistic once again only emphasises that money spent on dealing with the aftermath of fires should be being spent on sprinklers.

The ridiculous thing is that we spend far more rebuilding and repairing schools after fires than we would have paid to install sprinklers in the first place. The statistics tell us that the trend of fires is down but the costs of recovery are going up, and these fires still impact tens of thousands of students. Buildings will be inspected, rebuilt and renewed – the average large school fire now causes over £2 million worth of damage according to the Fire Protection Association.  Not all is borne by insurance, the shortfall must be recouped from the public purse.

The impact of a school fire

School fires have a devastating impact on both a school and a community. Measures such as sprinklers drastically reduce the amount of damage done when there is a fire, and enable schools to get up-and-running quickly, reducing the cost, both economically and socially, to the public.

In April of this year, the Selsey Academy opened the doors to its rebuilt premises after a fire devastated the original, unsprinklered school in August 2016. In the interim, pupils were taught in temporary classrooms in four locations in the Selsey area and then in temporary classrooms, until the new school was completed. It is somewhat surprising, indeed baffling, to learn that the new £13.4 million school has been rebuilt without sprinklers.

This is another case of value engineering, where the cost of installing sprinklers has been cut out without any idea of the potential impact. Surely, it is better to protect the asset, so you don’t have disruption and the lost opportunity?

Ensuring the safety of a building’s occupants is considered the bare minimum under current regulations, but it is clearly not the optimal outcome. A sprinkler system, such as the one that has been recently installed at a new £10 million primary school close to Glasgow, will protect both the occupants and the building as well as significantly reduce the potential disruption to the students’ school life in a fire event.

The design of this exemplar school has seen fire sprinklers installed throughout the two-storey building, in-line with Scottish Building Standards for non-domestic buildings. The building is protected by a total of 409 sprinkler heads, with the exception of the plant, boiler and biomass rooms which feature early detection systems. The sprinklers are concealed in ceiling voids and the entire system is fed by a water storage tank and electric fire pump which is located in the school’s service yard.

Designed to meet the Ordinary Hazard Group 1(OH1) classification within BS 12845:2004, the sprinkler system has a discharge density of 5mm/min/m2 over a maximum area of operation of 72m2 for 30 minutes duration.

The automatic sprinkler system will protect this school, both in terms of life and also property.
By preventing large fires, sprinklers also protect the environment by avoiding CO2 emissions, reducing excess water use by the fire brigade and eliminating water supply contamination.

In the event of a fire, many schools with sprinkler systems find they are back up-and-running in a matter of hours, so the sprinkler system will maintain the school’s continuity and allow students to return to normality far more rapidly and with considerably less disruption to teachers’ already hectic schedules. Schools are also vitally important to the community for events, meetings and activities. These can also continue with minimal interruption.

Currently, sprinklers are mandatory in new school buildings in Scotland and Wales, but not in England and Northern Ireland. The government is currently reviewing Building Bulletin 100 (BB100) and has suggested that the ‘sprinkler expectation’ will be removed. The BSA wants the government to explicitly maintain the ‘sprinkler expectation’ in the revised BB100 so that fewer schools are damaged and destroyed by fire.

The government advises that even a single missed day of education can have significant effects on future exam results. The pursuit of parents who take children out of education for holidays is backed by government spokespeople affirming the detrimental impact on educational attainment. So the impact of these fires and the disruption that they cause must reduce the results of the students at affected schools. Surely, if government understands the importance of missing a days’ worth of education, and is willing to pursue and fine parents to ensure attendance, then more effective solutions must be implemented to quell the spread of fire.

The same misconceptions about cost and the impact of disruption can be seen across the commercial and industrial sector. The BSA is calling for better education on the substantial benefits that fire sprinklers can deliver to the business community and wider economy.

Fire does not discriminate; whether it is a school, a car park a warehouse or an office, fires happen on a regular basis. However, they can be contained and extinguished by systems such as sprinklers to ensure that life is not put at risk and businesses, jobs and the economy are protected.

The government is funding trials of new assistive technology for pupils with special educational needs and disabilities in up to 100 schools and colleges.