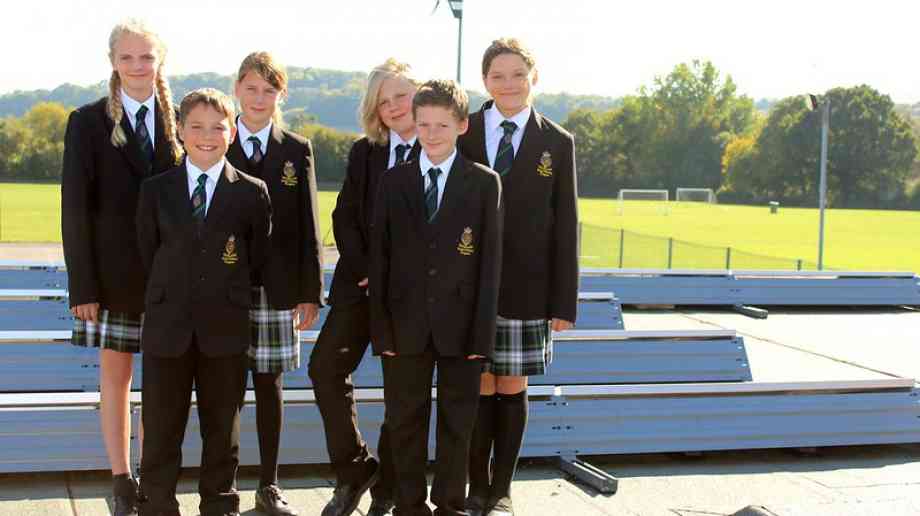 The building's role in zero-carbon goals

There are hundreds of ways for schools to become more sustainable – but better-quality buildings and heating systems are two of the most important, writes Alex Green, Schools Manager at Ashden

Schools across the UK are pledging to work towards becoming zero carbon by 2030. The nationwide Let’s Go Zero campaign is helping them showcase improvements to classrooms, grounds, school food, and much more – as well as supporting further action and calling for government backing.

There are hundreds of ways for schools to become more sustainable – but better-quality buildings and heating systems are two of the most important. Now schools taking part in the campaign are sharing their insights to motivate others and drive progress to this crucial goal.

The Let’s Go Zero campaign, which will launch at the Youth Climate Summit on 9 November, is also pressuring the government to support zero carbon schools ahead of the COP26 climate talks in Glasgow next year – a key moment for global action on climate change. Those behind the campaign say that with government backing schools can inspire change throughout communities.

Schools taking part receive support to lower their emissions – from the campaign organisers and other schools working to become more sustainable. The campaign is spearheaded by climate solutions charity Ashden with support from high-profile partners including Global Action Plan, Sustrans and The Soil Association.

Radical energy efficiency improvements will make significant carbon savings. English schools alone spend £600 million per year on energy – the second largest budget item after staff salaries. And 60 per cent of energy use by schools comes outside of teaching hours.

Change is about more than building work – it needs engagement with staff and students, smart use of data, and a long-term approach to sustainability. But a whole-school approach can bring huge benefits

Upgrades and behaviour change at St Francis Xavier School in Richmond, North Yorkshire have saved over £8,000 per year. Now the trust that runs it, St Margaret Clitherow Catholic Academy Trust, is looking to introduce similar measures across 16 other schools. Student engagement has been key.

Trust sustainability lead Margaret Land (formerly business manager at St Francis Xavier) says: “Through regular sharing of the school’s energy data with all our staff and students they fully engaged with our drive to reduce our energy usage. This was helped by our investment in 48 solar panels on the school roof in 2016 – an 11,000kwh system which helped to demonstrate our commitment to using clean energy. This also engaged and inspired our students.

“In last week’s whole school virtual eco team assembly our students revealed that if every monitor was left on overnight and throughout the weekends for a whole school year, this would cost the school in the order of £4k. They understand that everyone has a role to play in saving energy costs.”

Few schools have embraced sustainability as much as King’s Academy Ringmer School in Lewes, East Sussex. The school already had a strong track record – having installed a wind turbine as well as being early installers of solar panels – when it began construction of a new school building with impressive low-carbon credentials.

Stephen Green, Environmental Co-ordinator, says: “Students got involved with architects. They decided there would be no air conditioning, but passive ventilation, incorporated solar blinds which shaded the building from the heat and stopped the classes getting too hot in summer. We put a ground source heat pump in the ground which meant we were heating the building for next to nothing. A 450kW biomass boiler was installed to run our heating system.”

Existing buildings were also retrofitted, and the school further cut energy bills by encouraging students and staff to turn off energy-hungry devices. Stephen Green says: “Now about 70% of our heat energy is provided by biomass, and about 30% of electric energy in winter is provided by solar panels. In summer it’s 100%. We publicised what we did and used school as a teaching resource – we had schools, businesses, environmental groups visiting and learning from us.”

Efficiency is not just about physical upgrades – the attitudes of staff and students are vital too. Stephen says: “A common problem with many schools is that the school business manager won’t necessarily understand about target temperatures, how much a school’s heating should cost – they’re not trained to do that. They also might have a site manager or caretaker who doesn’t really understand how the boiler works – when they started, they’ll just have been told to turn it on in October and off in April. And some teachers want to be very comfortable in a very warm classroom. So we need to look at all these, get people to understand what money is being spent and wasted.

“There’s an enormous lack of knowledge. Schools were about educating kids, but as more schools have become academies or independent and broken away from the support of local authorities, they don’t have all the expertise in-house. How would you expect a headteacher to know how a boiler works?”

Buy local to cut emissions and support the community

Thinking local can also help schools tackle their emissions – and drive positive change in school communities. Exmouth Community College is putting sustainability at the heart of its next 10-year building improvement plan, including steps to keep supply chains as short as possible. Premises manager Scott Fry says: “For example, if we need a new roof, the decisions on it will involve local procurement to keep the money local and reduce mileage, as well as choosing sustainable materials.”

However, even the most forward-thinking schools need support. In June the UK government announced £1bn funding for 50 major school new building projects in England. But that’s just 0.2 percent of the nation’s schools. The campaign is calling for greater action, with retrofit of existing schools a priority.

With around two decades of experience of sustainability in schools behind him, Stephen Green is convinced that schools can make massive changes, but they cannot do this alone.

"The only way you will change policy in government, particularly at the moment, is through lobbying and a groundswell of opinion, which is why Let’s Go Zero with its specific call for government support is so important.”

Marcus Rashford, celebrity chefs, as well as campaigners, have called on the government to review its free school meals policy.

Councils may use the funding for purposes including recruitment of additional staff, additional digital devices or to provide family support.

Ofsted has changed its plans for monitoring visits, which were due to begin next week, saying such visits will be done remotely rather than on site.

The Department for Education has said that the free school meals national voucher scheme will recommence on Monday 18 January and will be run by the same supplier Edenred.