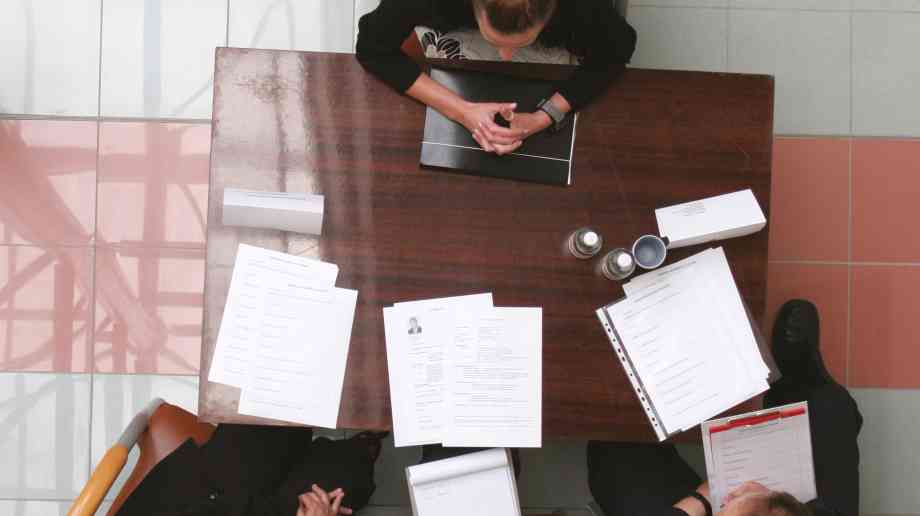 The long and short of teacher shortages

The source for the teacher shortage crisis currently affecting schools across the country is multifaceted. Hannah Feiner, of the Recruitment and Employment Confederation, analyses some of the reasons behind the problem and some of the solutions being put in place.

When examining the topic of teacher shortages, everything seems so cyclical. Is the problem recruitment? Are we failing to inspire our people to teach?

But maybe the problem is retention – what’s the point in putting effort into recruiting teachers if we can’t keep them in the profession? So why don’t teachers want to stay?

You could go around in circles for days.

The education sector isn’t on its own when it comes to skills shortages. The Recruitment and Employment Confederation’s (REC) Report on Jobs shows that the availability of both temporary and permanent staff continues to fall. Examples from the REC’s members range widely – from a lack of engineers to a deficit of bricklayers and a scarcity of nurses to a shortage of chefs. Education isn’t the only sector suffering.

As well as skills shortages within teaching, further challenges are constantly presenting themselves. In 2015, it was reported that over the next five years, schools will be faced with demand for an extra 460,000 pupil places. Another example of a challenge seemingly created out of nowhere is the recent announcement that the government would like all children to study maths until the age of 18. Experts have commented that it is unlikely that the numbers of existing teachers will be able to fulfil not just this policy announcement, but also the demand of the increasing numbers of pupils studying the English and International Baccalaureates. So what are the exacerbating factors?

Promoting the profession
Teacher shortages can be broken down into a number of elements, from potential teachers to current workforce. For those still studying, we have to ask what is it that would motivate them to choose teaching. Whilst students may be seeking careers advice from specific outlets and advisors, they are actually in touch with the teaching profession’s biggest ambassador every day: their very own teachers.

In light of the imperative and overall objective of teaching their subject, it is possible that teachers forget, understandably, to promote their own profession as a career choice. We also know from a survey, commissioned by the now retired Training and Development Agency for Schools, that graduates in teaching are one of the professions ‘least bored’ with their job as ‘no two days were the same’. Seemingly, the messaging which promotes teaching as a career to aspire to isn’t getting through to students.

There have been concerns voiced that the various routes into teaching have become over-complicated. However, I was impressed by the wealth of information on the snazzy Department for Education (DfE) website. I was even offered a live chat with an advisor, which allowed me to understand exactly how I could become a teacher. Yes, there are a number of different routes into teacher training and perhaps the advice on the website could be clearer in terms of its audience (questions from GCSE level students will be very different from those in their mid-30s thinking of a career change for example) but I do not think that the multiple means of qualification is the problem.

Making an informed decision
Branding is also becoming ever more important in the context of the brand savvy and technologically connected children of today. In the last five years there has been a serious shift in the way job seekers search out their roles. In this ever expanding ‘digital age’, the majority of job searching is completed online. When job seekers see an advert for a school they have access to Ofsted reports, good schools guides, league tables, performance rankings, and online forums; many of these will be used to make an informed decision about whether to apply for a particular job.

Stewart McCoy, chair of the REC Education Sector and operations director at Randstad Education, said: “There’s a perception that if an advert is placed somewhere online, the best person for the job will apply. It’s great that so many schools are rated as ‘Outstanding’ by Ofsted, but how will one outstanding school compete with another outstanding school when trying to attract the most talented staff?”

He also commented that school websites can very often be pupil-focused, difficult to navigate and mobile unfriendly.

As 40 per cent of all jobseekers use a smart phone, this won’t help schools in their fight for talent.

At a time of skills shortages and when everyone, from private to public sector, is fiercely competing for the most talented graduates, it may be time for schools to seriously consider and understand the impact of their digital presence.

The reason for leaving
For those who have made it into the teaching profession, why do they then make the decision to leave? There are a number of top lines that spring to mind: workload, stress and low pay. An Education Support Partnership survey asked teachers what factors have led them to consider leaving the profession. Forty per cent stated ‘excessive workload’, which ranked number two out of sixteen factors (‘retirement’ was number one). ‘Unreasonable demands from managers’ ranked in third and ‘pay/pensions’ ranked in fourth.

In line with workload concerns, Nicky Morgan, the Secretary of State for Education, launched the ‘Workload Challenge’. However, activity around this seems to have significantly waned. The REC has also seen the effect these concerns are having upon the profession. We surveyed education agencies in late 2015 and found that an astonishing 80 per cent of agencies had persuaded a teacher to remain in the profession in the last year. Reflecting upon the most recent announcements (and seemingly, the UK education system will see some of the biggest changes in years), it’s unfortunately difficult to see workload being prioritised.

However, in the fight to recruit and retain, it is incredibly important that these concerns are tackled and not brushed aside. Agencies have a big role to play in making sure that, whilst schools are looking for the brightest and the best candidates, they are providing the best service they can to teachers and education providers to improve the work-finding process. A recent survey of NASUWT members found that 97 per cent of their supply teachers were not aware of the work of recruitment trade bodies and were unaware of the quality standards that REC member agencies must attain.

A College of Teaching
Work is also underway for a new ‘College of Teaching’, which will act as an independent and voluntary professional body for teaching. The General Teaching Council for England (GTC) was abolished in 2012 and in its place, the National College of Teaching and Leadership (NCTL) became responsible for administering the training of new and existing teachers in England, and regulating the teaching profession. Whilst education unions and charities have attempted to fill the gap to the best of their ability, there is still need for a stronger, independent and professional voice. Indeed, the College of Teaching has just welcomed Nicky Morgan’s announcement of up to £5 million staged seed funding which was outlined in the DfE’s Educational Excellence, Everywhere white paper presented to parliament in mid-March. Getting this idea off the ground is the big test and it’s never been more important to getting to grips with the challenge of recruiting and retaining those in the teaching profession.

What seems to have been lacking over the last couple of years is a genuine drive from all education stakeholders to improve the morale of the workforce. The lack of morale means that the message that teaching is an exciting, thrilling and challenging occupation seems to be getting lost somewhere in the ether.

Morale is the key to retaining teachers, to recruiting young people into the profession and to providing an excellent education for UK children. Sensationalist headlines may help in catching the attention of politicians but a concerted effort from all education stakeholders (the DfE, education unions, recruitment agencies, think tanks, and charities) is needed in order to rebuild the confidence of the education workforce. In turn, the profession will sell itself to the teachers of the future.