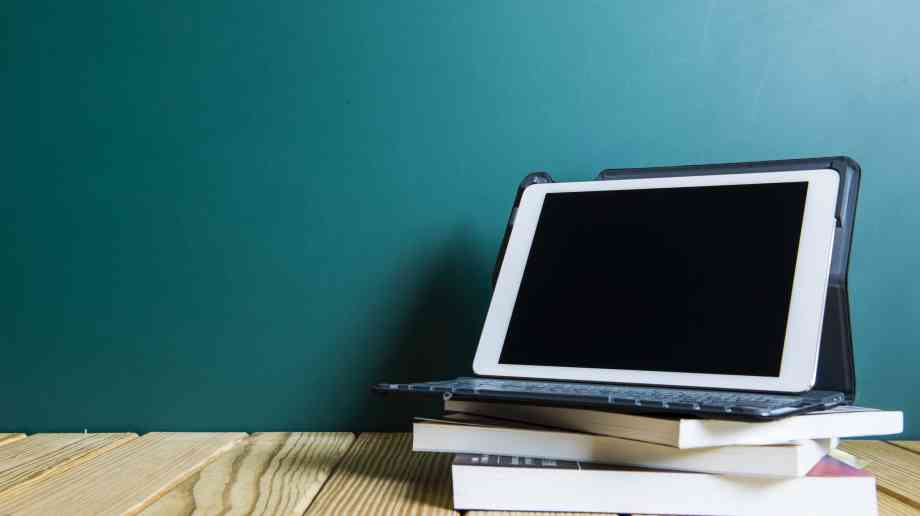 An update on technology in schools

Over the next two issues of Education Business, Mark Rosser, membership manager at the British Educational Suppliers Association (BESA), will examine research on the current levels of resources and budgets in schools. This month he starts by looking at technology resources with a particular focus on tablets.

Like Goldilocks in the fairy tale, schools are currently unsure about what is the right sized budget for their specific needs. You may remember for Goldilocks, the first chair, bed and bowl of porridge were too big, the next ones too small and, finally, the third ones were just the right size. Schools’ opinions as to whether their budgets are the right size currently appear to be polarised; for some it’s too small, for others it’s just right.

Back in January, we worked with our technology partners, Naace, to explore schools’ views in relation to investment in technology. BESA’s survey of 1,204 school leaders (719 primary and 485 secondary) supported this notion of a divide between schools; revealing that 39 per cent of primary schools and 45 per cent of secondary schools felt their budget was big enough and that they were likely to maintain their planned ICT investments. So far, so clear. Until we then find that a relatively comparable 46 per cent of all schools feel they are unlikely or definitely not able to maintain their spending in ICT.

While 1,204 responses makes for statistically viable research, it is also healthy to look at the findings from BESA’s Resources in English Maintained Schools (January 2016) survey to compare results. Respondents to this research are again divided, but a little less positive. The findings show that over the last year, there has been an increasing number of school leaders identifying gaps in the sufficiency of resource provision. When we look at these opinions in more detail it is the primary schools that are more optimistic about future funding than secondary schools, but both record less optimism than in previous years.

Painting a fair picture of reality?
What we have noticed over the years is that the opinion of being under-resourced is not always directly linked to the actual provision. One good example to demonstrate this is broadband. Aside from the unacceptable issue of many schools in rural areas not having sufficient bandwidth, in most areas it has increased steadily over the years. Despite this, schools’ perception is that they are under-resourced; as a greater amount of learning content is used and speed expectations rise. In other words, the hungrier you are, the smaller the bowl of porridge may appear.

However, it was when we investigated the resources that ranked as having the lowest level of provision, namely tablets, that we saw that this is not necessarily the case. Despite demand for tablets increasing, 68 per cent of primaries and 59 per cent of secondary schools feel under-resourced with the technology. Is this also a case of an increasing expectation? Apparently not.

As we have touched upon earlier, some schools, generally those based in more rural areas, lag behind in the strength of their Wi-Fi connectivity and broadband provision (Information and Communication Technology in UK State Schools, BESA, 2014). It is certainly of concern that children in these more rural schools may be denied access to the latest, most innovative digital education learning content because of a mismatch in broadband and connectivity, as the findings of our research implied.

In a 21st century online economy, classroom connectivity to a digital world of knowledge and resources should be a right for every student in their place of learning, not a regional lottery. While there was a slight improvement last year, levels are still unacceptable.

Many of these same schools also report low levels of tablet adoption because without acceptable levels of bandwidth, the effective use of tablets is compromised.

An additional investment?
But this is not the only reason for under‑resourcing in tablet technology. John Graham, head of public sector sales at BESA member, ICT Direct, believes it is also linked to the perceived benefits of mobile technology, and where tablets may fit in an educational setting.

He said: “Tablets have their place in schools but they are often considered an additional investment. When school budgets are tight, this extra investment can be a major challenge.”

Huw Williams, marketing director at another BESA member, LearnPad, agrees: “As outlined by the latest BESA and Naace research earlier this year, the majority of schools are feeling under resourced, with only a few devices to share across multiple year groups. But with the time, effort and additional resources needed to manage tablets, schools are currently assessing whether making an investment from their already ‘squeezed’ budget, is worthwhile. Without doubt, the schools that have invested time and effort into embedding tablets into everyday lessons are reaping the rewards and have already purchased more devices.”

Half of the problem
While at BESA, we continue to encourage schools to consider the total cost of ownership and not just the initial price tag, it is important to remember that there are lower cost tablet devices available, rather than having to pay the premium price tag for the big name consumer brands; some offer schools the ability to purchase twice as many devices for the same cost of another brand and as long as they are BESA members they are more likely to be good products.

As John Graham advises,:“One route many schools across the UK have chosen to take is investing in refurbished computer equipment. By purchasing high quality business grade computers and servers at a fraction of their original cost, schools can then invest the money they have saved into tablet technology. In fact, in several cases the schools have used the remaining budget to invest in equipment throughout the coming year, replacing old or obsolete kit as and when required.”

But, as with any purchase, making sure the device, associated software and implementation is the right fit for the school’s requirements should be the overarching factor in any tablet purchase.

However, as Huw points out: “There are a number of schools that have not seen a rise in engagement, nor a positive upturn in attainment. These schools are not only questioning if they have invested in the correct device but also if they have used the correct strategy to support their staff in embedding the tablets into their lessons.”

As outlined in the BESA Tablets and Connectivity report (June 2015), only 38 per cent of primary schools and 21 per cent of secondary schools have successfully integrated tablets into lessons. This means a change in approach is needed if they are going to invest further in tablet technology. Best practice schools reference teacher controls, device management and the ease of delivering differentiated content and activities as keys to a successful implementation.

Having the correct management tools that are not overly complicated and are created for all levels of technical ability is definitely a must for any school looking to make an investment. John Graham adds to this list by recommending that schools consider the cost of rugged cases and secure storage to protect tablets from damage. He also stresses the importance of taking out good warranties with tablets, as they are sealed units and therefore more difficult and costly to fix than a standard desktop computer.

The world of technology is fast changing and it is often difficult to keep pace with new developments let alone contemplate how they will benefit teaching and learning. At a time when schools’ porridge bowls appear to be getting slightly smaller, we recommend you turn to BESA members for their advice to ensure you are investing wisely and getting the most out of your budget.