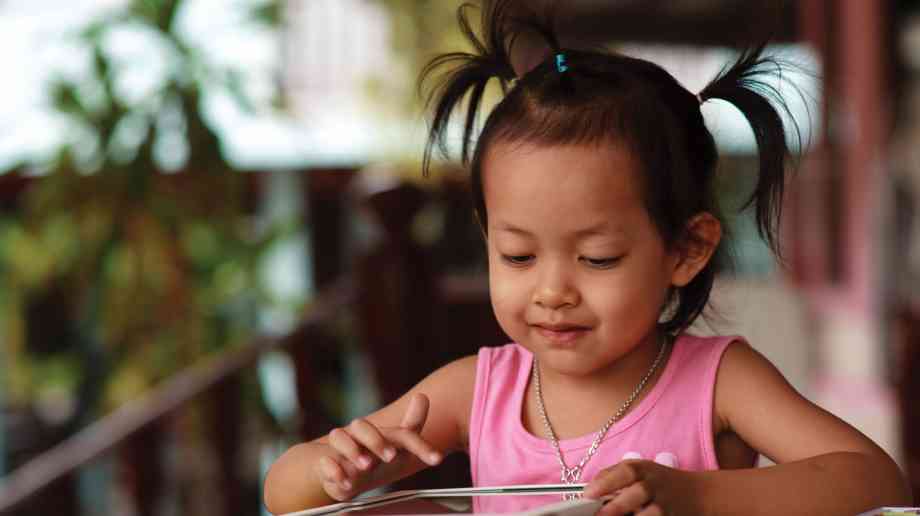 Plugging in to the potential of mobile technology

Despite some conflicting opinions, technology seems destined to play an increasingly prominent role in the classroom. Education Business examines the role of mobile technology and how schools can fully harness its potential.

A recent Organisation for Economic Cooperation and Development (OECD) report deemed that schools across the developed world have failed to ‘take advantage’ of the potential of technology in the classroom. The report, entitled ‘Students, Computers and Learning: Making the Connection’, was the first of its kind to provide an internationally comparative analysis of the digital skills that students have acquired and of the learning environments designed to develop these skills.

According to the OECD’s analysis, 96 per cent of 15 year-olds in OECD countries had a computer at home as of 2012, while only 72 per cent reported to use a desktop, laptop or tablet at school.

While this could be seen as damning proof that technology does not have the capability to improve educational outcomes, and instead provides a platform for students to be become distracted from learning, Andreas Schleicher, OECD director for education and skills, concluded that schools systems ‘need to find more effective ways to integrate technology into teaching and learning’.

According to Schleicher, educators need to be provided with learning environments that ‘support 21st century pedagogies’ and can provide children with the skills they need to succeed in ‘tomorrow’s world’.

While the OECD’s research highlights failings in the implementation of technology, the social shift towards an increasingly connected world means that it can not simply be discredited as ‘not suitable’ for the classroom and must instead be better utilised to support students’ learning, while simultaneously developing their digital skills.

Schleicher commented: “Technology is the only way to dramatically expand access to knowledge. To deliver on the promises technology holds, countries need to invest more effectively and ensure that teachers are at the forefront of designing and implementing this change.”

Mobile Technology
Techknowledge for Schools, formerly ‘Tablets for Schools’, was set up in 2011 to monitor the adoption of mobile technology in UK schools. Techknowledge for Schools believes that technology can be used as a tool to encourage children to take a more active approach to their education allowing them to personalise their experience and equipping them for a ‘digital future’. It has conducted extensive research into the barriers to adoption and implementation of technology in schools, with a specific focus on mobile technology and 1:1 provision.

The report notes that laptop and tablet computers offer ‘greater flexibility’ to teachers and students, and Techknowledge for Schools suggests that mobile technology can hold the key to creating equal opportunities for all pupils, giving them access to the best teaching the world, no matter their background.

Techknowledge for Schools acknowledges that the adoption of mobile technology can be ‘risky for schools’, but, when implemented effectively, can facilitate a bespoke learning experience to enhance students’ learning.

1:1 provision
A large portion of Techknowledge for Schools’ research has been based on the provision of 1:1 mobile devices in the classroom.

A research summary covering findings from the last four years argues that 1:1 technology enables pupils to be more creative, independent and collaborative. Pupils interviewed by Techknowledge for Schools displayed greater motivation and interest in schoolwork when using 1:1 mobile technology, with pupils expressing satisfaction with learning and taking pleasure in the interactive nature of tablets.

Honywood was Techknowledge for Schools’ original research school, being one of the first in the UK to introduce 1:1 mobile devices. Research from 2013 showed that 87 per cent of students at Honywood found learning easier because of their tablets, while 72 per cent felt that their work had improved as a result of using 1:1 mobile technology.

Pupils felt that using tablets would have a direct impact on their academic achievement, with 68 per cent believing their grades would be improved.

Tablets were also found to greatly improve independent learning, with 100 per cent of pupils reporting that their tablets helped them to do research for school work, and 88 per cent reporting that tablets enabled them to work at their own pace and not worry if others are working faster or slower than them in lessons.

Additionally, 92 per cent also felt that working on tablets helped them to share their work with others in lessons.

Techknowledge for Schools stresses the importance of extra freedom granted to pupils by the use of personal mobile technology, as it allows them to conduct their own individual research.

This is a benefit for teachers as they do not have to book resources in advance, and also facilitates more opportunities for pupil-led learning.

There are also benefits for children with behavioural problems, as Techknowledge for Schools has found the use of mobile technology made them more motivated to work.

Additionally, tablets have been found to benefit pupils with special educational needs (SEN). The intuitive nature of a touch screen interface helps SEN pupils to engage better with learning, and a wide range of applications are available specifically designed to support SEN pupils, which can be used on a more regular basis when a pupil has their own personal device.

Successful implementation
Techknowledge for Schools has outlined a number requirements to successfully implement mobile technology in the classroom. The first is support. The educational charity highlights that the adoption of tablets is not always an easy process, and so the drive and determination of school leaders is important to facilitate the change needed for support staff to successfully implement the technology.

Following on from this, it is important to engage teachers in the process from the start. The research has shown that teachers become more enthusiastic about the adoption of mobile technology as they begin to understand the full potential, so supporting this understanding from an early stage is vital. The majority of schools interviewed by Techknowledge for Schools stressed that the need for teacher training cannot be overstated.

Another important consideration is IT infrastructure. Schools must ensure they have sufficient Wi-Fi coverage at the planning stage to avoid technical issues and costly improvements after mobile devices have already been rolled out. Each school involved in Techknowledge for Schools’ research had to invest in improvements to technology infrastructure to ensure that the bandwidth could cope with the increased demand.

Schools should also consider breakages to the technology. Robust covers can be a good way of extended the lifetime of mobile technology and protecting it for accidental damage. Techknowledge for Schools also suggests that schools consider the possibility of having a repair centre close at hand, possibly within the school. Schools may also consider insurance plans, although these can prove to be costly and many schools do manage without.

Involving parents from an early stage can also be essential to successful implementation. Parents were involved in over 60 focus groups organised by Techknowledge for Schools and voiced concerns over costs and security. Some felt that if their children had their own tablets to work on, it would mean they never get a chance to switch off of school work. The charity takes these concerns seriously and advised that schools should encourage parents to impose limitations on their children’s mobile technology use at home, to ensure they have suitable ‘down time’. Providing training and information can also help to engage parents with the process, making the introduction of mobile technology a much smoother process

Barriers to implementation
Online safety has been highlighted as a key concern for parents. The roll out of personal devices gives pupils more time in contact with the internet and makes it harder for teachers and parents to monitor this activity, which could result in pupils being more vulnerable online and more likely to view content that isn’t age appropriate.

Additionally, 48 per cent of 11-12 year olds admitted to feeling distracted by other things on their mobile device while doing their homework. This increased with age, with 67 per cent of 16-18 years olds saying they felt distracted.

This gives further credence to the advice that parents should set limits on the time children can spend on connected devices. While increased use of mobile devices in schools could further compound these issues, Techknowledge for Schools’ research did find that 87 per cent of secondary and 81 per cent of primary students said that their schools had blocks on certain websites, including domains or apps such as Facebook, Instagram, Snapchat and Twitter.

Besides safety, the other biggest barrier to adoption is financial concerns. Having questioned 21 schools that had adopted 1:1 mobile devices, the research found that 80 per cent had incurred additional IT costs, which covered things such as additional IT staff, upgrades to wireless access, storage and charging facilities and mobile device management systems. In addition to this, 53 per cent of schools felt that they required external help with Wi-FI.

While research has shown that the increased roll out of 1:1 mobile devices could have the potential to improve learning outcomes and help schools to better take advantage of the connected world we now live in, the successful implementation does face a number of barriers. Cost is always a key consideration for schools, and until mobile technology can more clearly demonstrate tangible results, it is likely many will be put off the implementation of 1:1 personal devices.
For those that do wish to move towards such a programme, it is clear that guidance for schools is essential to ensure that the proper infrastructure and safety measures are in place, as well as ensuring that school leaders understand how to properly engage all relevant parties in the process, from teachers to pupils to parents.