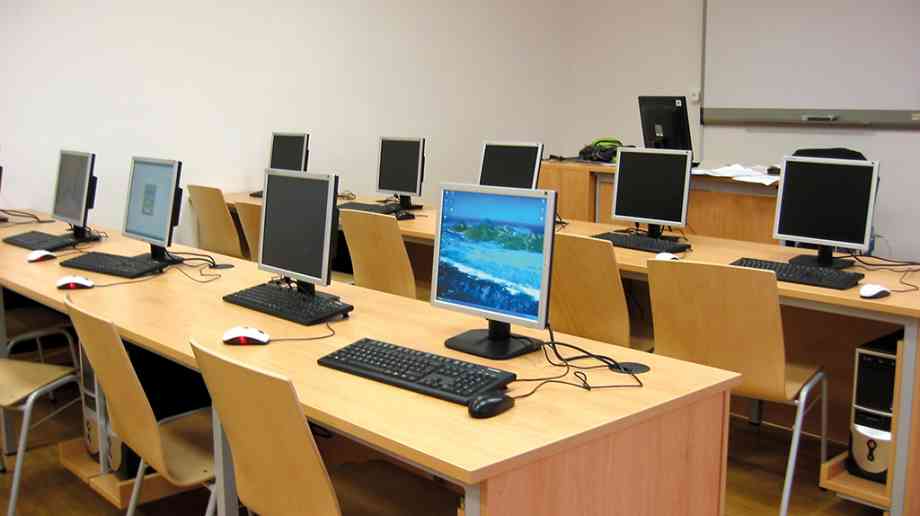 How to make tech education fit for purpose

In 2014, the UK government created the new computing GCSE in an attempt to instil them in the next generation of tech minds. This new syllabus aims to introduce teenagers to concepts such as coding and programming.

The planned crackdown on immigration following the Brexit vote is set to rip the heart out of Britain’s tech sector, particularly as around a third of all technology jobs are held by those from overseas. Now more than ever, we need to develop our domestic talent.

The new computing GCSE is a step in the right direction, but ultimately does not even scratch the surface of the issue of the skills shortage in Britain’s tech industry. It is an admirable attempt to equip young people with the skills they need to be tech professionals and computer scientists, but the new qualification faces serious challenges in its current form.

Just 16 per cent of those taking the qualification are girls. Fundamental tech skills must be instilled at school age, so the government and the industry need to do more to ensure that girls are taking these qualifications in equal measure if we want to iron out gender imbalance in the industry. Encouraging girls to go into STEM fields must happen at a societal level rather than just an individual one.

Greater gender equality in technology is imperative to the sector’s success. Otherwise, it risks alienating half of the UK workforce, missing out on an untapped pool of talent.

Figures from the US suggest that women hold about 40 per cent of mathematics degrees, but only 18 per cent of engineering and computer science degrees. What this demonstrates is not a natural propensity towards less technical subjects, but a degree of social influence.

Engineering and computer science degrees are more vocational and geared towards their respective industries than maths, which is more open in terms of where it can lead. In other words, it is the misogyny in the tech industry that is putting women off of these courses, rather than a lack of talent or potential.

The government has a duty to increase the number of women in STEM, and this starts with encouraging more women into these qualifications, like computing, at GCSE level. Women are often apprehensive about entering the sector, due to its reputation for it being male dominated and misogynistic, with a lack of female and non-stereotypical role models available.

Making more information available to women and girls is essential in challenging these negative stereotypes about the industry. Teachers need to be instructed to actively encourage female participation in these subjects. Rather than just introducing this qualification, the government must play a pivotal role in ensuring a greater female uptake.

While the issue of gender imbalance in the industry is not necessarily solved at the level of education – in the US, only one in seven women with a STEM degree actually works in that field – ensuring that a more equal number of men and women possess technical skills at GCSE level is certainly a start.

There is also a lack of teachers actually qualified to deliver this relatively demanding course. The requirements of doing so far exceed that of an ICT teaching post, and teaching it effectively requires at least a degree-level knowledge of computer science.

If the information is not being delivered to students effectively and accurately, their digital skills are unlikely to be at the level required to enter the sector. The issue already seems evident: in 2017, just 41 per cent of students achieved a B or higher in the course, which is below average in comparison with other subjects.

At school, every one of us had a teacher who inspired a love for a particular subject. Having knowledgeable and inspiring teachers is clearly essential for increasing uptake. As a relatively new and challenging qualification, more needs to be done to encourage students to study it – particularly female students.

Although the 2017 intake was up nine per cent on that of 2016, this is smaller than the difference between 2015 and 2016. The rate of progress is, quite simply, not good enough. We need teachers that are confident in the course, and that can make learning computing an exciting prospect.

The problem here, however, is that the education sector is competing with tech firms for top computing talent. As motives for going into tech are often financial, it will be near on impossible for schools to match tech firms’ handsome graduate salaries.

The industry should take inspiration from programmes such as Teach First and Now Teach, which take highly qualified individuals and put them on a two-year teaching contract.

Teach First takes recent graduates from top universities and puts them on a fast-track teacher training course in struggling schools. Their variety of corporate connections and partnerships, such as Accenture and Goldman Sachs, lure in graduates who view the programme as a stepping stone to another career.

Now Teach is similar to Teach First, but works in reverse – it takes people who have had a successful professional career, and retrains them as teachers. There are many skills developed in teaching, such as leadership, social skills and the ability to work under pressure that tech firms could significantly benefit from.

As a result, they should reach out to and partner with programmes like Teach First and Now Teach. This is an essential investment, not only in developing current graduate employees, but also by shaping young tech minds that could go on to drive the sector in the future.

WHO CAN SOLVE THE ISSUE AND HOW?

The difficult in developing top tech talent is an issue for us all; a strong tech sector is becoming increasingly essential for a thriving economy.

Particularly, given the hurdle that Brexit poses to recruiting international tech talent, cultivating tech skills in young people is imperative.

In introducing the new computing qualification, and a curriculum that requires computing skills to be taught to pupils as young as five, the government is heading in the right direction.

However, more can and needs to be done – for example, in making sure the qualification is better marketed, particularly to women. Providing teaching resources to schools is another way of furthering the impact of the new course, to ensure teachers are up to scratch and fully supported in delivering it.

The British Computing Society (BCS) has implemented a scheme to update the skills of ICT teachers, but only has enough funding to reach 20 per‑cent of schools. Increased government funding in this area would be a long-term investment: a well-equipped technology sector would bring astronomical returns.

However, no one body can solve the issue alone, and the industry itself should be doing more to source and cultivate tech skills and talent. One such way of doing so would be to set up and fund digital skills colleges, such as female-led Ada, which are focused on training up future tech workers and software developers.

Companies themselves can fund apprenticeships, training young people who have potential in the industry but may not have had access to computing knowledge at school or university.

The industry as a whole should make more of an effort to promote women to higher positions, and to reach out to young women who might be interested in tech, to help cultivate a new pool of specifically female talent and address the gender imbalance in the sector.

The introduction of GCSE computing was a brave and necessary step by the government, but it needs to be overhauled if it is to deliver its goals and avoid worsening the challenges that already face the industry.

A survey, reported to be the 'biggest ever consultation with children in England', will find out what children's priorities are post-Covid.

The new framework has seven lots, varying from classroom furniture to specialist rooms and furniture for special education needs.

The Local Government Association has said that the extension of the coronavirus grant scheme until June could allow councils to provide support for families entitled to free school meals during the May holiday period.

Sixty per cent of pupils happy with school lunches

Research conducted for the Heinz Fit 4 Future guide has revealed that 60% of school children aged six to 16 either 'like' or 'love' their school lunches.

Established in 1947, Jacksons Fencing is a British fencing manufacturer, supplying high quality timber garden fencing and landscaping products, and steel security fencing, gates, and access control to all types of educational facility, from nurseries and schools, to colleges and universities.