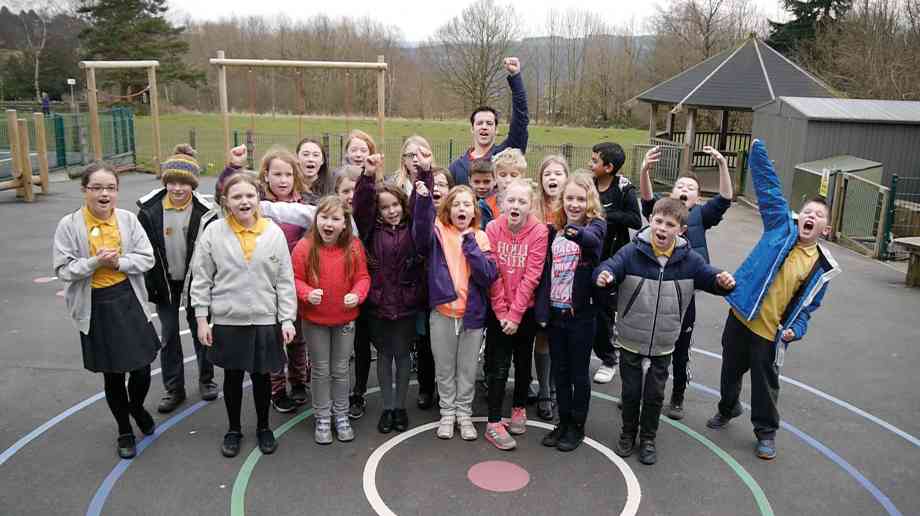 Get Set for the Olympic and Paralympic Games

Get Set, the youth engagement programme from Team GB and ParalympicsGB, is calling on all schools across the UK to get active in the run-up to the Rio 2016 Olympic and Paralympic Games. Building on the legacy of London 2012, Get Set offers a number of opportunities to inspire young people to live healthier lives and strengthen relationships with their local communities using the power and magic of the Olympic and Paralympic Values.

The Road to Rio Challenge
Get young people fit and active through Get Set’s Road to Rio Challenge, which inspires teams of five to 19 year-olds to travel the distance from London to the Olympic stadium in Rio de Janeiro through any sport or physical activity. It could be walking to and from school, a PE lesson or a game of football. It’s really easy to add your minutes of activity online and the kilometres you cover are calculated automatically.

There are lots of ways to get involved and win exclusive rewards along the way, including Team GB and ParalympicsGB kit. The first 1,000 schools to add activity on the Road to Rio Challenge will win a limited edition Olympic and Paralympic A2 poster.

The Olympic and Paralympic Values
Take part in the Values Awards by working through a series of online and offline challenges. Young people can be rewarded for demonstrating their commitment to the Olympic Values of friendship, excellence and respect and the Paralympic Values of inspiration, determination, courage and equality. Activities are open to seven to 19 year-olds and support Ofsted requirements while building character and resilience in students. Teachers can track students’ progress online and unlock fantastic rewards and athlete messages when they complete an award.

Since their Get Set journey began five years ago, Helme CE (VA) Junior & Infant School has adopted the Values as their own. The school aims to demonstrate the Values in all areas of school life and award certificates every week in their assembly. Recently, they organised their own Dance Off competition which celebrated the Value of equality and involved a Strictly Come Dancing routine that included the whole school.

Alex, a nine year-old at the school, said: “We all worked as separate teams for our Dance Off competition, but we were also one great big team supporting each other.

This shows that the Value of equality was there for all to see. There were girls and boys dancing together and we also had some children who have support workers, who danced in groups like everyone else. We all performed together and looked out for each other.”

To find out how to get involved and watch our short film head to www.getset.co.uk/values-awards

Improving your community
Thousands of 14-19 year-olds across the UK have been inspired to engage with their communities through Get Set for Community Action. The programme equips young people with life skills by supporting teams to plan and run projects, which help to make their communities healthier and more active places to live.

Get a team of students to plan and deliver two projects in the run-up to the Rio 2016 Olympic and Paralympic Games.

They can be as simple as an afternoon tea in a residential home to planning a Rio-themed sports day at a local community centre.

John Doherty, Get Set for Community Action Team Coordinator from Davenant Foundation School in Essex, gave us his top tips on getting students involved in their community.

Planning the projects
“Most schools are already working in their community, so start by taking a look at what you’re currently doing. Bring what you’re doing into Get Set for Community Action so that your work is recognised under a national programme E  that provides rewards to your school. If you’re not already working in the community, start small and gradually build up rather than starting overly ambitious and spreading yourself too thin.”

“Be realistic, but also be creative with the available resources, time and facilities.”

Talk about the benefits
“Get Set for Community Action is a fun project that rewards students for getting involved in their community.

It provides life skills, such as the experience of project planning and the oversight of money – all really beneficial for your students’ CVs and UCAS applications.

There is also real added motivation for the students knowing that the programme celebrates them and their achievements and they also have a chance to meet an athlete.

Through their involvement, I have noticed huge confidence improvements in my students as they learn to work and engage with people on different levels. They benefit from knowing that they are making an impact on people’s lives.”

Make a difference at www.getsetaction.org.uk

The latest winning school was Helme CE (VA) Junior & Infant School, where Class 5 pupils had the opportunity to meet and interview Paralympian Nathan Stephens for their film.

The theme of the film was ‘Using the Paralympic Values’. The pupils were split into two film teams and truly immersed themselves in their roles. They interviewed other school children and teachers and chatted with Nathan about his career, how he applies the Paralympic Values to his everyday life and how the Values have made a difference.

Sam Brian, class teacher, said: “The children doing the filming had such an amazing day – they were all buzzing as they left school. The rest of the school, who were asked to be interviewed by the team, were equally as chuffed. Nathan was great with the children. I really cannot put into words the impact that winning this workshop has had on our small school. We are made to feel ‘big’, thanks to all of your work.”

Show your sporting spirit
Get Set for the Spirit of Sport, developed with UK Anti-Doping (UKAD), encourages young people to develop a core set of sporting values, enabling them to make the right decisions on and off the field of play. Practical and classroom-based activities provide 10 to 14 year-olds with an opportunity to practise making decisions that uphold fair play, respect and friendship in a fun and interactive way.

Howard Auckland, deputy head teacher of Albrighton Primary School, said: “Get Set for the Spirit of Sport had a positive impact on my pupils. Lessons were fun and engaging, they challenged pupils’ views and understanding. I definitely recommend these lessons.”

Tracey Crouch, minister for sport, said: “It’s essential our star athletes of tomorrow are educated on the dangers of doping and the value of clean sport. Get Set for the Spirit of Sport is a great way for young people to understand the importance of competing on a level playing field and I would encourage schools across the country to get involved.”