NEU 'has no intention' of taking down School Cuts website 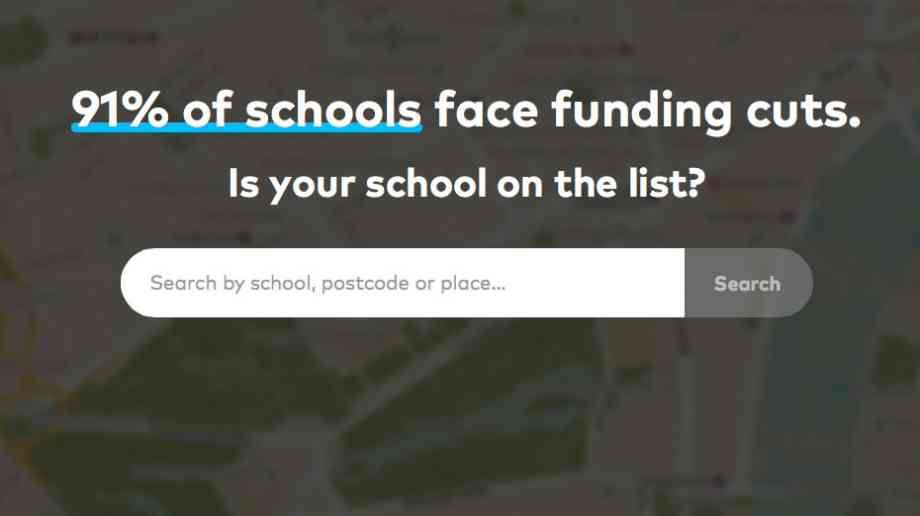 Mary Bousted & Kevin Courtney, Joint General Secretaries of the National Education Union, have responded to the Deputy Chairman of the Conservative Party's demand that its Schools Cuts website should be taken down "immediately".

"Thank you for your letter

We have no intention of taking down the school cuts website. - as we stand by our figures.

We will be updating School Cuts website shortly with the latest figures from government. The release will look at the period 2015/16 to 2018/19 to show the scale of the cuts that hjave taken place since the Government made the manifesto "To protect school funding" in 2015.

The funding crisis in our schools is very real. Only this Wednesday your Conservative colleagues Esther McVey MP, Fiona Bruce MP and Antoinette Sandbach MP secured a debate in Parliament about education funding in Cheshire.

They quoted from heads who said the Government should stop misleading the country by stating that record amounts are being spent on education when according to the Institute of Fiscal Studies, since 2010, the amount spent per child has in real terms fallen by 8 per cent.

Your colleagures rightly highlighted how pastoral support is being cut or removed at a time when the need is greater than ever. How class sizes have increased to unimaginable numbers and the needs of pupils with SEND are not being met as they should. They went on to say how courses have been cut denying many young people the opportunity to study what they want to.

Esther McVey talked specifically about Cheshire East Council's consideration of a three year budget forecast. By March 2021, 50 per cent of maintained schools in the borough will be reporting a deficit in excess of £100,000. Schools will have to look at reorganising, whether that means creating federations or possibly closing. She quite rightly said that this would not meet the needs of families and children in Cheshire East.

These issues are not unique to Cheshire, and are the very real experience of heads, teachers, school support staff and parents across the country. Over 76,000 people have signed an e-petition to 'increase funding for schools'. This will be debated in the House of Commons on 4th March. We would also like to refer you to the House of Commons library data on school funding by parliamentary constituency, published on 5th February, which also categorically shows the real terms cuts faced by our schools.

We are happy to meet with you to dicsuss the damage school funding cuts are having on the education of our children and young people, and to discuss the School Cuts website figures."