Skip to main content
Home / Features / Who’s in the Department for Education? 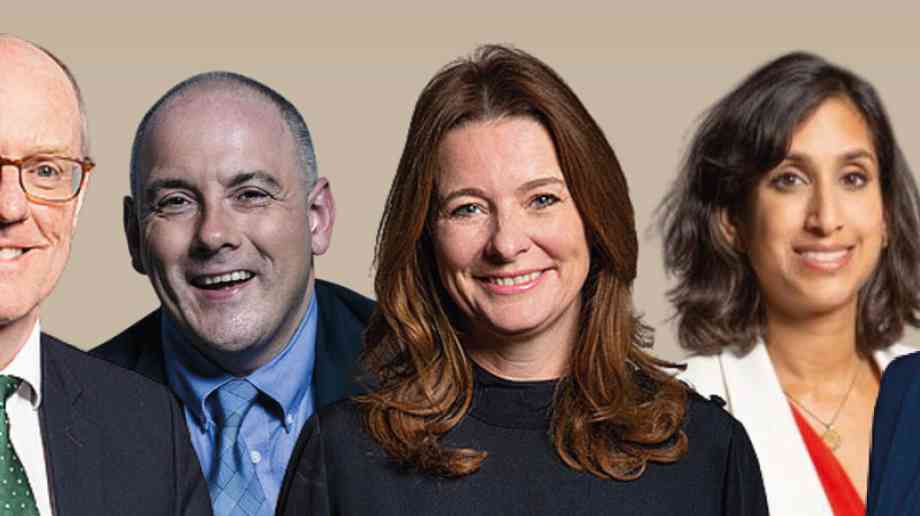 Who’s in the Department for Education?

Alongside changes to the education secretary, the ministers in charge of education also changed. So who now makes up the Department for Education?

Gillian Keegan is the current education secretary, having taken post on 25 October 2022.

The MP for Chichester in West Sussex was born in Leigh, Lancashire. Keegan went to primary school in Yorkshire and completed her secondary education at a comprehensive school in Knowsley, Merseyside. She started work as an apprentice at Delco Electronics, a subsidiary of General Motors in Kirkby aged 16.  Whilst learning about the manufacturing industry she was sponsored to study a degree in Business Studies at Liverpool John Moores University.

Keegan spent many years living and working abroad in the manufacturing, banking and IT industries, most recently as chief marketing officer for Travelport, a travel technology company.

Former schools minister Nick Gibb has been reappointed as a minister for state at the Department for Education.

Nick Gibb was schools minister for nine years before being removed from his position when former prime minister Boris Johnson reshuffled the cabinet.

Gibb has had a long and influential career within the Department for Education, serving as Shadow Minister for Schools from 2005 until 2010, and as Minister of State for Schools from then until September 2012, a position he returned to in 2014 and retained.

He had significant influence on education policy, particularly around phonics and children’s reading. He is a divisive figure, with some liking his traditional methods, while more progressives do not.

His responsibilities at the DfE will include school accountability, inspection, standards, and primary assessment. His role also involves supporting a high-quality teaching profession including professional development, and supporting recruitment and retention of teachers, including initial teacher training.

Robert Halfon was appointed Minister of State at the Department for Education on 26 October 2022.

The MP for Harlow is the chair of the Education Select Committee. It is his role to scrutinise government policy and lead the debate on ideas on how to improve education. The Education Committee has recently raised concerns about the lack of resources in the SEND system and funding being targeted at more costly, late-stage interventions. The Committee is urging the Government to heighten accountability for schools and councils falling short on SEND requirements and to increase support for families navigating the SEND system.

The Committee also lead an inquiry into the government’s catch up programme, and found that it risks failing pupils who need it the most, and urged the government to prove it is working.

Halfon attended the University of Exeter, where he read for a bachelor of arts degree in politics before a master of arts in Russian and East European politics.

Halfon's responsibilities at the DfE include overall strategy for post-16 technical education, T Levels and transition programme, qualifications reviews, apprenticeships and traineeships, further education workforce and funding. His role also covers technical education in specialist schools, college governance and accountability, and reducing the number of young people who are not in education, employment or training.

Academies minister Baroness Barran has remained in post under Rishi Sunak’s government. She has survived all the recent reshuffles, meaning Gillian Keegan is the fifth education secretary she will work under this year.

Barran was appointed Minister for the School System in September 2021. Her responsibilities include academies and multi-academy trusts.

Former prime minister Liz Truss was reportedly planning to scrap the proposed schools bill, which includes introducing new academy regulations. It is unclear as to what direction Rishi Sunak will take on acadamisation plans.

Barran is chairing a review into how government works with academy trusts, to future proof the role of academies. It will look at the standards trusts are held to, and the thresholds at which the government uses its powers to intervene in rare cases of underperformance.

Claire Coutinho was appointed as a junior minister at the Department for Education on 27 October 2022.

She was previously Parliamentary Under Secretary of State at the Department for Work and Pensions between 21 September 2022 and 27 October 2022.

The MP for East Surrey started her career at Merrill Lynch, before leaving the City for a career in social justice policy. She focused on a wide range of issues from education to financial inclusion, to the regeneration of deprived communities including at the Centre for Social Justice. She then spent two years within Government as a Special Adviser, including at HM Treasury.

She has a master’s degree in Maths and Philosophy from Oxford.

There have not been any official announcements since prime minister Rishi Sunak has taken post. His first speech said that he will “deliver on the promise” of the Conservative party’s 2019 manifesto, promising to deliver better schools.

He reportedly wants to reform post-16 education with a new ‘British Baccalaureate’, which would require all pupils to continue to study core subjects like English and maths in sixth form.

He has also said he wants to improve professional development for teachers, and expand the use of artificial intelligence and digital technology in classrooms to reduce teacher workload.

Sunak has also said he will ask Ofsted to assess the quality of physical education in its school inspections, and that while he wants the PE and Sports Premium to continue, he wants to tighten the guidance on how it can be spent.

Sunak has also proposed that schools should open after the school day or over the summer holidays to allow local communities to use their facilities.

And what about Sunak’s own education? He attended Winchester College, before studying philosophy, politics and economics at the University of Oxford.