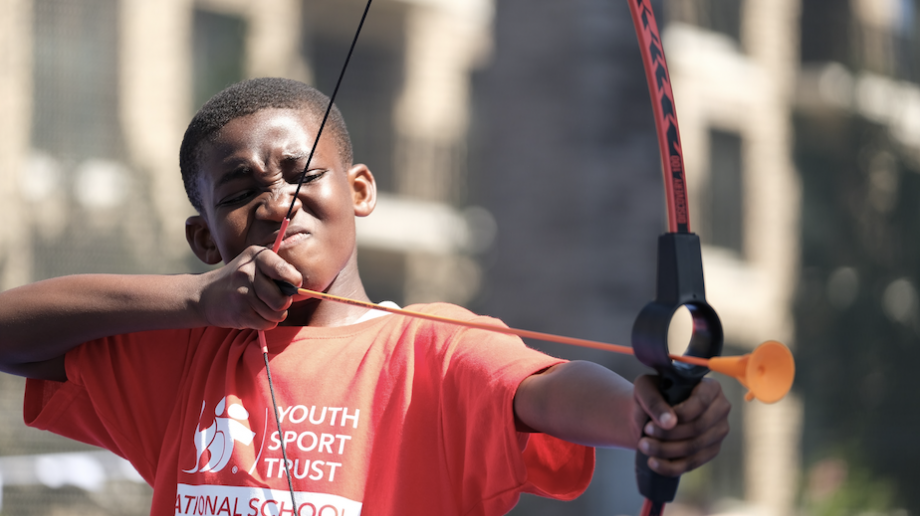 A week-long celebration of school sport

Following school closures and a year in which sports days were forced to take place at home, schools across the country came together to celebrate a week of sport between 19 and 25 June

Everyone from sporting stars, teachers and politicians united to promote the importance of school sport and PE. More than 2,000 schools, organisations and communities signed up to take part in the week.

Sporting stars Hannah Cockroft and Lucy Shuker, along with dozens of politicians, joined in to support the week and champion the importance of school sport. Minister for Sport Nigel Huddleston visited a primary school in London along with former Team GB swimmer Jazz Carlin.

Using free resources provided by the Youth Sport Trust, schools found innovative ways to bring this year’s theme of Together Again to life, from St Elizabeth’s School in Manchester basing their events around a thank you to the NHS, to Plantation Primary School in Liverpool putting on its own Highland Games for pupils to get involved in from home.

More than 1,600 schools pledged to hold a school sport day as part of the campaign, after so many young people missed out last year.

Analysis by the Youth Sport Trust shows this would equate to sports days for at least 818,000 young people.
Pupils of all ages got moving in classrooms up and down the country as they learned a special National School Sport Week dance routine choreographed by Pussycat Doll and Youth Sport Trust Ambassador Kimberly Wyatt. Youth Sport Trust staff also joined in the fun.

Inspired by UEFA Euro 2020, football festivals were held by schools up and down the country promoting equal access to the game for girls. England legend Kelly Smith inspired girls at an event put on by The FA and Youth Sport Trust at a London school, part of the Game of Our Own Leadership Programme - supported by Barclays. Separately, the Manchester United

Foundation was one of several club foundations to get involved, inviting children from local schools to hold sports day events on the pitch at Old Trafford.

As part of an initiative with Purplebricks, schools encouraged pupils to unleash their creativity by designing artwork in support of Team GB ahead of this summer’s Tokyo Olympic and Paralympic Games. Olympic legend Denise Lewis helped launch the first mural, in Hertfordshire.

And young people at St Alban and St Stephen Catholic Primary School in St Albans helped to lead a national Pause to Play to kick off the week, which featured on CBBC Newsround.

Many school events saw young people leading and designing their own activities. It came after new research – released by the Youth Sport Trust at the start of the week highlighted the importance of empowering young people to lead sporting activities.

The charity believes empowering young leaders holds the key to getting a generation of young people more active. The study of young people aged between 5 and 16, carried out by Foresight Factory on behalf of the Youth Sport Trust, found that a majority of young people want to do more sport and exercise (54 per cent agreed with this now vs 44 per cent who said the same in a study published in 2015).

There has been a significant increase in young people who say they would play more sport if it was led by somebody their own age. 36 per cent of young people agreed with this, compared with 23 per cent who said the same in the 2015 study.

Taking part in sport led by somebody their own age is particularly important for young disabled people, with 46 per cent saying this would lead to them playing more.

The full findings of the research are due to be released over the summer as a follow-up to the Youth Sport Trust’s original Class of 2035 report, published in 2015.

Ali Oliver MBE, Chief Executive of the Youth Sport Trust, said: “We’re thrilled that so many schools and partners have held Together Again school sport days this National School Sport Week. It is a real celebration of togetherness and the important, powerful role of sport in helping young people to recover from a year like no other.

“Sports days don’t have to be about being the best, strongest or quickest, they are a celebration of bringing us together and learning key skills like communication, empathy, teamwork and resilience.

“As our new research highlights, this is not just about getting young people taking part but also empowering them to lead and drive change. This is why it has been so good to see many participating schools giving pupils the opportunity to create and lead their own activities.

“Harnessing the important role of sport and activity to support the nation’s recovery from the pandemic will be a long-term challenge, but the activities that have taken place throughout National School Sport Week will be an inspiring celebration of what is possible.”

More ideas on helping young people to recover from the pandemic can be found through the Active Recovery Hub, thanks to funding from the National Lottery.