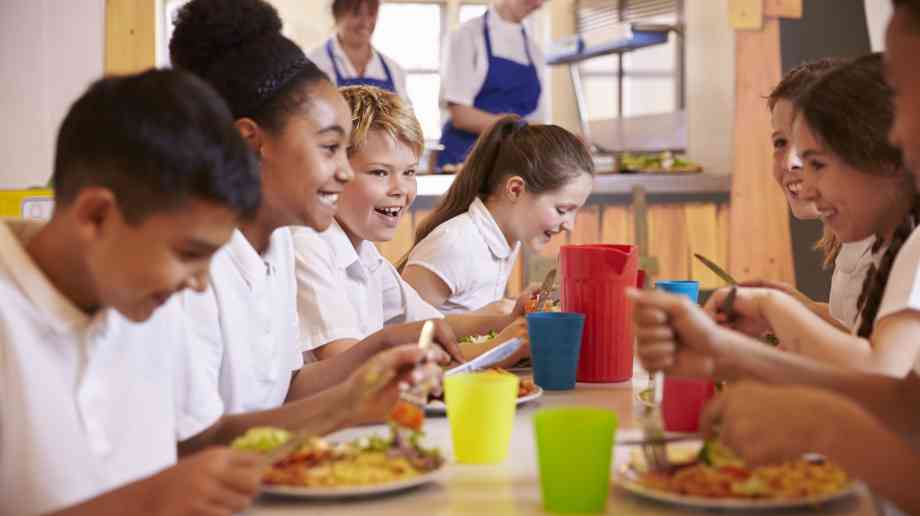 Healthy school meals remain a key tool in the fight against childhood obesity, but there is much more that can be done. LACA’s chair Michael Hales explains the key areas that can make a significant impact on improving the health of children

The food a child eats in their early years influences their dietary habits later in life, so it is vital to instil good habits and a healthy relationship with food from an early age. As the lead voice of the school food sector, serving 3 million lunches in 22,000 schools everyday across England, Wales and Scotland, LACA plays a key role in encouraging healthy eating at school.

Sadly, there are still too many hungry children who are not getting the right nutrition that they need. The Environmental Audit Committee in the House of Commons recently highlighted that one in five children live in a home where adults don’t have enough money to buy food and around three million children across the UK are undernourished. Therefore, it is imperative that all children have the benefits of a hot, healthy and nutritious school meal.

The introduction of Universal Infant Free School Meals (UIFSM) to reception, year 1 and year 2 children by the Collation Government in 2014 was a welcome first step to achieving this, but there is still much work to be done. LACA would like to see UIFSM extended to all primary school children and we urgently call for a review of the £2.30 paid for the delivery of every meal under the scheme.

Our report into UIFSM policy, working together with the Education Policy Institute last year, gave a clear indication that school meals remain a key tool in the fight against childhood obesity and bring a range of benefits for children, schools and families.

But how do we bring these obesity figures down? LACA’s work throughout the year aims to promote healthy eating to as many children as possible. We have four key priorities for 2019 – extending the school food standards to all schools including academies and free schools; extending UIFSM to all primary school children including pupils in Key Stage 2; combatting the proliferation of fast food restaurants near schools and finally supporting a Healthy Rating Scheme which the government has delayed until now.

A commitment to healthy eating

Each year we run National School Meals Week (NSMW), to provide pupils with engaging, educational and fun activities surrounding healthy eating. This year, NSMW celebrated its 25th anniversary and we were delighted to host a parliamentary reception which was attended by both Ministers and Shadow Ministers alike. Our NSMW roadshow visited schools the length and breadth of the country during the week, focusing on five key themes – education, concentration, attainment, energy  and nutrition – all powered by school meals.

In addition to this, LACA run an annual School Chef of the Year Competition (SCOTY) across the country with regional heats, followed by a national final. Competitors’ menus are expected to reflect the School Food Standards of the government’s Universal Infant Free School Meals (UIFSM) Programme. This benchmark is important as the friendly but fierce competition also highlights the ability for healthy, great quality food to be served within the government’s spending guidelines. I am greatly looking forward to this year’s final.

LACA also runs a menu checking service which helps schools and caterers by providing an independent external validation that menus meet the required standards as well as recommendations of how to address any areas where the standards are not currently being met. Building on this, we are currently devising a new accreditation mark which we hope to introduce in the second half of 2019.

What needs to be done?

In the updated Childhood Obesity Plan, LACA welcomed the government’s commitment to extend the School Food Standards to all schools, including academies and free schools. LACA would like to see the Childhood Obesity Plan go further. Obesity cannot be solved through school meals alone and encouraging children to eat healthily outside of the school premises is essential.

One of my key priorities as National Chair is to focus our efforts on improving the quantity of healthy food that is available to children. This includes a campaign to reduce the number of fast food outlets near schools, to stop children from being tempted by fatty, unhealthy meals.

LACA is keen to work together with other organisations in order to achieve this. Whilst Government departments and public bodies acknowledge the scale of the task in hand to combat childhood obesity, it is a challenging task to get everyone on board collaborating on a common goal. Action is needed fast. In London alone, nearly 40 per cent of all London’s children are overweight or obese. We recently welcomed the announcement by TFL to ban fast food advertsting across its network.

The government needs to take more action to encourage healthy eating. The Childhood Obesity Plan in 2016 included proposals for a Healthy School Rating Scheme to begin in September 2017. The scheme plans to demonstrate to parents that schools are taking evidence-based actions to improve their pupils’ health, as well as focus on promoting healthy food both in the dining hall and out, by supporting healthier eating, physical activity and the shaping of healthier habits.

In addition, it would also be linked to Ofsted inspections ensuring that school food is a priority for school leadership.

Finally, it would also run an annual competition to recognise impactful and innovative projects. These plans have sadly been delayed on numerous occasions.

In May 2018, the Health and Social Care select committee produced a report, ‘Childhood obesity: Time for action’. The report said the Healthy Rating Scheme “should be mandatory” and expressed “significant concerns” that the Department for Education had not made any “significant contribution” to the government’s Childhood Obesity plan. When the government then published their updated childhood obesity plan later in 2018, the only mention of the Healthy School Rating Scheme was that the scheme “will ensure that schools have a framework for self-evaluation for promoting healthy eating and physical activity during the school day.”

Whilst the government continues to be preoccupied by Brexit, we do not expect a healthy rating scheme to be rolled out in the immediate future. In the meantime, the British Nutrition Foundation’s Healthy Eating week, running from 10-14 June 2019, should be commended. It is a dedicated week in the year to encourage organisations from across the UK, including 2,000 schools and nurseries, to celebrate healthy living and I would encourage everyone to get involved.

The government has made it their mission to halve childhood obesity by 2030 and to transform the way that children eat. By extending the school food standards, stopping the proliferation of fast food outlets around schools, and by extending UIFSM to all children, in addition to the proposed Healthy School Rating Scheme, can we begin to tackle this epidemic