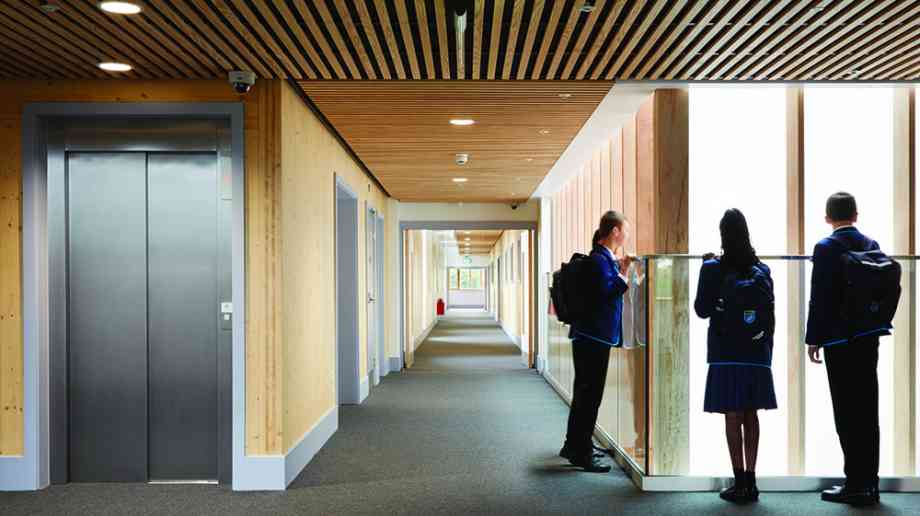 Lowering energy use in old buildings, or ensuring new ones are energy efficient, is one of the main routes to becoming a zero carbon school. Alex Green, schools manager of the Let’s Go Zero campaign, explains how best to reduce energy and cut carbon

Let’s Go Zero is a national campaign coordinated by climate solutions charity Ashden, uniting UK schools working to eliminate their carbon emissions by 2030. A key challenge is how to tackle the abysmal energy efficiency of many school buildings.

Lowering energy use in old buildings, or ensuring new ones are energy efficient, is one of the main routes to zero carbon schools.

Schools can start with simple techniques such as making sure heating systems and other utilities have smart meters, and move up the green scale – retrofitting buildings by insulating walls and roofs, producing renewable energy on-site, and ensuring brand new buildings are as green as possible.

There’s plenty of support out there. Solar for Schools and Energy Sparks are organisations dedicated to improving school energy efficiency, with great activities and lesson plans – while Eco Schools, Transform Our World and the Green Schools Project offer more tips and resources on school sustainability.

Since Let’s Go Zero launched in November last year, we’ve been blown away by the enthusiasm of schools and other partners to join the campaign. Despite the extra workload of Covid, 165 schools had signed up by the beginning of March and 26 local authorities had recommended Let’s Go Zero to local schools. Their efforts will create a huge impact beyond the school gates: we know schools can be pathfinders, showing society the route to a low-carbon future.

Richard Smith, director of School Energy Efficiency CIC has conducted energy audits at over 130 schools around UK. He has also mentored more than 200 schools through Ashden’s Less C02 schools’ programme. He said: “I go into school buildings to investigate energy use with a thermal camera and data monitor controls. Ideally, I take children and staff around with me – it’s great fun doing the measurements together and finding out how they use the school. Do they leave computers on overnight? Are open doors letting all the heat out? Does the school’s site manager know how to set the heating controls? I’ve seen examples of new heating systems not commissioned properly and losing £50k per year.”

He points out that there is now government guidance to help academy trusts comply with their legal obligations through the Streamlined Energy and Carbon Reporting system. “At last the government is shining a light on energy efficiency. But schools need time, funding and support, which is why Let’s Go Zero and the Less C02 programme are both so useful.”

“With more teachers involved in Let’s Go Zero we can really make a difference,” insists Richard. “The kids are energised about the climate emergency – so we need to harness this enthusiasm. It’s an immense task, but if the last year has taught us anything, we are all capable of extraordinary things.”

What’s the deal with Passivhaus?

The Passivhaus design system makes clever use of materials, ventilation, insulation and other non-mechanical approaches to create ultra energy-efficient buildings. There are 13 certified Passivhaus schools in the UK, constructed from a range of materials and to differing budgets. The Passivhaus for Educational Buildings Campaign is spreading resources and information to inspire the creation of even more Passivhaus.

After an arson attack in 2010, Wilkinson Primary School in Wolverhampton embarked on a green rebuild with Passivhaus-specialist architects Architype, previous winners of an Ashden Award for sustainable building.

The structure is a timber frame design with an airtight thermal envelope – an airy and uplifting building made from sustainable low-carbon or recycled materials. It is positioned north-south to maximise natural daylight. Natural ventilation systems keep everyone cool in summer and carefully positioned window shading prevents overheating.

In winter, the mechanical ventilation system (which also recovers heat before it lets out the moist air) uses a CO2 detection sensor to ventilate the rooms the children are in. Triple glazing also massively reduces heat loss in winter.

The school achieved energy reductions of around 90 per cent compared with industry benchmarks from the Chartered Institute of Building Services Engineers. Architype say the school’s Passivhaus requirements incurred no additional design or construction costs. Wilkinson saves £40,000-£50,000 per year in energy and maintenance costs compared to a conventional school.

Architype have also built other Passivhaus schools in the Midlands, plus Ysgol Trimsaran Primary school in Camarthen, Wales. Trimsaran school uses materials that reflect the areas heritage and landscape such as domestically-grown timber, welsh slate tiles and a sedum roof. The first year of post occupancy monitoring showed Ysgol Trimsaran to be using less than half of the primary energy of a comparison school designed to meet building regulations only.

Architype also built Harris Academy in Sutton, London, which was the UK’s first Passivhaus secondary school and the largest Passivhaus school in the UK. They expect to save as much as 90 per cent on their heating bills compared to standard school buildings.

Patrica Opalko, co-head at St. Edmund Campion Catholic Primary in Maidenhead, says a host of measures are driving down energy use at this Berkshire primary.

She says: “We wanted our school buildings to be as sustainable as possible. We had some grants to install the solar panels on the nursery and school roof. Any electricity produced that is not used by the school (for instance during school holidays) is sold back to the electricity company giving us extra income. In addition, the main school is heated by a biomass boiler using wood pellets. It’s been a fabulous method of heating the school. We had an oil burning boiler before and the school never felt warm.

“The nursery and reception block are heated by a ground source heat pump, with the heat being pumped from under the school field through what we call big ‘slinkies’. We therefore have underfloor heating and the only thing we’re paying for is the pump.

“All the building features are sustainable: panels are made from crushed glass, timber from sustainable forests, recycled door mats and carpets, recycled insulation and lots of glass for maximum sunlight. Even the spoil from the shallow foundations has become one of the play areas, instead of going to a landfill site.  We also have sun pipes (mirrors reflectors) in some classrooms and LED lights everywhere.”

Audits, solar, smart meters, and student-led energy efficiency
St Francis Xavier School, one of 17 schools in the St Margaret’s Academy Trust, has been slashing its carbon over the last few years, directed by its sustainability lead, Margaret Land. The entire Trust is now signed up to Let’s Go Zero.

St Francis Xavier School started with an energy audit involving its active student eco team and staff. 48 solar panels were installed in Jan 2016 – this 11,000kwh system combined with behaviour change, reduced energy use in 2017/18 by 74,000 kwh compared to 2014/15, saving the school approximately £8k each year. The feed-in tariff payments from government contributed a further £1,500 a year.

Student involvement has been key. “The EcoTeam revealed in a virtual school assembly that if every monitor (90 in the school) was left on overnight and throughout the weekends for a whole school year, this would cost the school in the order of £4k,” says Ms Land. “The students, teachers and board now understand that everyone has a role to play in saving energy.”

On their to-do list is increasing smart metering across the Trust’s schools, and to keep inspiring students and staff to switch off technology when not in use, by having live energy-use displays.

1. Insulate: A lot of schools leak heat dramatically. Prioritise insulation in the roof space, then external walls insulation, to lower energy use and costs. This will also keep the school cooler in summer. Double or triple glazing also provides immediate energy and cost savings.

2.Change to LED lights: Moving to LEDs from old fluorescent tubes is a low-energy no-brainer. Staff always say how much better the learning environment is after LED installation too.

3. Understand and use your heating, lighting and equipment controls: A smarter heating control system that is thermostat-driven ensures the space is heated appropriately (there’s no need to have the sports halls as warm as classrooms, for instance, or warm at all when it’s empty). Lighting for areas that are often empty such as toilets and corridors can work on motion-sensors. For water heaters and chargers, timers are the answer, saving energy at night, weekends and holidays.

4.Use natural cooling methods: With hotter, longer summers more likely in the future, simple external shading boards over classroom windows are very effective. Combine these with cross-ventilation within classrooms and across the school site. Energy-guzzling ventilation units are not the answer.

5. Move to renewables: Photovoltaic solar panels are usually the best renewable energy for schools – they’re simple, low-maintenance and can drastically cut electricity costs. Decarbonising school heating systems is the zero carbon golden ticket, and solar will greatly enhance the efficiency of ground-source heat pumps. Hydrogen boilers are a future option, but are unlikely to be a game-changer by 2030.