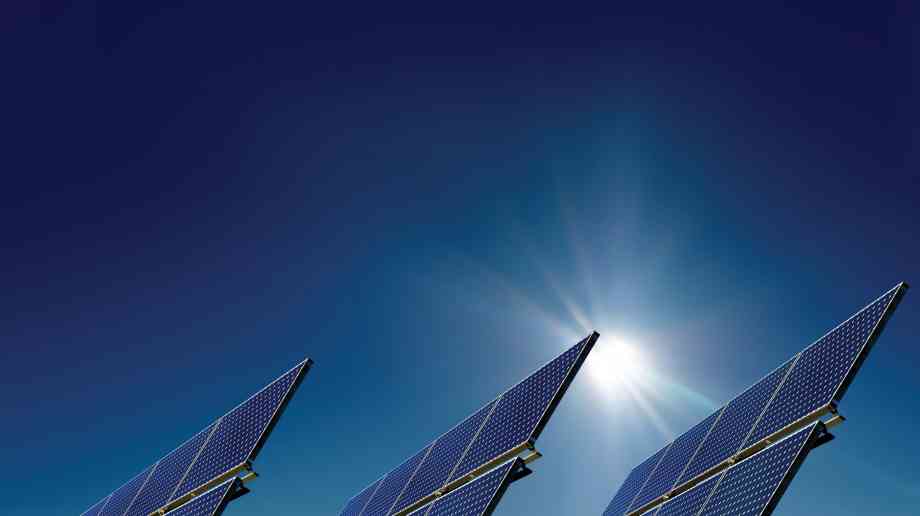 Solar panels can be beneficial to buildings, with current campaigns existing to support solar on schools. Sonia Dunlop of the Solar Trade Association examines how to fund school solar and things to watch out for when considering the energy source.

Schools need to be thinking about their energy bills and how they might be able to cut costs just as much as any other business or homeowner. One example of how to do that is by installing solar PV on a school’s roof.

The cost of solar PV has come down by 80 per cent over the last five years, an almost unprecedented drop due to manufacturing efficiencies and a maturing UK supply chain. A typical 50kW system that today would cost less than £50,000 would have been more than £150,000 just five years ago.

Solar is a great match for a school’s daily electricity demand profile. Due to the short school day, between say 8.30am and 4pm, a school needs the most power in the middle hours of the day. This is exactly when solar PV generates the most too, with solar generation continuing for about an hour or so after school ends. This means that instead of buying in electricity from the grid at 10-15p/kWh you can be using your own free electricity from your roof, and getting support from the Feed-in Tariff on top of that.

How to fund your solar
There are three ways that a school can benefit financially from a solar installation. Firstly, through bill savings. Any electricity generated and used by the school itself will offset electricity bought from the grid, which a school will typically paying 10p/kWh for or more. The less electricity you need to buy in from the grid, the lower your energy bills will be. A typical school might be able to save £2,000 or more on their electricity bills, although this will vary a lot from project to project.

The second financial benefit for schools involves the export tariff. The system owner is paid an additional rate, called the export tariff, for surplus electricity that is sold back to the grid. Depending on the size of the system, this exported electricity is either measured or simply assumed (deemed) using an assumption of 50 per cent self‑consumption. This is currently set at 4.91p/kWh, roughly the wholesale price of electricity.

Thirdly, the generation tariff means that the system owner is paid a subsidy payment for every unit of electricity (kWh) that is generated. At the time of going to press a system under 50kWp in size will get 4.53p/kWh and an installation bigger than 50kWp will get 2.38p/kWh.

You will have probably seen in the news that the Feed-in Tariff rates for solar PV were cut as of January this year, after a major national campaign. We were delighted that, further to the evidence we put forward, the government only cut the tariffs by 64 per cent instead of the original proposal of an 89 per cent cut – still a major cut but nowhere near as bad as it could have been. Although this means that tariffs are lower than before and are slowly decreasing, and the new quarterly caps system means that you may have to wait several months before you start receiving payments, there is no doubt that solar PV can still be a good investment for a power-hungry school to help bring its electricity bills down.

There are various different ways in which a solar installation can be paid for. The first, and simplest, is to pay for the installation outright and earn your investment back in the three ways described above. It can take as little as 10-15 years for the system to pay back the initial cost, depending on factors such as installation size, price, roof orientation and location.

If the funds aren’t directly available to pay for the system, borrowing the money may be possible. Capabilities for schools to borrow depends on the type of school you are, so the best thing to do is make some enquiries to see if this is a route you can go down.

Another way is to have the cost crowd‑funded, such as with the 10:10 Solar Schools campaign (see below). This relies on people not expecting a financial return on their donations, but can be a good option if you are confident that you can inspire people to donate to the solar system.

Finally, there is the so-called ‘free solar’ or ‘rent a roof’ option. In this case, an external company effectively rents your roof, installs solar panels on it and retains the subsidy payments. The school pays nothing upfront and buys the electricity from the installation through a Power Purchase Agreement (PPA).

How to select an installer
You can find a local installer by entering your postcode into the installer search on the Solar Trade Association’s website. It may also be worth considering taking on an independent consultant who can draft a technical specification, liaise with an installer as well as inspect the finished system prior to handover: this should give you some additional peace of mind. If you wanted to deal direct with your solar installer, the box on page 41 gives some key questions to ask.

The Solar Trade Association’s Commercial Rooftop Solar Confidence Checklist is also a useful tool when a school is undertaking a solar project.

Support from national campaigns
Solar Schools, a project run by the climate charity 10:10, provides a package of resources to support schools crowdfund to help meet the cost of the solar panels. This helps them not just pay for the panels but do so in a way that gets the whole community involved.

Amy Cameron, community crowdfunding manager, explained: “Our campaign began to help schools overcome the financial barriers to installing solar. We provide a package of support to help schools raise the funds they need and bring renewable energy to the heart of the community. So far, we’ve worked with 65 schools around the country who’ve raised over £440,000 saved over 2,000 tonnes of CO2.”

A learning tool
As well as a purely economic decision, solar on your school’s roof can also be used as a learning tool and as a starting point for a discussion on energy, climate change and how to live in a more sustainable way. It also demonstrates the school’s commitment to put its teaching on sustainability into practice and can attract certain groups of parents to the school’s ethos.

If teachers are looking for new ideas for days out, it is worth mentioning that members of the Solar Trade Association that specialise in solar farms are always happy to help organise school trips for local schools to go and visit a solar farm, to see how generating clean energy, protecting local wildlife and grazing the land can go hand in hand. Feel free to get in touch with the STA and we can point you in the right direction.

Finally, although most people focus on electricity generation solar photovoltaics, there is also an alternative technology in the form of solar thermal hot water panels which generate heat for hot water. The installations are typically cheaper than solar PV panels, and are currently subsidised through the Renewable Heat Incentive (RHI) which allows solar thermal to have similar rates of return and payback periods as solar PV. Solar thermal can be a great option for schools with large hot water heating requirements, such as catering, showers or swimming pools. Note however that the government is currently consulting on proposals to cut solar thermal out of the Renewable Heat Incentive scheme as of approximately April 2017. You can help us urge the government to re-think this proposal through our #KeepSolarThermal campaign, but it is certainly a reason to try and install the technology sooner rather than later.

Solar is a great option for schools to help green their operations and reduce their energy bills. We are keen to see a new generation of sunshine schools – and sunshine pupils.