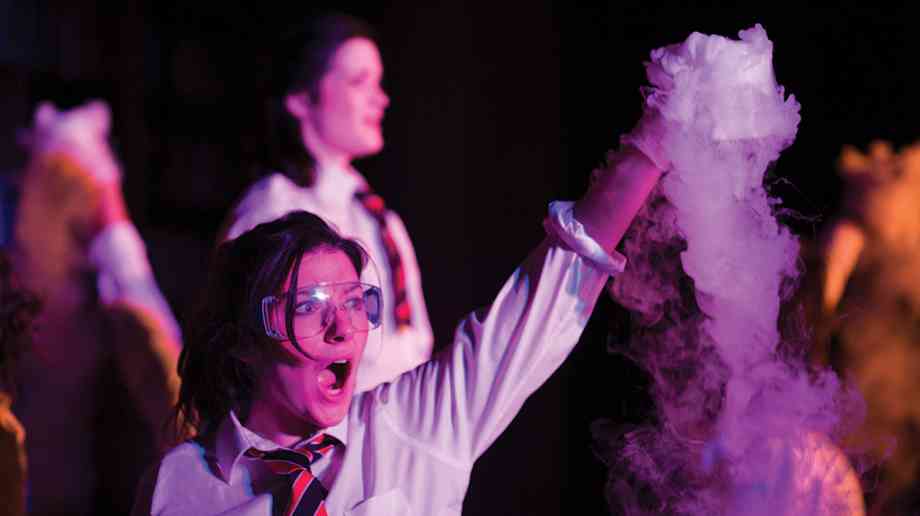 The importance of music and drama

The arts are instrumental to academic achievement and personal development – and should be as important in schools as sport, writes Paul Roseby, artistic director of the National Youth Theatre

By 2020 creativity will be the third most important skill in the jobs market according to the World Economic Forum, which is attended by business leaders from across the globe.

Its 2016 Future Jobs report said that the only things that will be more important will be complex problem solving and critical thinking, two skills that anyone who’s ever staged a theatrical production or exhibition will know all about.

The recognition by global leaders of the importance of creativity is encouraging, but unsurprising given that in the UK alone the creative industries contribute £87 billion to the economy. It’s not just creative businesses than need creative people though. As artificial intelligence micro-chips away at traditional manual work, the new currency is creative and emotional intelligence across the economy.

From the Chinese government to the Harvard Business School, all are watching the success of our creative industries on the global stage and entrenching the skills required to succeed in them in their formal educational institutions. Sadly, closer to home, despite being quick to champion statistics about this positive economic impact, we are in danger of becoming victims of our own success.

The fundamental nature of what creatives do is being devalued far beyond our precious sovereign pound although in some way the two are inevitably linked.

As we witness the polarity of ‘penguin politics’ like never before, where if everything is black and white, in or out, free or fortune, then the casualty is the nuanced grey with all the wisdom that would bring.

While the all-consuming political debate around Brexit rages on, the state of the arts in schools is approaching crisis point. There are now 1,700 fewer drama teachers than in 2010, 1,200 fewer art and design teachers, and 38,000 less hours provided for art, drama and music as a result. And yet we in the creative industries currently account for one in every 17 jobs.

Parents are being asked to pay for schools trips due to funding cuts, which means that in some cases only those that can afford it can access the cultural education that all deserve. Later this year here at the National Youth Theatre we’re teaming up with leading physical theatre company Frantic Assembly to stage their award-winning Othello in the heart of London’s West End.

It breaks my heart to think that despite school tickets starting from just £14 (less than half the price of the average West End ticket) some young people will be denied the opportunity to see Shakespeare’s text brought to life. His work was written for the stage, not just the classroom.

The threat to drama in schools is much bigger than cancelled trips though. As one of our cast members found out when he hit the phones this week to encourage schools to bring their pupils to a West End experience that could pique their interest and spark a future career in the creative industries. Time and again he was told “I’m sorry we’ve had to close our drama department.”

He left shocked but resolved to go back to his own school to make the case for a creative education for all. We need more like him, but also a coordinated national approach and simple message to fight back against the current educational tide.

Increasingly, I’m convinced that this message should be that drama must be as important in schools as sport and everyone must do it.

At the 1996 Atlanta Olympics, Great Britain won just one gold and came 36th in the medals table. Two decades and billions of secured funding from the National Lottery (immune from government cuts) later and the results are all to be gloriously shared in with such a wealth of diversity and dedication thanks to a cultural and financial shift. It’s no surprise that school funding for sport is now at its highest level on record at almost £41 billion.

This is why, if we are really serious about finding the Mo Farahs of the film world, and the Tammy Grey-Thompsons of the theatre world we must begin to fight the prejudice in bolder, simpler terms. Unless the arts finally wins the same respect and status as sport both in and out of schools, the financial gains and our voices will be diminished to the back of the class and deemed an irrelevant luxury.

Elite sports are celebrated, but elite arts are either pilloried or deemed too soft an option to be taken seriously. Theatre arts and sport command the same disciplined team building skills and adrenaline making confidence boost. It doesn’t matter how many qualifications you have, if you can’t communicate in the workplace, they are worthless.

The only way to secure meaningful change – to put the arts on the same footing as sports – is by making a certain amount of hours a week compulsory for creative learning taught by drama teachers in every school, just as sport is compulsory in early secondary education. As well coordinating our voices around one simple message, those of us with the power to make a difference must turn talk into action.

Earlier this year I was asked to give evidence at a parliamentary enquiry into working class access to the arts. On a panel of MPs, TV actors, writers and directors all agreed that the decline of drama in schools was one the biggest threats to working class talent coming through. This is particularly true in rural areas outside of London and out of reach of the brilliant work theatre education departments do in towns and cities around the UK.

Whilst some schools have life-changing creative teachers who offer the only provision in these areas, they are facing an uphill battle against funding cuts, department closures and the status of arts qualifications in the curriculum.

In response to this specific need, we are now actively committed to piloting an idea in schools in socially deprived rural areas to help lead by example. Offering up a formal solution to the diminishing arts opportunities to young people in schools. We want to empower drama teachers to become the creative directors of dynamic productions that are used to teach subjects from across the curriculum.

We believe that alongside parity with sport, this is the key to bringing drama in from the periphery in schools to the core of everyone’s learning. Imagine a school coming together to study history, languages, food technology and literacy through the dramatic Victorian tale of the first celebrity chef Alexis Soyer by award‑winning playwright James Graham. Or, what about a creative production around the story of Alan Turing, covering maths, history and yes complex problem solving and critical thinking.

PARTICIPATING IN THE ARTS

The positive wellbeing outcomes of participating in the creative arts at an early age are as recognisable as those from sport. And yet as the chalk lines are painted across many a playing field in preparation for sports days across the country, the dividing lines between sport and drama are still too great.
The arts don’t just offer soft power, it offers staying power. We need to install that staying power in every school and celebrate arts days alongside sports days or we are in danger of becoming an island museum of cultural heritage with no cultural financial future.