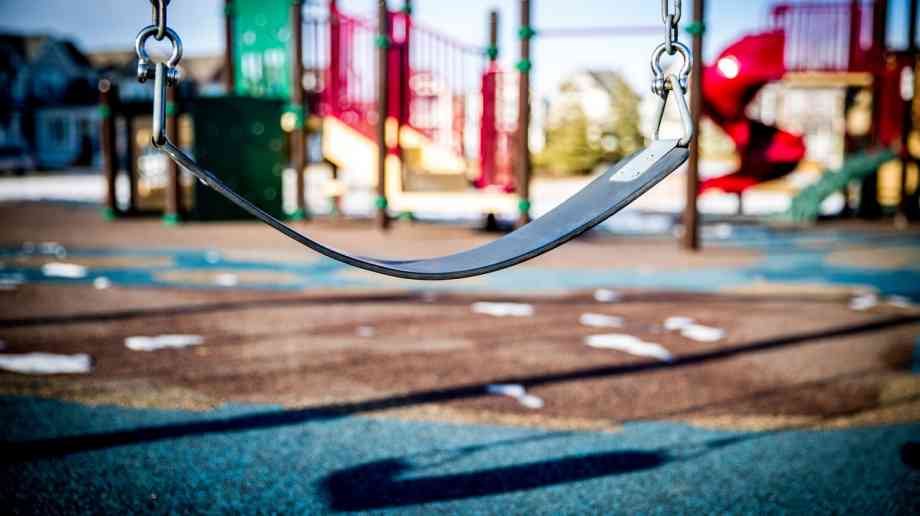 A place to play during the school day

Children’s physical and mental health is under threat, says Mark Hardy, chair of the Association of Play Industries. Children are increasingly sedentary, isolated and indoors on their screens, and with dwindling community outdoor play provision, investment in school playgrounds is a key component in the fight against childhood obesity and poor mental health

Latest research shows that community playgrounds continue to close at an alarming rate despite the government’s claims that they are tackling childhood obesity and mental health problems. In April 2017, the Association of Play Industries Nowhere to Play report first uncovered the state of playground decline in England, revealing the closure of hundreds of playgrounds.

The report showed that between 2014/15 and 2015/16 local authorities across England closed 214 children’s playgrounds, and when asked about future plans they admitted their aim to close a further 234.

Using the Freedom of Information Act, the API once again asked local authorities in November 2018 to disclose current and planned playground closures. It found that by 2020/21, there will have been a decrease in spend on play facilities of 44 per cent since 2017/18.

Since 2014 local authorities have closed a total of 347 playgrounds across England.

More recently, the API released A Movement for Movement, which shows, for the first time, a strong link between recreational screen time and children’s inactivity. Children are choosing to spend their leisure time on screens instead of playing outside.

Children are experiencing a strong inducement from screens to stay indoors coupled with a lack of suitable play provision outdoors.

As the number of play spaces in the community declines and children spend their free time on screens, school playgrounds have become increasingly important. They often represent the only opportunity some children have for outdoor play, particularly in the most deprived areas.

As such, the play opportunities that school playgrounds provide have a pivotal role in alleviating the crisis in children’s health.  Play is absolutely fundamental to children’s healthy physical and mental development.

Free, unsupervised play, where children develop their own games and rules, helps them to develop their creativity, imagination and problem-solving skills. Play also improves a child’s ability to focus and concentrate as well as to learn vital social skills. The calculated risks that children naturally take in free play enables them to develop resilience and builds confidence in their own judgement and abilities.

In addition, incorporating this kind of physical activity into the school day has a positive effect on pupils’ behaviour and their ability to focus for longer periods of time.

A Movement for Movement

Yet these health issues are often presented as separate lifestyle factors, with separate bodies of evidence and debates surrounding each one. The evidence presented in A Movement for Movement points to an urgent need to reconceptualise these behaviours not as separate components but as inextricably linked, joint 24-hour movement behaviours.

Parents, teachers and local and national policy-makers must now work in tandem to ensure that all of the elements of children’s movement behaviours are considered together, rather than being seen as the responsibility of separate government departments and initiatives. This requires a far more muscular and visible public health approach, with joined-up thinking from national and local government.

The changes needed to avert this crisis for an entire generation and the ones to follow are varied, addressing families, schools, and local & national policy-makers. Reducing children’s recreational screen time and increasing the provision and use of accessible playgrounds and play areas must occur in a wider context of public health education: an understanding of how and why these screen time and physical activity behaviours should be integrated into children’s lives from an early age and on a regular basis.

The consequences if we fail to make these changes will be nothing short of disastrous: this is one of the biggest issues of our time. We have a moral obligation to ensure that this becomes a public health issue; we don’t allow our young children to drink alcohol or take drugs, we insist they wear seatbelts, cycle helmets and suncream. And yet, we are allowing the silent killer of excessive recreational screen and inactivity to go unchecked.

The vast majority of families and children live in urban areas where playgrounds are their only opportunity for free play and movement. Playgrounds are a central part of the community, uniting not only children but parents and carers too. Without access to attractive and free playgrounds which, crucially, are safe, local and accessible, communities suffer and children quite simply have nowhere to play.

As we lose community playground provision it is ever more incumbent on schools to bridge that gap – to provide the kind of environments where children can play freely.  Of course, organised school sports and physical education are important, but it is qualitatively different from free play. School playgrounds give children an added opportunity for physical activity and to develop a love of play, both integral to physical and mental health in childhood and beyond.

Help for schools
Playground improvements can be a significant investment but beginning the process can be daunting prospect. To provide the very best support for schools in helping children get active, the Association of Play Industries’ Schools Get Active hub has useful advice and information – from using new facilities to take different aspects of the national curriculum outside – to how schools can make the most of small budgets to get the best from their outdoor play areas.

API members are backed by a professional code of conduct and use exceptional design to complement a school’s surroundings, often transforming unusable, damaged spaces into high quality facilities. They can create facilities for children of all ages and abilities and work closely with school management teams.

For advice on planning improvements to school playgrounds and outdoor facilities, and the benefits of using an API member, visit the website.

Study to understand the affect of lockdown on education begins

A new study examining the implications of the school shutdown on teachers, pupils and parents due to COVID-19 pandemic has been launched by the University of Birmingham and Birmingham City Council.

Schools in Scotland to reopen in August, subject to scientific advice

Schools will return on 11 August, one week earlier than planned for most pupils, while Early Learning and Childcare (ELC) settings will open over the summer.

Remote learning predominant for secondary schools
Personalised learning biggest challenge to remote teaching
Social workers to be put in schools to spot signs of abuse
Study to understand the affect of lockdown on education begins
Schools in Scotland to reopen in August, subject to scientific advice