Skip to main content
Home / Features / Packed lunches: do they meet the grade? 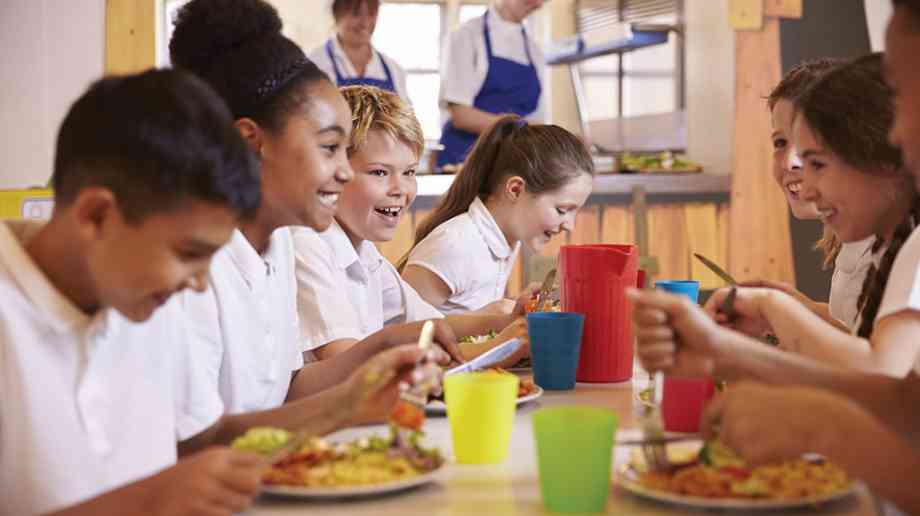 Packed lunches: do they meet the grade?

Sally Shadrack, Chair of LACA, explains why the majority of pack lunches do not have the same health benefits for pupils as a school-cooked lunch

The debate around child nutrition has intensified in recent months. This is particularly true when it comes to childhood obesity, with nearly 10 per cent of all young children in England being obese according to the national child measurement programme (NCMP) in 2015-16.

One way to halt this rise of childhood obesity is to ensure that children are educated early on about what constitutes a healthy meal, and one of the best ways to reinforce these lessons is through ensuring that children eat healthily at school.

School lunches are far more beneficial to a child’s health, nutrition, and energy levels than packed lunches.
The introduction of new nutritional standards – as outlined in the school food plan – in January 2015 has now ensured that this is the case. In contrast to the health benefits of school meals, packed lunches are consistently shown to be less healthy, less nutritious and therefore less beneficial to children.

In 2016, a Leeds University report stated that only 1.6 per cent of children’s packed lunches met the nutritional standards set for the school lunches being eaten by their classmates.

With the average packed lunch consisting of a sandwich, a yogurt, a chocolate biscuit, a piece of fruit and a bottle of squash according to the Journal of Public Health Nutrition (2009).

Over the last few weeks newspaper reports of children going to school with packed lunches that have included cold fast food, and even entire packets of biscuits have appeared.

With one story reporting that a teacher encountered a child who was provided with the “previous night’s kebab meat”, whilst another said she saw a packed lunch containing “chocolate spread sandwiches, chocolate biscuits and chocolate mousse”. These examples are clearly more horror stories than the norm, but as caterers we know that this is all too common an occurrence in schools across the country.

The school food guidelines were intended to help children develop healthy eating habits and ensure they have the energy to learn and the nutrients to thrive while at school. Included in the guidelines are limits on foods that are high in fat, sugar and salt; whilst encouraging meat, fish and other forms of protein.

The school food standards also tell school chefs exactly how large portions should be, for example it states that every child should have at least one piece of fruit and one serving of vegetables per day.

According to government guidelines, “hot lunches should be provided wherever possible to ensure that all pupils are able to eat at least one hot meal every day.” Since these standards have been introduced the quality of food available in schools has improved as has the nutritional value of the meals.

The ‘eat well, do well’, Hull school food initiative showed that a packed lunch was more likely to provide an excess of calories at lunchtime, with more calories from fat, as well as more saturated fat, sodium and sugar.

Childhood obesity is intrinsically linked to obesity in adulthood, which means that establishing good habits early on is imperative. In 2014-15, nearly £6 billion was spent on poor diet-related ill health by the NHS in England, and nearly £1 billion was spent on those who were physically inactive.

This includes diseases such as heart disease and other chronic illnesses that are related to poor diet. The NHS is predicting that if nothing is done then this spending would increase by £2 billion by 2030.

In order to reduce the number of children growing up to be overweight and unhealthy, children must know what makes a healthy and unhealthy meal and the best way to do this is by teaching them early.

School meals, have other wide ranging benefits, including the provision of a hot meal, which some children may not have received otherwise, specifically in the case of those who receive free school meals as a benefit.

Additionally, school meals also promote a sense of community, with children across all age groups sitting, eating and socialising together. During a Scottish pilot scheme, children who ate a school lunch were also likely to discuss what they ate with their parents, who in turn were likely to learn what constituted a healthy meal.

School meals are also linked to increased academic attainment. In the pilot studies carried out under the last Labour government, which saw all primary school children given free school meals in the London Borough of Newham and in Durham, those children who took part were found to be two months ahead of their peers academically, compared to those who had not received the meals.

This was particularly true for children who were in reception and year one, highlighting the importance of nutrition in the early years of child’s life and education.

It is likely that this occurred because school meals were more likely to have replaced a relatively poorer nutritionally based packed lunch. Further showing that lunches provided by the school far outweigh the ones that are provided by parents, whether that be the horror stories noted above, or a simple sandwich and a bottle of squash.

Studies have shown that good nutrition, particularly early on, improves health and development in the short term and influences behaviours and developments in the long term. Additionally, healthy children are more likely to go to school, have normal cognitive development and have fewer behavioural problems.

School meals, which follow the nutritional standards set by the government are demonstrably better for children in the vast amount of cases in comparison to packed lunches that almost always miss nutritional targets.

Far too many children are not eating the right food, if we want to take a proactive role in raising the next generation of healthy adults, we need to ensure that our children are eating well. Hot and healthy meals cooked by professional chefs, held to nutritional standards outlined by the government and supported by nutritionists, is a good place to start.