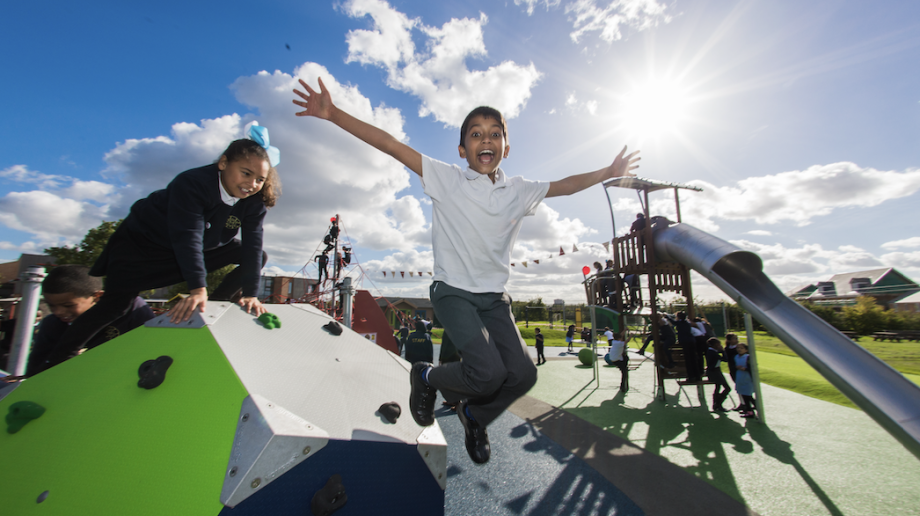 Children are also experiencing record levels of mental ill-health. One in six children in England had a mental health disorder in 2021, according to a recent survey by the NHS. The study also showed that there has been a significant deterioration in mental health for children and young people in the past four years, with more than two fifths of children reporting a fall in their mental wellbeing between 2017 and 2021.

The restrictions placed on children’s lives during 2020 and 2021 have magnified these already frightening statistics. During lockdowns, children were told to behave in the very ways which had caused problems in the first place: they were told to stay indoors, not to engage in outdoor activity, not to meet anyone – for hours, days and months on end.

This directive to children – to be sedentary, alone and indoors – occurred at critically important developmental periods in children’s lives. The toddlers deprived of their first playmates; the primary school children unable to play with their friends; the teenagers locked in their rooms with only social media for human contact – these are fleeting and yet crucial periods of their lives that young people will never get back.

Placing children under house arrest for a large proportion of their young lives will have a marked effect on their development, with disadvantaged children the most profoundly affected. Children from poorer households and from ethnic minorities will be disproportionately affected by this abrupt interruption to their childhood development and will pay the highest price.

With schools closed, access to space in which to play outdoors was a significant factor in how severely the lockdowns affected children. One in eight British households has no access to a garden, rising to more than one in five households in London and the percentage of homes without a garden is higher among ethnic minorities, with black people in England nearly four times as likely as white people to have no outdoor space at home. Semi-skilled, unskilled or casual workers and people who are unemployed are almost three times as likely as those in more skilled roles to be without a garden.

Children in deprived areas are twice as likely to be obese than those in less deprived areas, and the gap is widening. Furthermore, obesity rates for children in different ethnic groups vary considerably: 18 per cent of white children are obese compared to nearly 29 per cent of black children by age 10 to 11.

The legacy of lockdown

It is too early to assess the full impact of the policy to lockdown on children’s development, health and wellbeing, but the legacy it leaves can and should be mitigated by policy going forward. The far-reaching benefits of activity for physical health and mental wellbeing are well-established – and for children, activity means play. Children are two to three times more physically active when outdoors than when indoors: they move more, sit less and play for longer. Outdoor play is therefore the key to their recovery and especially so for the most disadvantaged children.

Schools are an important part of the picture

Schools, now faced with the idea of children having to play ‘catch-up’ academically, feel under enormous pressure to increase classroom time at the expense of allowing children free, outdoor play in the school playground. However, play is so fundamental to children’s development, that to restrict play is to restrict progress in all aspects of their lives, including academically.

The British Psychological Society points to research which shows that since 1995, break times in the school day have been reduced by 45 minutes a week, resulting in eight out of ten children now having less than one hour of physical activity per day.  They go on to say:

“The removal of playtime can have serious implications for children’s development – break times are not only an opportunity to get physical exercise but provide valuable time to make friends and to develop important social skills – experiences that are not necessarily learned or taught in formal lessons.

“The erosion of play can also generate further inequalities amongst children, as it has more profoundly negative impacts on children with less access to play stimulation at home, for reasons such as a lack of available space.”

Providing time, space, opportunity and a positive attitude to play benefits children of all ages. Physical activity boosts concentration, learning behaviours and mood. Children have natural energy and enthusiasm so physical activity needs to be built into the whole school day: physical literacy levels will improve but schools also report improvements in behaviour and wellbeing too.

An opportunity to prioritise outdoor play

This post-pandemic era is an opportunity to re-evaluate our priorities for how children’s time is spent in school and to put play first. Free, unstructured outdoor play should never be a nice-to-have.  It is an essential building block in children’s healthy development, protecting the mental and physical health of school children. It is more important now than ever before to make sure school is a space that understands, promotes and prioritises outdoor play so that children don’t just recover, they flourish.

Take your school to new heights

School playgrounds help to give children a lifelong love of play and active kids become active adults. Choosing the right play environment for your school is a significant decision so it is important when choosing a provider that they are members of the Association of Play Industries. API members are experienced and ensure your play areas are the rich and stimulating outdoor learning environment your pupils deserve.

API members must be reliable, trustworthy and financially sound. They operate to the highest standards and are backed by the API’s Professional Code of Conduct. They will provide evidence of previous work and references and the API Charter ensures they design exceptional, high-quality play spaces for children of all ages and abilities.

An API play company will visit your school and, where possible, meet the decision-making team. Once work is complete, post-installation inspection and maintenance services will be offered to ensure the safety of your facilities for years to come. Finally, they will definitely want to hear how you are getting on with your new facilities and the impact they have had on your school.

To find out more about how API members can help schools, visit API's School Zone.