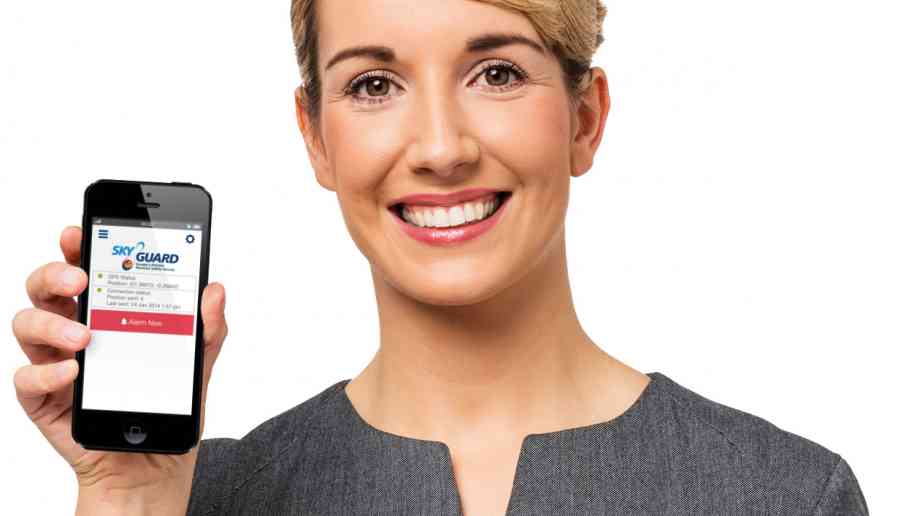 A lone worker constitutes as someone who works alone or without direct supervision; within a school, this could apply to cleaning staff or even staff who are working late and left alone. James Kelly, chief executive of the British Security Industry Association, explores the benefits of lone worker safety solutions

When you hear the term ‘lone worker’, you may not think that this typically applies within a school environment. A lone worker constitutes as someone who works alone or without direct supervision; within a school, this could apply to cleaning staff or even teachers or office staff who are working late and left alone.

Almost by definition, lone working can be both intimidating and at times dangerous, so the protection of lone workers involves a twofold approach; not only to provide safeguards but also to offer reassurance to the people involved. In the education sector particularly, many employees are required to work alone after hours – such as teachers – or within communities, delivering essential services such as truancy support to students and their families. The nature of this work means that many are required to travel alone, both in isolated rural and busy city-centre locations, and often after dark, leaving them particularly at risk.

When it comes to health, safety and welfare of employees, school officials have a wealth of responsibilities, with Section 2 of the Health and Safety at Work Act stating that employers have a general duty to provide a safe place of work, a safe system of work, competent fellow employees and the common law duty to ensure they take reasonable care for the safety and health of their employees.

In 2016, the sentencing guidelines for health and safety offences were revised, with higher penalties being issued to those who do not comply. Under the new guidelines, employers who breach their duty towards employees and non-employees face significantly larger fines if sentenced on or after 1 February 2016, regardless of when the offence was committed. Fines for serious breaches used to run to several hundred thousand pounds typically, but under the new guidelines, these can start at a fine of several million pounds for a large organisation found to be highly culpable in a harm category 1 incident Corporate manslaughter fines have also increased significantly.

The previous starting threshold recommended for all corporate manslaughter convictions was £500,000, but under the new guidelines, a category A (high culpability) offence committed by a large organisation would start at £7.5 million with a category range of between £4.8 – £20 million. In addition to this, the Health and Safety Executive (HSE) have also pursued individual directors and senior managers, with many fines and custodial sentences being levied.

Needless to say, it’s serious business and there is no room for error when it comes to employee safety.

WHAT’S ON THE MARKET?

Lone worker safety solutions provide lone workers with a means to summon aid in the event of an emergency and can also be used to collect vital information that can be used as evidence should the situation call for it. There is an array of lone worker devices on the market, including applications on smartphones and GPS/GSM devices, which connect employees quickly and discreetly with an emergency response system.

Such devices are connected to an Alarm Receiving Centre (ARC), which receives and manages activations and can quickly request emergency services or another appropriate response if required. If a lone worker feels that they are entering an area with a potential risk, they can send a pre-activation message to inform the ARC, if any problems then occur, the device can be activated to summon help. Activating the device triggers a voice call to the ARC, where trained operators monitor the audio channel in real time, enabling them to assess the situation and alert the police if necessary.

When it comes to lone worker safety, one of the most important factors to consider is whether or not the supplier is certified to BS 8484, the Code of Practice for the provision of Lone Worker Services. This is vital as it is the basis on which the Police respond to lone worker systems and how they do this. A priority police response cannot be guaranteed by a supplier who isn’t audited and compliant with BS 8484, and whilst many suppliers will claim that parts of their system are BS 8484 compliant, unless they can prove this by way of certification against sections 4, 5 and 6 of BS 8484, they cannot guarantee a priority Police response.

The other major factor (section 6 of BS 8484) in ensuring an effective Police response from a lone worker device activation is that the supplier uses an ARC which meets the British and/or European standards around physical security of the building, staff security vetting and call handling response times. The ARC must operate 24/7 and be able to quickly reinstate services following a catastrophic event such as a fire or flood. The current standards that an ARC must meet are certification to BS 8484 Part 6 and BS 5979 Cat II, although ARCs applying for new accreditations are expected to meet requirements for BS 8591 which call upon the same requirements for BS EN 50518 which is currently under review.

The National Police Chiefs’ Council (NPCC) Security Systems Policy permits these accredited ARCs to be granted a Unique Reference Number (URN) by each UK police force. A trained and certified ARC operator will listen in to audio received from a lone worker device activation, if safe to do so speaks to the user, and then considers this, alongside other information, to determine whether requesting a level 1 Police response would be appropriate. The URN system enables an ARC to bypass the usual 999 route, thereby ensuring a quicker response by Police.

Interviewed by the BSIA’s Lone Worker section in late 2015, Ken Meanwell, Security Systems Policy Lead at the NPCC, explained: “In the majority of cases, the use of a URN guarantees that the Police will respond more quickly than when 999 is called. Obviously, this does not mean that the URN call will remain a priority; common sense applies and incidents involving firearms or large-scale public disorder, for example, may take priority.”

The success of the URN system is largely down to the ability of accredited ARCs to minimise the impact of false alarms on police resources. Statistics collected by the BSIA’s Lone Worker section show that 99.7 per cent of alerts are filtered by the ARC, with just 0.3 per cent being passed on to the Police.

Providers should also be able to provide a bespoke service that starts with a risk assessment to identify the most appropriate device product for various roles within a client’s company.

A good place to start is with the BSIA’s Lone Worker section. These are well‑established suppliers and ARCs who have been audited for compliance with relevant British Standards and certified as such.