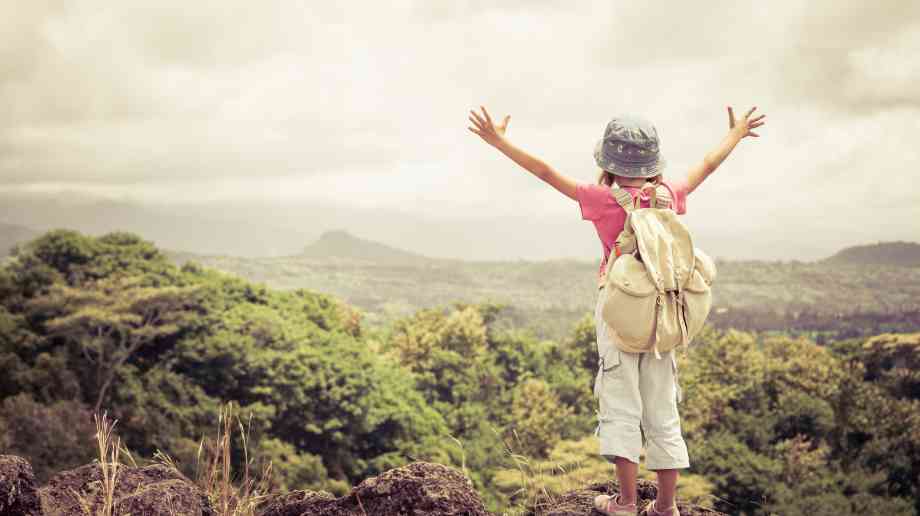 Learning in an outdoor environment

The Land Trust has launched a three-year education strategy to encourage more children to get out of the classroom and learn in an outdoor environment.

The announcement of a new three-year education strategy from national land management charity, the Land Trust, is set to encourage more children to learn in an outdoor environment.

There has never been a more important time to focus on educating children on the benefits of being outdoors. Studies have shown that childhood obesity levels and mental health problems are on the rise and levels of children and young people interacting with the natural environment are decreasing.

The Land Trust will be working in partnerships with local schools and nurseries across their 63 sites in England to give young people an opportunity to learn new skills, enhance their future prospects and make a difference in their communities. The time spent outdoors is also proven to have a positive effect on the mental and physical health and wellbeing of the people participating.

The impact of outdoor learning on children’s behaviour and attitude towards learning has also been reported to change. This is something that has been praised by teachers who take their classes on outdoor learning sessions.

Previous examples of the Trust’s work in education have proven successful. There is already a huge amount of educational activities going on at Land Trust sites across the country, with the number of school visits rising from 3,500 to 7,500 per annum over the last five years.

Elba Park is a site playing a lead role in this work and was awarded Land Trust Educational Site of the Year after delivering activities to nearly 1,000 school children over the last 12 months.

Based in Sunderland, the team at Elba have built excellent working relationships with local schools which have seen children enjoying activities such as geocaching, pond dipping, meadow sweeps, crafts, surveys and identification, bulb and tree planting, and heritage activities.

Students from Portland Academy, a school for young people with special educational needs and disability, attend weekly sessions at the site with post-16 students undertaking the Duke of Edinburgh award.

Not only does outdoor learning give people the chance to learn about their surrounding environment and biodiversity, but it provides a setting which can encourage different behaviour in children.

The forest school programme is very popular among schools in the UK and gives children the opportunity to engage in a variety of activities in natural environment. This involves children and young people undertaking formal and informal learning on Land Trust sites, either facilitated by an educational establishment, home schooling, a charitable organisation or other structured activity. This may also take place in dedicated Woodland Learning Area/Forest classrooms, which typically have a fire pit, logs for benches, perhaps with a tarpaulin and den building and cooking kit.

Not only do these sessions teach children about nature and developing outdoor skills, but it often allows them to produce creative and academic work, similar to what would be taught in the classroom.

A literacy coordinator and assistant head teacher whose school was involved in forest school sessions, said: “The work of the Land Trust has inspired many of our pupils to develop some amazingly creative ideas. Our pupil’s skills in literacy have developed during this week of being within a natural environment and using the Woodland Learning Area. It is also clear that for some pupils, working & learning in an outside environment has enabled them to deliver some of the best academic work we have seen from them.”

Many of the skills that children acquire through these activities they aren’t even aware they’re picking up. For example, they are learning to cope and function in what can be a challenging environment. This often involves engaging in teamwork, further developing social skills, resilience and perseverance. They are also challenged to use natural resources in imaginative ways as they seek to improvise in creative games and den building.

The research found that giving children more freedom and space allowed them to learn and demonstrate independence. The change in setting from a classroom to woodland saw children becoming keener to participate and kept them engaged for longer periods of time.

One of the more significant reasons behind the Land Trust’s new strategy links two of their charitable aims: education and health.

More and more research is now being put into the positive impact of spending time outdoors on both physical and mental health. The figures on childhood obesity in the UK are staggering. One in four children start school overweight and one in 10 are obese and by the end of primary school, the percentage of obese children has doubled to one in five. It is reported that three-quarters of UK children spend less time outside than prison inmates, and a fifth of children do not play outside at all on an average day.

The Land Trust believes it is important that people get outdoors and get active, and that in turn this will benefit them in their academic studies. The guidelines for activity state that children should minimise the amount of time spent being sedentary for extended periods and should engage in moderate to vigorous intensity physical activity for at least 60 minutes every day.

In time, this approach to learning has the ability to improve interaction, participation and ability for thousands of young people in the UK, potentially changing their relationship with the outdoors.

As a teacher, school, or educational provider, you have the ability to potentially change lives. For some children, a classroom setting isn’t always the best space to encourage their individual learning. One of the recent participants to one of the Land Trust’s Green Angel’s courses is an example of this. Gawain, who is now in his early twenties, has been diagnosed with autism, and found the outdoor education courses and volunteering sessions helped him massively with his social anxiety and his issues with drugs and alcohol, which developed once he left school.

Gawain said: “I’m not very good at being sat inside or on the computer and I’ve never been one to gel with the authoritative figure in a group, but it’s nothing like that with Carolyn (course leader).”

He took part in the course to gain experience in order to obtain work in the future, and has been volunteering locally with the group since completing. He added: “I’ve recently been told about Forest Schools, which sounds great to me. I would’ve appreciated that when I was younger as I don’t like staying indoors.”

As a result of Environmental Education course, Gawain has gained qualifications which would be recognised by future employers and has also reported a difference in his mental health, saying: “It’s helped me to get out of that social anxiety state of staying in and saying no. It’s got me more positive and open to opportunities now.”

This example shows what difference this can make to an individual after school, but if Gawain had been introduced to this type of learning earlier, it’s possible his journey through primary and secondary education could have been different, thus improving his prospects once finishing school.

For more information on the Land Trust’s new education strategy, or to get involved with outdoor education schemes near you, click the Read More button.