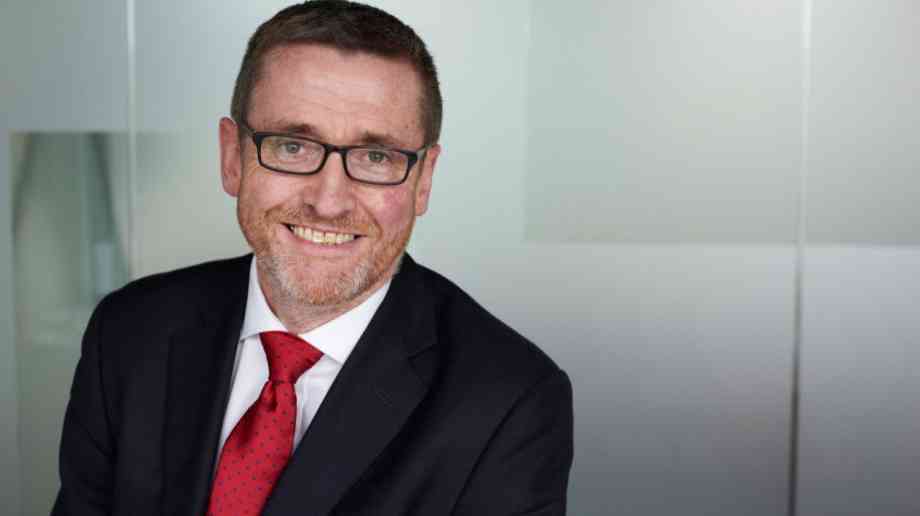 We talk to Sean Harford, Ofsted's National Director for Education, about the amended focus of the inspection framework, and how Ofsted now looks at schools' handling of disruptive behaviour

What are the main changes to the inspection framework and what was the reason behind amending the focus?

For a long time, our education system has focused on outcomes. In one way, this is hugely important; standards matter, and qualifications are a vital passport for young people as they enter work or further and higher education. We must not lose that. But a system that leans too heavily on test and exam results and too lightly on what children and young people are learning can lead to a distorted view, and distorted behaviours.

When considering the education that children and young people receive, there are a few fundamental questions. What more do they know as a result of their education? What do they remember? What can they do that they could not before? This is the real substance of education: the curriculum. Too often, our education system has not done this well enough. Our curriculum research, and a vast amount of sector feedback, told us that a focus on performance data is coming at the expense of what is taught in schools.

When data trumps substance, it is the curriculum, teaching and learning that suffer. We know that a narrowed curriculum can mean that children miss out on opportunities to study subjects and gain knowledge that could be valuable for pupils in their future lives. Often this disproportionately affects the most disadvantaged pupils.

In response, we used a combination of education research and our inspection experience to produce the education inspection framework (EIF). Inspection is a professional dialogue between inspectors, teachers and school leaders, and shared engagement with pupils, their work and their lessons. Inspection complements test and exam data; it doesn’t just repeat it in another form. The quality of education judgement is at the heart of the new framework; it joins together consideration of curriculum, teaching, assessment and outcomes into a single, connected, educational conversation.

We have also used research with parents and the public to reshape our inspection reports. They are now much shorter, much more focussed on what parents want to see, and much clearer in telling the story of what it is like to be a pupil in a school.

All this change builds on what has gone before. It represents an evolution, rather than a revolution, in the way we inspect schools.

Of course, our new framework isn't so new anymore: we are now in its sixth month of operation and so far we’ve carried out more than 1,200 inspections across England. Initial feedback from school leaders and teachers has been broadly positive so far. In fact, in post-inspection surveys, nearly 9 out of 10 respondents said they were satisfied with the way their inspection was carried out.

How will Ofsted assess that a school is adequately managing behaviour and disruption? Is there a way that schools can document their processes to help with the judging?

The way we look at behaviour has changed. Before last September, personal development and behaviour were amalgamated into one judgement. Now, ‘behaviour and attitudes’ has its own judgement, along with a separate judgement on pupils’ ‘personal development’. This allows our school inspectors to explore better how schools manage behaviour in the classroom. I think it makes it clearer for parents and carers too. Are schools creating an orderly and safe environment in which pupils can and do learn? Is low level disruption tolerated, or dealt with quickly? And what about bullying? These are the kind of questions inspectors ask themselves when they go into schools.

Research and inspection evidence tell us that the factors that contribute most strongly to positive behaviour and attitudes are a calm and orderly environment, clear routines and expectations, a positive and respectful culture, and a strong focus on attendance and punctuality.

So, when inspectors visit schools, they will of course be interested in some of the key documentation, such as records and analysis of exclusions, the single central record, and records of bullying. But the primary way inspectors will gather evidence will be by seeing pupils’ behaviour and attitudes first hand; in classrooms, at changeover times, in common areas. And inspectors will want to talk to those who most often bear the brunt of poor behaviour — pupils themselves, new and inexperienced teachers and support staff around the school.

But inspectors are not looking for perfection. Behaviour is never impeccable in any real-world situation. What inspectors want to see is, when issues do arise, do leaders, staff and pupils know what to do — and do they do it swiftly and effectively to make sure that every pupil has the chance to learn and to feel safe?

How can a school contribute to pupils’ broader development and how can this be demonstrated to Ofsted?

The ‘curriculum’, in a word. But the curriculum is more than just the academic, technical or vocational. That’s why we have that separate ‘personal development’ judgement under the new framework; to give schools and inspectors space to discuss and consider this broader development.

An outstanding school is one in which pupils have the opportunity for a wide range of experiences: trips, dramatic performances, sport, and so on. Crucially, it’s one in which the pupils who normally miss out on this sort of thing for one reason or another are included and get the experiences that their more advantaged peers routinely access.

Pupils who are developing well are being supported to eat healthily, to exercise, and to be physically and mentally healthy. They are receiving great, age-appropriate careers guidance. Ultimately, we all want pupils to be prepared for their next stage and life in modern Britain. What this should look like is very much up to schools.

Ofsted is not prescriptive about how schools should do things; we want to know the way that the school has found that works for their pupils. Inspectors will make a judgement about pupils' broader development once they have spoken to school leaders, teachers and, of course, the pupils themselves – as well as taking into account feedback from parents and carers.

How much focus will Ofsted be giving to test data?

Outcomes matter. Qualifications and tests are important. It is essential that pupils learn to read and to master mathematical concepts and operations at primary school. No-one would doubt the value of GCSEs, A-levels and other secondary school qualifications. It is hugely important that pupils make progress from one stage of education to the next, otherwise we are failing them.

Inspectors will always consider the published national data in relation to the progress and attainment of pupils. But they are interested in what lies beneath these headline numbers. What more do pupils know and remember than before? What can they do that they could not do before?

This is why we have been categorical that inspectors will not look at a school’s internal progress and attainment data — inspectors will focus on seeing the education first-hand, rather than getting diverted into a lengthy conversation about numbers and scores. Ultimately, this is about the children and young people, not a spreadsheet abstract of what’s going on in the school.

Good results should flow from a rich and ambitious curriculum, well-taught. This is why all of these elements are combined together into a single judgement: the quality of education.

How likely are Boris Johnson's proposals for 'no notice' inspections and to extend the length of inspections from two to three days?

You’ll understand if I don’t say too much here; these were the now-government’s announcements and I don’t want to pre-empt their thinking.

However, rest assured that we’ve been talking to our counterparts at the Department for Education about this and I expect there will be announcements in due course – so watch this space!

Marcus Rashford, celebrity chefs, as well as campaigners, have called on the government to review its free school meals policy.

Councils may use the funding for purposes including recruitment of additional staff, additional digital devices or to provide family support.

Ofsted has changed its plans for monitoring visits, which were due to begin next week, saying such visits will be done remotely rather than on site.

The Department for Education has said that the free school meals national voucher scheme will recommence on Monday 18 January and will be run by the same supplier Edenred.