Skip to main content
Home / Features / The importance and value of art, craft and design 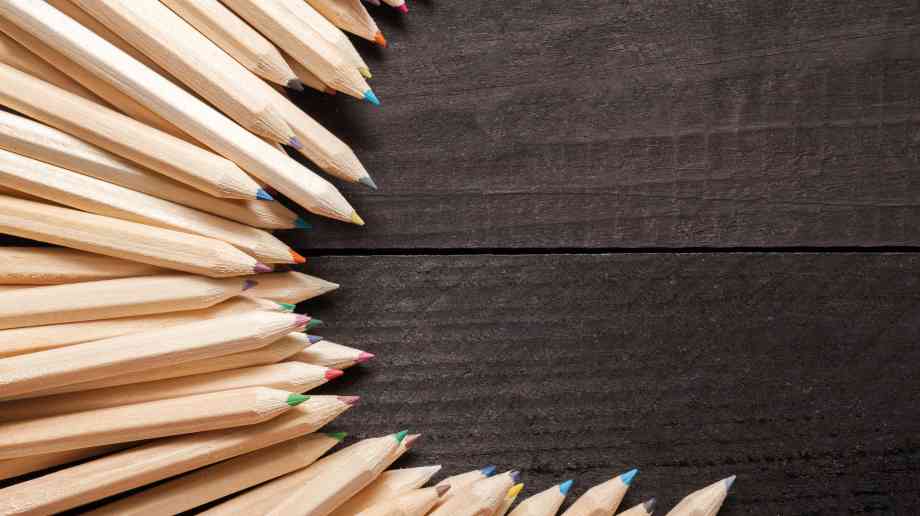 The importance and value of art, craft and design

Why is art, craft and design education so vital to our culture, our society, our economy and ourselves? The reasons are myriad, meaningful, complex and fiscal says Lesley Butterworth of the National Society for Education in Art and Design.

Art and design as a subject on the curriculum, (with craft tacit rather than explicit within its content) is generally taken for granted as an entitlement for children and young people in formal education. Images of small children cheerfully elbow deep in primary colours and young people meaningfully engaged in front of a well-known painting or actively behind a camera lens spring to mind.

These assumed images are now under considerable threat, and in many schools and settings the paints, kilns and cameras are now actively abandoned. What is happening to our subject, our teachers, our children and young people and ultimately to our creativity, culture, well-being and economic success is the issue this article will explain.

Opening doors of opportunity
Within the context of formal education the subject supports personal, social, moral, spiritual, cultural and creative development, and enables participants to engage with and explore visual, tactile and other sensory experiences and how to recognise and communicate ideas and meanings. These opportunities enable them to work with traditional and new media, so that they develop confidence, competence, imagination and creativity.

Through these opportunities they learn to appreciate and value images and artefacts across times and cultures, and to understand the contexts in which they were made. Experiences in art, craft and design enable them to learn how to reflect critically on their own and others’ work. They learn to think and act as artists, makers and designers, working creatively and intelligently. They develop an appreciation of and engagement in art, craft and design as critical consumers and audiences and an understanding of its role in the creative and cultural industries that shape and enrich their lives.

In life ‘knowing how’ is just as important as ‘knowing that’. Art, craft and design introduces participants to a range of intellectual and practical skills. It enables learners to use and understand the properties of a wide range of tools, machines, materials and systems. It provides children, young people and lifelong learners with regular opportunities to think imaginatively and creatively and develop confidence in other subjects and life skills.

It has a crucial role at the centre of science, technology, engineering and mathematics; moving STEM into STEAM fosters creativity, innovation, and economic growth. Art, craft and design supports and services other subjects, industries and sectors. It provides an introduction to potential careers in the visual arts and creative, heritage, cultural and digital and design media industries, sectors that are contributing significantly to the UK’s economy and reputation on a competitive international world-class platform. Many young people come to the UK to study art craft and design.

It is concerned with making critical judgements based on a sound knowledge of a variety of contexts; judgements about cultural values, cultural history, aesthetics, quality, craftsmanship and fitness for purpose, and provides an opportunity for and engagement in leisure pursuits that can yield lifelong benefits in health, well‑being and life satisfaction. It enriches children and young people’s experience of school and college life.

Most children and young people find it enjoyable and motivating, helping to develop positive attitudes to school and life beyond formal education.

Moving beyond school
It’s the career pathways emerging from art craft and design through further and higher education and links to the outside world of the creative, cultural, and digital and heritage industries that are seriously misunderstood, and the barriers to those aspirations are increasingly challenging for young people to surmount.

The industries that our subject so vigorously points towards and provides a skilled workforce for need some consideration.
Looking at the latest figures from the DCMS, published on 26 January 2016, we find positive reporting, the creative industries now contributing £84.1 billion a year to the UK economy. The UK’s creative industries grew by 8.9 per cent in 2014, almost double the UK economy as a whole, and generate nearly £9.6million per hour. 2016 is set to be another blockbuster year for UK’s music, film, video games, TV and publishing sectors, and British films, video games, crafts and publishing are taking a lead role in driving the UK’s economic recovery, according to the latest government statistics.

In 2013 the Heritage Lottery Fund announced new research showing that heritage based tourism is now worth £26.4 billion to the UK economy and rising. Film makers and games designers, textile conservators and set designers, animators and curators, illustrators and jewellers, marketeers and graphic designers, the list of potential and valuable careers goes on and perhaps needs to make more explicit, beyond the product comes the creative and flexible ‘out of the box’ thinking that makes an arts graduate so employable.

So with our subject signposting and preparing young people for success, what stands in its way? Several barriers are firmly in position, with the overarching fault line of the ‘unintended consequences’ of government policy and a toxic mix of time, money and prejudice.

The English Baccalaureate (EBacc) is a school performance measure that allows people to see how many pupils get a grade C or above in the core academic subjects at Key Stage 4 in any government funded school. In essence it includes English, maths, a language, the sciences, history or geography.

The word ‘Baccalaureate’ was quickly misleading, many making the incorrect assumption that it was like the International Baccalaureate (IB). The IB is a highly respected programme, (not a performance measure), and provides a broad and balanced curriculum that includes the arts. The EBacc does not include art and design, nor music, dance, drama or design technology and thus immediately created a two tier curriculum because of lack of parity of esteem across subjects.

The Coalition government introduced the EBacc measure in 2010. In June 2015, the Conservative government announced its intention that all pupils who start Year 7 in September 2015 will take the EBacc subjects when they reach their GCSEs in 2020. The EBacc is taking its insidious place at Key Stage 4, bookended by two further challenges, the National Curriculum at Key Stage 2 and the so called ‘facilitating subjects’ at Key Stage 5.

Reporting on the statistics
The effects of this disastrous triumvirate on the education pipeline is made apparent in the NSEAD Survey Report 2015‑16, that asked how, over the last five years, has government policy impacted on art craft and design education, looking at curriculum provision in art and design, the value given to art and design in schools and colleges, professional development opportunities and the well‑being and workload of art and design teachers.

The effects of Key Stage 2 testing have been noticeably worse in state schools, only 54 per cent of independent schools reporting a decrease.

At Key Stage 3, 44 per cent of art and design teachers across all school sectors reported a decrease in time for the subject over the last five years (four per cent reporting an increase). Of that 44 per cent, 93 per cent cited the EBacc as reducing opportunities for pupils to select the subject. Provision for art and design is increasingly influenced by school type, and most worryingly academy sponsors have been the biggest reduction in time for the subject. Because of the EBacc higher ability young people are being turned away from the subject.

The Survey Report also states that post 16 course closures have reduced the range of art and design courses offered for young people, 34 per cent of teachers and lecturers saying that in the last five years these courses have closed in their institutions. And it is at post 16 that the hapless future creative practitioner is faced with the influence of the ‘facilitating subjects’ as defined by the Russell Group Universities as those subjects most commonly required or preferred by universities to get on to a range of degree courses.

Art craft and design does not feature on this list.

The NSEAD Survey Report and its findings are essential reading for all who understand the value of art craft and design education. It acts as a health warning as we look at reduced choice and provision for a subject that has a direct business case inherent in its offer to young people and to the national economy. We deprive our children and young people of this subject at our economic peril.