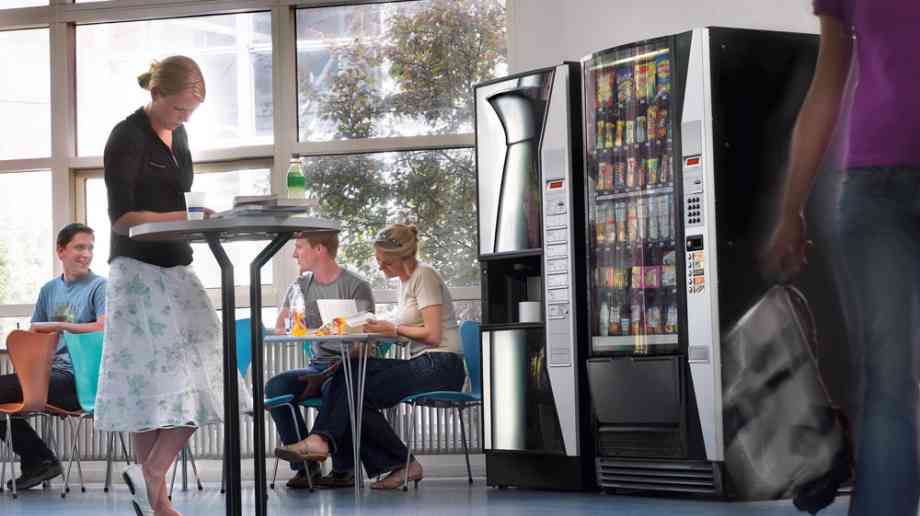 In the past, the vending machine was seen as a key perpetrator of sugary snacks and drinks. However with warnings of excessive sugar consumption and subsequent changes in consumer demand, the vending industry has changed, writes Jonathan Hart, chief executive of the Automatic Vending Association (AVA)

Over the past couple of years reports and warnings on the health risks of consuming too much sugar have never been far from the national media headlines.

A number of studies uncovering the ‘hidden sugars’ in popular food and drink products have highlighted how easy it is to consumer more sugar than we realise. Most recently, a report on the hidden sugars in children’s breakfast cereals warned that many children now consume half of their recommended daily sugar intake at the breakfast table before even leaving the house.

With such warnings on the amount of sugar in young people’s diets, it is clear that the school environment must provide a greater level of food and drink product choice that includes healthy options – vending machines can offer the ideal vehicle for this choice.

Increasing national focus on sugar content has led many influential experts and organisations, including Cancer Research and the UK Health Forum to back the introduction of a Sugar Tax and it was announced last year by the government that this would be introduced in 2018 for soft drinks.

The vending industry does not support the introduction of a Sugar Tax – instead, we believe in wider consumer choice and educating the nation about the importance of having a healthy, balanced diet where sugary snacks like fizzy drinks, sweets and chocolate can feature, with sensible moderation.

In the past, the vending machine was seen as a key perpetrator of sugary snacks and drinks. However due to changes in consumer demand, which the vending industry has reacted to, this perception is changing.

Vending machines provide a reliable and effective unattended retail outlet on school campuses, able to stock all sorts of products. Recent research found that 79 per cent of consumers would choose a healthy vended product if given this choice, perhaps helping to explain why today’s most profitable vending machines also stock a wide choice of healthy options.

Sugar consumption, particularly among young people, does indeed need to be controlled, and offering wider product options to assist an educated choice will help them gain better controlover their diets. Clearer labelling and improved education around nutrition from a younger age is also what is needed.

As an industry, healthy vending has been on our agenda for many years. As a result, there is an increasing number of companies specialising in the manufacture and distribution of lower calorie vended products.
The demand for vending machines to stock healthier snacks has grown considerably in recent months – a recent Mintel report shows that sales of potato crisps have declined to £1.34 billion in 2015 while sales of popcorn are popping, rising by 169 per cent over the past five years to reach an estimated £129 million in 2015. In fact, over one third (35 per cent) of Brits aiming to opt for a healthier snack have eaten popcorn in the three month period, rising to half (49 per cent) of those aged 16-34.

The AVA closely monitors the snacking habits and preferences of consumers and has been actively involved in driving awareness and education around healthier snacking options for some time.

For the last four years, the AVA has worked with Culinary Arts Management students at University College Birmingham to co-run a module called the Culinary Product Development Challenge. The module challenges students to create alternative, new healthy vending snacks that are calorie controlled.

As we move further into 2017 and beyond, it is clear to see that education around nutrition is set to grow steadily alongside a growing demand for lighter, healthier and lower-in-sugar snacks and vending machines in schools must ensure that their stock reflects this in order to provide greater choices.