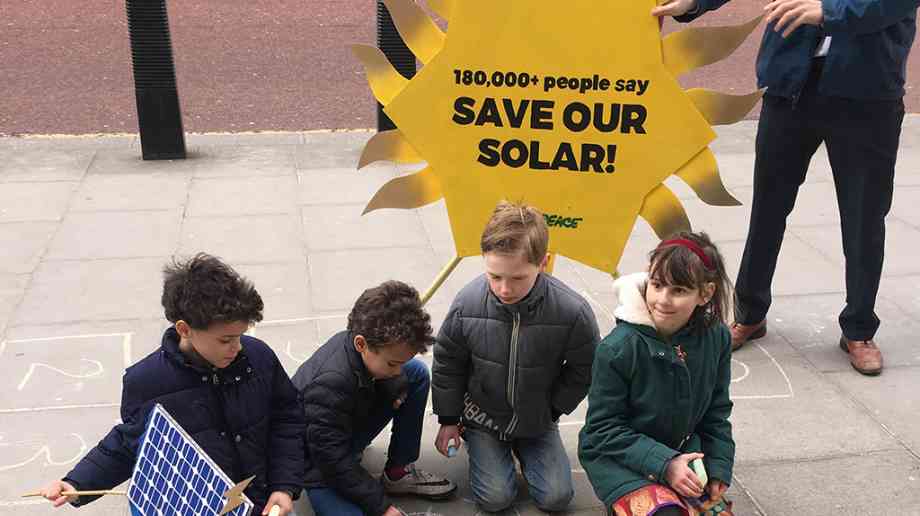 Leonie Greene and Holly Stower from the Solar Trade Association discuss the cost and carbon savings that can be achieved from solar PV systems, how to finance them, and if there is a way around the recently introduced rise in business rates for microgeneration

There are over 1,000 schools in the UK that have chosen to go solar. Schools usually have plenty of roof space that can be put to work to help to reduce energy bills and CO2 emissions. At the same time, solar engages pupils meaningfully in an exciting technology and the very real challenge of combatting climate change.

Cost reductions in solar PV have been unprecedented. Installed prices have fallen by over 70 per cent since 2010. Recent government predictions expect solar to get even cheaper. This has meant that even as government support has reduced, solar PV systems can still offer good value for money, particularly as energy bills are on the rise again.

The main benefit of going solar is that it can be a cheaper way of getting electricity compared to buying in power from the grid from your usual supplier. For example, if you assume that you are purchasing power from the grid at around £100 MWh, a solar system with a Power Purchase Agreement – where you contract to buy the power from a third party installer – might be able to supply you with electricity at £70-80 MWh.

The Feed-In Tariff (FIT), which pays a set amount per unit of energy generated, continues; meaning schools are still receiving a handsome income for the energy their roofs produce.

However, caps on deployment can make them harder to qualify for and lower (FIT) rates mean there is less of a business case for solar. But, schools have a big economic advantage. Schools can use solar energy as it is being produced, in the daytime, and so displaces high levels of grid power.

Clunky panels are a thing of the past. Solar panels are getting slimmer, sleeker and more efficient. For example Building-Integrated Photovoltaics (BIPV), these ‘panels’ fit seamlessly into the architecture by replacing conventional building materials. Their marginal extra cost is offset by the production of renewable energy.

HOW TO FINANCE YOUR SOLAR SYSTEM

There are several business models that can be used to pay for a solar installation. The simplest is to pay for the installation outright and earn your investment back over time through energy bill savings, FIT tariffs and guaranteed payments for any exported solar. However, if the school doesn’t have funds available to pay for the system outright, there are other options which provide great opportunities for creativity.

The case study below of Liss Primary School is a delightful example where pupils and parents fundraised to crowd-fund not only their own solar school, but a partner school in Uganda so it could benefit from electricity for the first time. There are many other inspiring examples of crowd funding approaches on the 10:10 Solar Schools website.

Another option is financed or funded solar. This is where an external investment company pays for the installation and sells the power to the school at a competitive rate. The school pays nothing upfront and buys the electricity generated by the system from the investment company more cheaply than grid electricity through a Power Purchase Agreement (PPA). Maintenance is usually covered for the duration of the term.

Here are some key questions to ask before entering into a Power Purchase Agreement (PPA). What is the PPA rate? What is the price per kWh of electricity offered? How does that compare with what you pay at the
moment?

How does it inflate each year? Is there a guarantee to ensure that the PPA will not be higher than the prevailing market price for electricity?

Schools should also ask if they have to buy all the electricity generated even if not used on site? (Some PPAs will require the building to buy 100 per cent of the electricity even when it doesn’t use it all.)

The STA has been dismayed by the shock rise in business rates for solar on state schools and hospitals under the new 2017 ratings, which came into effect this month. We continue to lobby for corrective legislation to permanently exempt microgeneration (under 50kW), as well as rooftop solar cells and panels.

We were delighted to be joined by pupils from the Eleanor Palmer School in Camden to present a Greenpeace petition of 200,000 signatures to the Treasury opposing the tax hike.

Schools now face a business rate tax of 300-400 per cent which applies specifically to solar that is owned by the school itself and where the majority of the power generated is consumed on-site. For example, a school with a 50kW system will pay a £807 business rate tax per annum where previously it paid nothing.

As the legislation currently stands microgeneration has only a limited exemption in England and Wales for one business review rate term (usually five years). However, microgeneration is permanently exempt in Scotland so most schools in Scotland with solar will continue to pay nothing.

It is truly bizarre for government to penalise on-site self-supply, which is the most efficient use of solar power. But we are where we are. The good news is there are ways around this by effectively setting up a separate legal entity that can sell the power back to the school – contact an STA member if you want to know more about this. Power that is mostly exported qualifies for a much lower rateable value.

Of course, if you have PPA-contracted solar then you will not be liable for business rates.

It’s a great shame that schools that did so much to raise funds for their own solar will be penalised in this way. Do get in touch if you’ve been affected and you’d like to lobby government with us to change this.

To date the biggest solar market has been for solar panels that generate electricity. However there is also the alternative option of solar thermal hot water heating. Schools have significant hot water requirements for showers and catering.

Solar thermal hot water installations are typically cheaper than solar PV panels, and they are supported by the Renewable Heat Incentive (RHI) which means that the technology has similar rates of return on investment and similar payback periods as solar PV. Contrary to misconceptions, solar thermal relies on light, not heat, to heat the water, so can continue to work even with outside temperatures below freezing.

HOW TO MANAGE AN INSTALLATION

Most school solar systems will be 50kW or below. Therefore you should get at least three quotes from a Microgeneration Certification Scheme (MCS) and Renewable Energy Consumer Code (RECC) certified installer.

If your installation is over 50kW you don’t need an MCS certified contractor but most will be – certainly all STA members are. If you are over 50kW you still need ROO‑FIT accreditation in order to claim FITs, but a competent installer will accredit the system for you. Make sure your installer has good experience of installing larger systems beyond the domestic scale.

The government has a simple checklist and route map online. However if you want to be empowered for better informed project management check out the Solar Trade Association toolkit called the Commercial Solar Rooftop Confidence Checklist that will give you a very good idea of all the factors a quality installer will consider. This is freely available from the STA’s website.