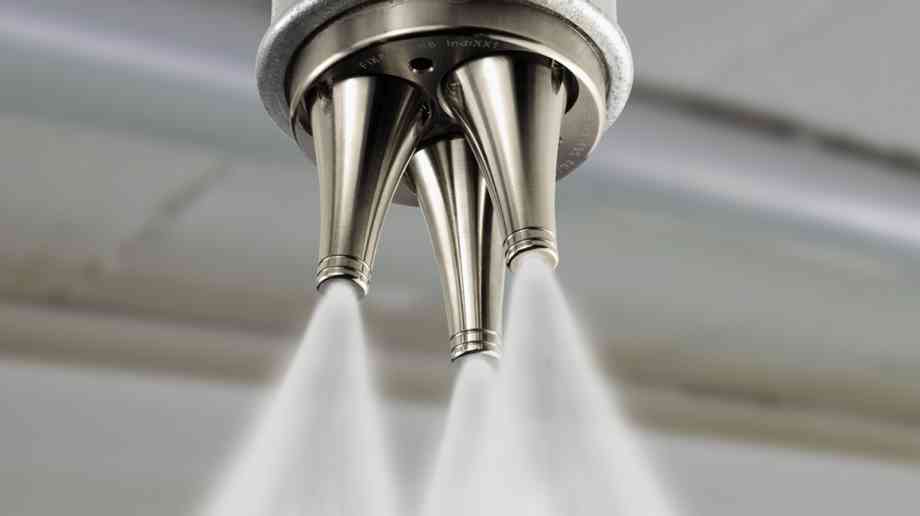 A call for the mandatory fitting of sprinklers

The National Fire Chiefs Council (NFCC) continues to argue the case for fitting sprinkler systems in all new and refurbished schools in England, and has engaged with the Department for Education who are shortly to launch a consultation of its revised draft Design Guidance for Fire Safety in new schools

The National Fire Chiefs Councils know it is vitally important that schools, and the people inside them, are protected from fire. This begins with how schools are designed and is a life safety objective that forms the minimum design standard in the UK and is encapsulated within Building Regulations. In short, schools, like any building, must be built in such a way that if a fire occurs, an alarm is raised, occupants are warned, and can safely escape. Most would consider this to be a fairly low bar to achieve.

NFCC have been engaged with the Department for Education in England who are shortly to launch a consultation of its revised draft Design Guidance for Fire Safety in new schools. We continue to call for the mandatory fitting of sprinkler systems in all new and refurbished schools, as is the case currently is in Scotland and Wales.

The person responsible for the school is accountable for the safety of those within it. The Regulatory Reform (Fire Safety) Order 2005 places the legal obligation on the responsible person to assess the fire risk and then to manage and reduce it. Again, the primary focus is to ensure that occupants can escape. Fire and rescue services enforce this Order; this may include Fire Inspectors auditing schools, providing advice and taking enforcement action if required.

Building Regulations and the Fire Safety Order are shown to be effective in achieving this as it is rare for people to come to harm in a school fire. However, it does not stop fires in schools from happening and they are surprisingly common. Across England in 2019/20, fire and rescue services attended 524 primary fires  in educational premises. Of these, 19 per cent were started deliberately. This is a high ratio that reflects the well-established trend of arson in schools increasing outside of term time. This is when the risk to life is less however there will be fewer people on site to take immediate action and additionally many schools also lack the equipment and adequate fire protection needed to prevent small fires becoming major fires.

This is often why fires in schools tend to result in large-scale damage and loss. The Association of British Insurers estimate that a typical large-loss school fire may on cost on average £2.8million to address. A school fire of this size occurs every two-weeks. It has been suggested that this scale of damage may be due to the poor state of some parts of the educational building stock and the degree of the fixed fire protection measures that are provided. As an illustration of this, Zurich Insurance found that of 1,000 schools inspected, two-thirds were rated with ‘poor’ fire protection measures.

The costs are not just financial. Potentially a greater price is borne by the 90,000 students in the UK per year whose education is disrupted by a school fire. A large fire may result in missed lessons, temporary teaching accommodation, school transfers, damaged coursework, cancelled examinations, extra-curricular activities being withdrawn and a loss of the inter-personal and student-to-student interactions that are so important. Staff morale is also seen to suffer as is the children’s general well-being.

There is an additional cost to the wider society. Many schools offer their buildings for community use therefore other groups are disadvantaged. Parents and care-givers also suffer financially and professionally as they take time off work to look after children. Insurance does not compensate for these losses.

The case for sprinklers

Fire Sprinklers are a solution to preventing firespread in schools and the harm that is done. Research carried out by NFCC and the National Fire Sprinkler Network has shown sprinklers to be highly reliable and effective. When sprinklers operate, they will control or extinguish a fire in 99 per cent of cases. Typically, this limits damage to one room or area. This vastly reduces the disruption to students and often means that the school can carry on with their normal activities largely uninterrupted.

In March 2007, Jim Knight MP, the then Minister of State for Schools and Learners endorsed the benefits of sprinklers and their role in protecting schools. He stated that;

“it is now our [Department for Children, Schools and Families] expectation that all new schools will have sprinklers fitted. Any exceptions to this will have to be justified by demonstrating that a school is low risk and that the use of sprinklers would not be good value for money.”

This was written as the Foreword to a design guide called Building Bulletin 100: Design for fire Safety in Schools. BB100, as it is known, explained that the losses which are felt by students, staff and society require that sprinklers are provided to afford schools with a higher level of protection. This exceeds the legislative requirements described at the beginning of this article; perhaps for this reason, the uptake has been mixed. NFCC reported that initially, the statement of expectation had the desired effect as 70 per cent of new schools in 2007 were fitted with sprinklers . Since then however this figure has subsequently fallen to 15 per cent. The NFCC is campaigning to strengthen this expectation of sprinklers so that it becomes legislatively mandated.

It is pleasing to note however that the education sector and local authorities are starting to respond to the risks and recognise the value that fire sprinklers give. In November 2020, Derby City Council and Derbyshire County Council signed a joint Statement of Intent committing to fit sprinklers and the right fire safety measures in new build schools and primary and secondary schools undergoing significant renovation, refurbishment or extension. This followed a spate of three large-loss school fires in Derbyshire. It is hoped that other local authorities will make the same policy decisions.

For anyone who wants to know more about fire safety in schools, they should begin with the HM Governments fire safety risk assessment for educational premises. Alternatively we would encourage schools to  your local Fire & Rescue Service for advice.

According to the latest figures, the Department for Education is 4,248 short of its target of delivering free laptops to disadvantaged pupils so they can access remote learning.

Two-thirds (67%) of home-schooling parents say learning at home went very or fairly well for their children over the latest lockdown, but 31% disagree

Universities to open to all students from 17 May

All remaining university students can return to in-person teaching from 17 May, at the earliest, the Government has confirmed.

Campaign for £100m a year to revitalise school libraries

All of the UK’s children’s laureates have called for the government to dedicate £100 million a year to revitalising 'deteriorating' primary school libraries.

Wellbeing support and tutoring wanted by parents as catch up measures

In Ipsos MORI’s latest KnowledgePanel poll, the most preferred options for catching up on lost learning from parents are to receive increased wellbeing support (56%) and additional tutoring sessions outside of school hours (55%).

DfE falls short of 1.3 million free laptop target
Two thirds of parents think home-schooling went well
Universities to open to all students from 17 May
Campaign for £100m a year to revitalise school libraries
Wellbeing support and tutoring wanted by parents as catch up measures

If a fire breaks out in a school, college or university, the damage can be profound, not least to the learning of students.