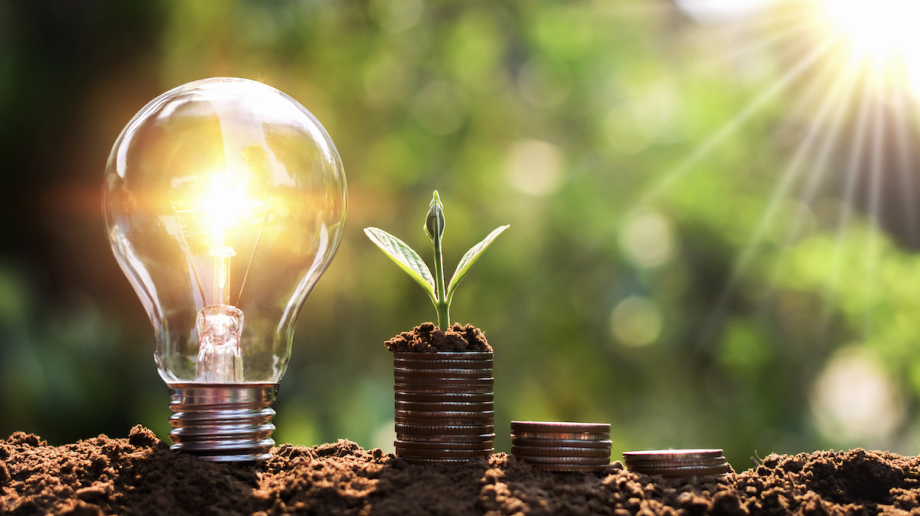 Empowering young people in schools to reduce energy use and encourage energy efficiency is key to addressing the climate emergency, writes Angela Howarth from the Energy Saving Trust

The latest report from the IPCC (Intergovernmental Panel on Climate Change) showed without doubt that we are close to reaching an irreversible tipping point unless action to tackle climate change is urgently accelerated. Drastic cuts in carbon emissions are now needed to avoid environmental disaster. This means major changes must be made across government and society, including within education, if the UK is to meet its goal of achieving net zero carbon emissions by 2050.

Action to tackle climate change is already being taken across the education sector. For example, the Department for Education has exceeded the targets set by the Greening Government to reduce the environmental impact of government departments. It has also introduced a new GCSE subject focussed specifically on the topic. However, with UK schools still producing 9.4 metric tonnes of CO2 yearly, there is much more to be done to incentivise education institutions to play their part in the transition to net zero.

A reduction in the carbon emissions would be beneficial on both an environmental level and for children’s health. A recent report by the World Health Organisation showed that a quarter of UK pupils attend schools where air pollution is over the WHO limit. Poor air quality can impact heart disease, stroke, lung cancer and childhood asthma. Recently, the UK Government committed to providing CO2 monitors to all state-funded education settings from September 2021, so that staff can quickly identify where ventilation needs to be improved.

There are several factors which play a role in causing emissions from schools, from heating buildings to student and staff waste and travel, as well as the activities of companies providing goods and services. There are a number of simple steps that all schools can take to start to reduce energy use and improve energy efficiency now – which will also help to reduce energy bills. This includes turning lights off when not in use – switching a light off for just a few seconds will save more energy than it takes for the light to turn on again, regardless of the type of light. In big buildings like schools, this simple switch can make a big difference.

Switching to LED spotlights that are bright enough to replace halogens is another way to reduce energy use. They also improve the quality of light and last longer than older bulbs, providing a cost saving opportunity.

Schools can also turn off appliances – PCs and monitors use energy while switched on but not in use. To avoid this, computers can be set to “hibernate mode” after 10 minutes of non-use. Monitors can be switched off between classes and when the school day ends, particularly before the weekend. Choosing a laptop over a desktop and reducing standby could save up to 25kg CO2e per year.

Walking or cycling to and from school will cut congestion, carbon dioxide emissions and other air pollutants that we know endanger public health and ecosystems.

Active travel to and from school offers a great way for school students to reduce emissions as part of their daily routine. The Walk to School campaign led by Living Streets UK has lots of tips and ideas for encouraging this.

The world is home to 1.8 billion young people between the ages of 10 to 24 – the largest generation of youth in history. Young people have a critical role in helping to ensure awareness and action and many are already using their voices to call for change – particularly through the School Strikes for Climate movement.

It is crucial to empower people of all ages with the knowledge and tools to make positive change. This includes showing children and young people some simple but significant ways that they themselves can contribute to addressing the climate emergency as well as taking action to reduce the emissions from the school environment.

Energy Saving Trust recently challenged school pupils and their families across Northern Ireland with making some simple changes to help save energy at home, from reducing water to turning TVs and games consoles off standby at home. We also supported Switch Off Fortnight – an initiative led by the Pod schools programme which encourages schools and young people to make small changes in their lives to save energy and protect the planet.

These schemes allowed teachers to break down the issue of climate change and carbon emissions to students in a digestible way and empower them to make small incremental changes, which can have a big collective impact and directly benefit their local community. We would encourage teachers to look out for similar initiatives in the future.

Although tackling the scale of this global issue can understandably feel daunting, there are a multitude of small actions taken by both individuals and institutions which can create big change. Supporting children to take action in their homes and making changes in school buildings themselves are key steps to addressing climate change as well as the financial pressure on our schools.