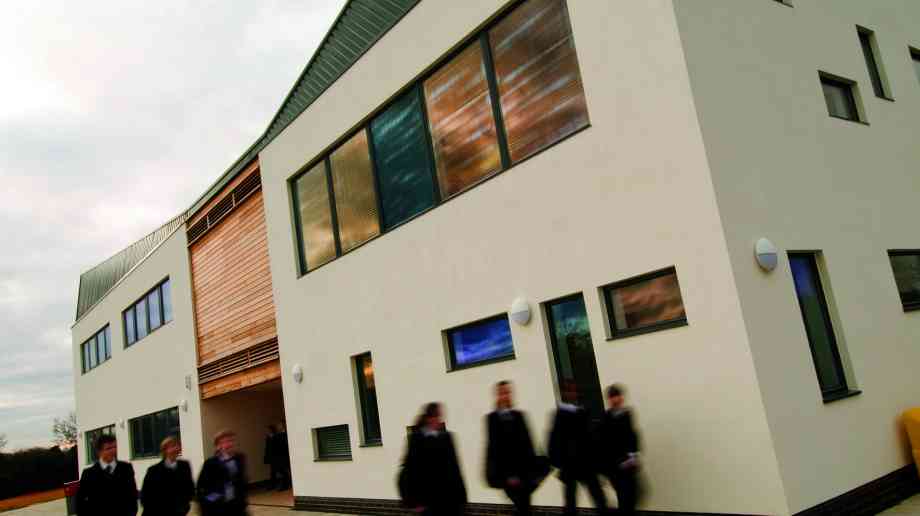 Education Business looks at newly announced measures to increase the number of good school places, including a new wave of Free School applications and support and funding to expand good grammar and faith schools

The government has announced several measures to grow the number of good school places, following the Schools that Work for Everyone consultation, which set out the government’s ambition to ensure there is a good school place for every child, whatever their background.

Measures include £50 million to expand the number of places at existing good or outstanding selective schools, a new wave of free school applications, support to expand good faith schools, and an agreement with the independent schools sector to help improve outcomes for pupils of all backgrounds.

Education Secretary Damian Hinds said: “Standards are rising in our schools and we’ve created hundreds of thousands of new places since 2010 but we want to make sure every family can access a good school.

“By creating new schools where they are needed most and helping all great schools to grow, we can give parents greater choice in looking at schools that are right for their family – and give children of all backgrounds access to a world-class education.”

The £50 million Selective Schools Expansion Fund, available for 2018-19, is an opportunity for existing good or outstanding selective schools to expand their premises to create more places.

To make these schools more inclusive, schools will have to submit a Fair Access and Partnership Plan setting out what action they will take to increase admissions of disadvantaged pupils.

This is to make grammar schools more socially inclusive. Research shows that pupils from disadvantaged backgrounds attain better results in selective schools and around 60 per cent of these schools already prioritise these children in their admissions. For example, King Edward VI in Birmingham actively encourage more pupils from less privileged backgrounds to join their schools, including considering 11+ results for disadvantaged pupils separately to their non-disadvantaged counterparts.

A Memorandum of Understanding with the Grammar School Heads’ Association has also been signed, outlining its commitment to widen access and work with local schools to raise standards for all children.

Grammar School Heads’ Association chief executive Jim Skinner said: “We are very pleased that, like other good and outstanding schools, selective schools now have access to a fund to allow them to expand their premises. This is particularly important at a time when there are increasing numbers of pupils reaching secondary age and such high demand from parents for selective school places.

“We look forward to working with the Department for Education through the memorandum of understanding, to continue and further extend the work that member schools have undertaken in recent years, to increase access for disadvantaged pupils and to support other schools to raise standards for all children.”

Wave 13 of free school applications have opened and will target areas with the lowest educational performance. Proposals should therefore be in areas that have both low standards and a basic need for additional school places.

This wave is looking to approve around 35 new mainstream primary, secondary, all‑through and 16-19 free schools in total.

Parents and Teachers for Excellence Director Mark Lehain said: “The new wave of free schools announced is fantastic news for communities across the country. Already hundreds of towns and tens of thousands of families have benefitted from the addition of great new schools to our system, and the next wave, targeted at areas that haven’t yet had this, will ensure the benefits are felt wider still.”

The government has said it will retain the 50 per cent cap on faith admissions for free schools, but will make it easier for faith groups to open new voluntary-aided faith schools to meet local demand.

The voluntary-aided route already allows for schools to apply to open with up to 100 per cent faith based admissions. The DfE will work with local authorities to create these schools where they are needed, but the provider must put up a ten per cent contribution.

These schools will continue to be expected to play an active role in their communities. This could include twinning with other schools and ensuring diversity on the governing board.

In 2016, the government proposed scrapping the rule that new faith schools can only apply their faith-based over-subscription criteria to the first 50 per cent of places when they are over-subscribed.

The Roman Catholic Church says the cap prevents it from opening new free schools – because it is against its religious rules to turn away Catholics on the basis of their faith.

The government has established a dedicated unit that works with universities and independent schools to develop and strengthen partnerships with state schools to help raise attainment and aspiration for all pupils. A number of institutions have already come forward to do this including independent and state schools working together to support school improvement.

The Department for Education has published a joint understanding with the Independent Schools Council, setting out how it will work in partnership with state schools and, in particular, help pupils from disadvantaged backgrounds. The higher education sector is also supporting these objectives and, in February, the Office for Students set out what is expected of universities with regard to participation and access.

£514 million has been announced to expand or improve the condition of school buildings across the country, in order to create more good school places. The funding is being allocated as part of the Condition Improvement Fund. It will support 1,556 projects across almost 1,300 academies and sixth-form colleges in England to help improve the condition or expand their facilities.

The announcement includes £38 million for projects supported by the Healthy Pupils Capital Fund, which is drawn from the Soft Drinks Industry Levy. This fund helps to improve children and young people’s physical and mental health by enhancing the quality of, and access to, facilities such as changing rooms, playgrounds, kitchens and sports halls.

Minister for the School System, Lord Agnew, said: “All children deserve the best possible education and state of the art facilities are a big part of that. This funding will transform the condition of school buildings and help our best schools to expand, creating more good school places for families and raising standards for pupils. This will build on the hard work of teachers and our reforms, which have resulted in 1.9 million more children being taught in good or outstanding schools than in 2010.”

The Condition Improvement Fund is an annual funding allocation that academies and sixth-form colleges are invited to bid for. In addition to improving the quality of school facilities, the fund also enables Good or Outstanding schools to expand where there is a need for them to do so.

A record number of 18 year olds from the most disadvantaged backgrounds in England have been accepted into university – up 7.3% on last year’s results day.

Students in Wales promised grade not lower than AS grade

The Education Minister for Wales has said if a student receives an A Level grade that is below that of their previous AS grade, then a revised grade will be issued automatically

Following the announcemnet that valid mock exams can be considered as part of an appeal, Ofqual has said it is working urgently to "operationalise this a fairly as possible"