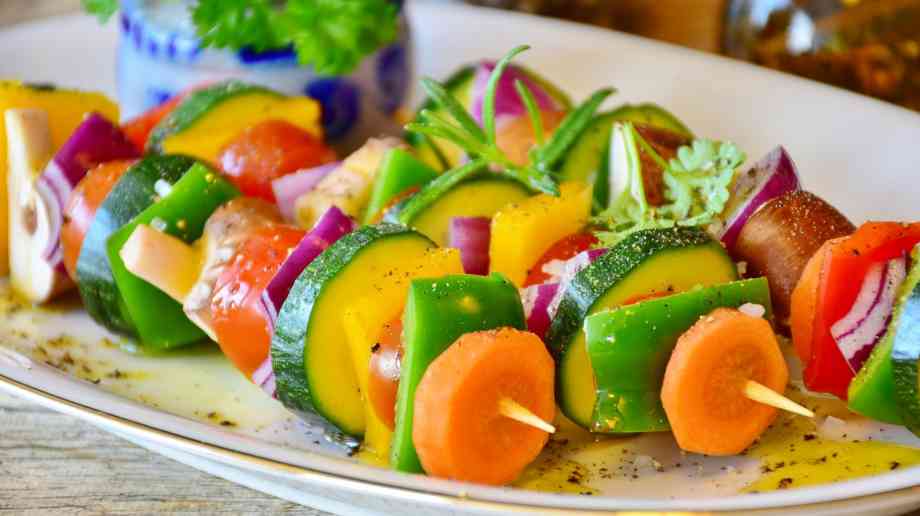 Plant-based meals on the menu

Public authorities have to ensure that vegan provisions are readily available, in order to prevent direct or indirect acts of discrimination. But aside from this, there are many benefits to providing plant-based options for everyone at school, writes Sabrina Ahmed from the Vegan Society

It’s been heartening to see a recent increase in the number of schools who are now providing plant-based meals on their menus. And yet, such schools remain a minority, with overall accessibility to vegan options remaining few and far between, as many vegan pupils continue to find themselves unable to eat during lunchtime.

The Vegan Society often hear from many concerned parents who are reliant on pre-prepared packed lunches to ensure that their children have sufficient food when they go to school. As it stands, many public sector institutions will claim to have vegan options available upon request, and yet the reality of the situation is starkly different; vegans are often told that they cannot be provided for, or are offered very limited options - such as a plain jacket potato and beans - which do not meet the nutritional standards laid out in many of the healthy eating guidelines that schools adhere to.

This highlights issues with the rights of vegans; a lack of provision often alienates vegan pupils from their peers and encourages playground bullying due to ‘othering’, especially as education of veganism is otherwise limited in comparison to other beliefs. This lack of understanding makes it easy for other pupils to dismiss the beliefs of vegans entirely.
It’s crucial to address this following a landmark tribunal case in January, where veganism was found to have passed the legal tests to be deemed a philosophical belief, and its status as a Protected Characteristic under the 2010 Equality Act was confirmed. This underlines the legal obligation on public authorities to ensure that vegan provisions are readily available, in order to prevent direct or indirect acts of discrimination. Legislative change has already taken place in other countries to ensure this, such as Portugal, where vegan options are mandated as standard on all public sector menus.

It must also be noted that the benefits of plant-based provision isn’t just limited to vegans – such meals can be enjoyed by almost all - including vegetarians or people with religious dietary requirements – and can support inclusivity, as vegan dishes are typically also suitable for people who follow the Islamic, Jewish, Sikh and Hindu faiths.

A vegan option could also support healthy eating initiatives - a well-planned vegan diet is typically high in fruits and vegetables and therefore meets the nutritional standards laid out in various healthy eating guidelines, such as the Eatwell Guide. If we acknowledge that children already struggle to consume their five-a-day, it almost seems obvious to ensure accessibility to healthier options. Studies have also suggested that introducing nutritious meals early can help provide long-term health benefits - ensuring a vegan-friendly option on school menus would familiarise children with healthier and more sustainable plant-based foods, encouraging healthy habits that they can carry into their adult life, whilst also tackling childhood obesity concerns in the interim.

An increasing amount of scientific evidence has stated that we should be eating more plant-based meals, which is all the more paramount in light of the climate crisis. Research from Oxford University states that eating a plant-based diet could be the ‘single biggest way’ to reduce an individual’s environmental impact, whilst the Committee on Climate Change asserts that ‘the public sector should take a strong lead by providing plant-based options in schools and hospitals’. Not only would this support a societal shift towards better consumption patterns, but would also indicate that the UK public sector is serious about tackling the climate crisis effectively.

Catering for vegans doesn’t need to be complex – altering existing vegetarian options with simple swaps, such as using dairy-free alternatives in place of cow’s milk or cheese – ensures that meals are more inclusive, and suitable for all.

It’s important to feature a protein source within meals - legumes are an economical option but consider adding variety to meals by making use of soya mince and tofu.

Be sure to include a Vitamin C source – such as pineapple or grapefruit – which helps boost the absorption of iron from plant foods.
Encouraging uptake might even be the simple matter of being able to market the food well.

Enticing language – which highlights individual flavours and ingredients – could encourage children to try new options, whilst highlighting the ‘forkprint’ (the GHG emissions within each meal), could be a fun, yet educational way to inspire children to opt for more sustainable food options.

Commonly, lack of demand has been cited as a reason against vegan provision, with low uptake leading to food wastage. And yet, the number of vegans in the UK is on a continuous rise, having quadrupled in the last five years, as people become more mindful of their consumption. This indicates that eating habits are changing, and it’s now imperative for the public sector to keep up with changing demand.

Vegan options can also be economical and lead to a long-run cost-saving, as many plant-based proteins (such as beans and lentils) are significantly cheaper in comparison to their meat-based alternatives, with a longer shelf-life and lower price volatility.