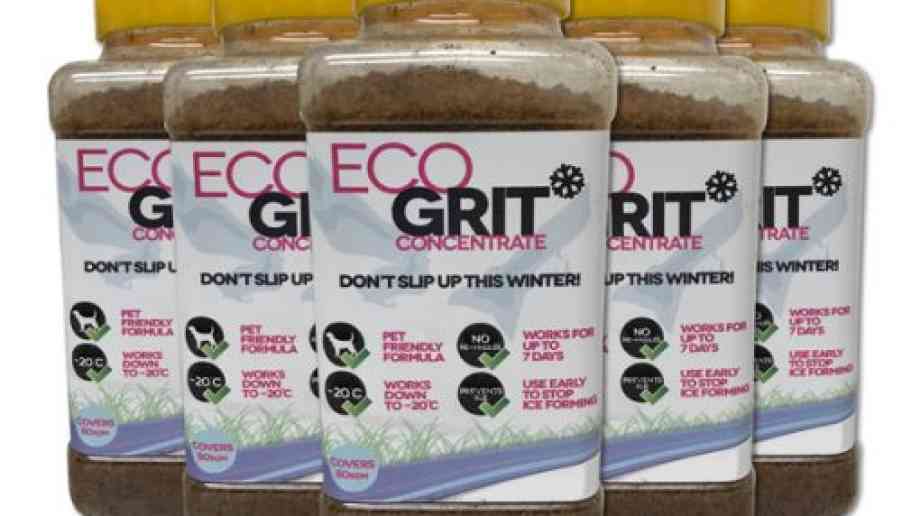 With weather patterns becoming more uncertain and new records being set at both ends of the scale, winter can become a dangerous place. We can never be sure in what areas the cold and frost will hit, often leaving us unprepared.

Rock salt is the most widely used product now and has been for many years, even though we know it is not ideal because of the damage it causes to the areas we use it on as well as the wider environment. Rock salt is not only very corrosive but is only effective to around -6C

Rock salt has a low moisture absorption factor, which means it can prevent the ground from freezing down to a ground temperature of -6C (ground temperature is usually about two degrees lower than air temperature). If the temperature falls below -6C then the rock salt just freezes and this can be dangerous on paths because even though it looks gritted, it is still slippery and so more accidents can occur. Even a light fall of snow can quickly saturate the rock salt rendering it useless, meaning it should then be reapplied.

Even on light frosty days there is always the chance a teacher has a slip and when this happens if they have to take time off, it becomes costly for the schools when they have to draft in agency teachers to fill the void. This is why when schools are open in the winter, it is a priority to make sure that the paths and walkways to the buildings and between the buildings are clear of ice. Ideally without causing too much damage to the surrounding areas.

In the last couple of years, different areas have experienced unexpected, longer colder snaps of weather bringing with it plenty of problems. The solution has been to just put down larger amounts of rock salt, but this gets to a point where the damage done becomes expensive to fix and if the temperature drops enough it can lead to schools, nurseries, and universities to close their doors until the weather passes. This can have a terrible knock-on effect to the way our society operates by forcing a lot of people to have to take the time off work to look after their children.

This is where EcoGrit comes in.

EcoGrit concentrate is a safer, non-toxic, more environmentally friendly alternative to rock salt that’s made with natural ingredients and won't harm plants, animals, or children (even when ingested).

It is not actually a grit it’s a granular product which means it doesn’t get carried into buildings on footwear, it breaks down completely and also leaves no mess behind. It reacts with the frost and snow and becomes a clear de-icer which coats the ground and because it can work to temperatures as cold as -20C, it doesn’t re-freeze meaning it doesn’t need to be re-applied as often as the rock salt does.

EcoGrit is a concentrate, so less product needs to be used and it can safely be used around plants, animals ( and yes, children). The product also has no COSHH restrictions, can be stored indefinitely in a dry place and still works when needed.

At EcoGrit we take pride that we don’t use urea in our product as most environmentally friendly de-icers contain or are 100% urea. If urea is used in large quantities, it can cause toxic algae blooms which are devastating to wildlife and animals (many countries have banned the use of urea as a de-icier), and the UK is looking to restrict the use of this for farmers as urea is 47% nitrogen and used as a fertiliser.

We supply EcoGrit in a variety of sizes: