Skip to main content
Home / Features / The Year of Engineering 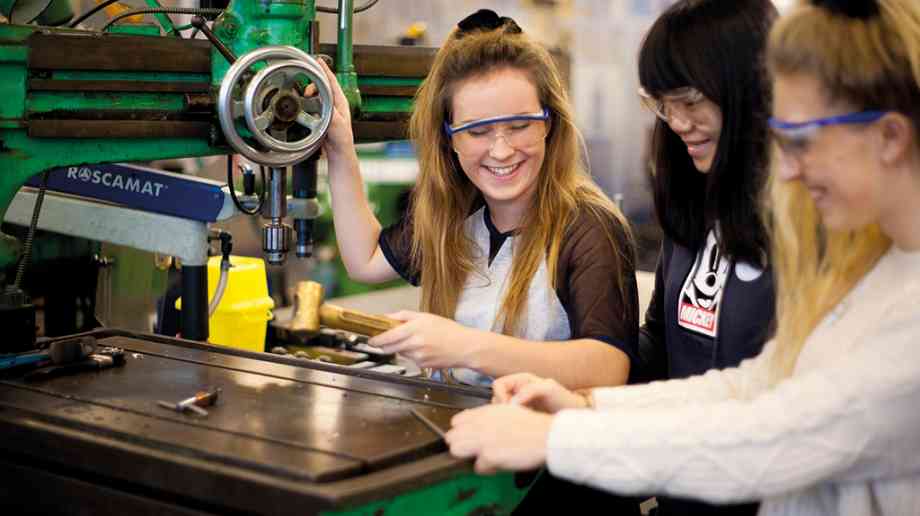 The Year of Engineering

The Year of Engineering will see the government and industry aim to tackle a major skills gap and inspire the next generation of engineers.

According to the government, engineering is one of the most productive sectors in the UK, but a shortfall of 20,000 engineering graduates every year is damaging growth.

The national campaign will increase awareness and understanding of what engineers do among young people aged seven to 16, their parents and their teachers.

As part of this, ministers from across the government are teaming up with engineers, industry experts and businesses in order to change perceptions around this area. This is expected to highlight the scale of opportunity that careers in the industry can hold for young people in the UK.

The campaign is being supported by the UK Space Agency, which will be funding seven education and outreach projects designed to inspire interest in science, technology, engineering and mathematics (STEM).

The projects will each receive £210,000 of funding and include Monitoring the Environment, Learning for Tomorrow (MELT), which will allow pupils to understand and analyse key earth observation relating to the North and South Pole.

Another project will see the Space Agency work with the Design and Technology Association in order to develop a series of curriculum‑based resources which will use the design and technology curriculum as a platform to motivate young people to consider careers in the space industry.

This will see the government and around 1,000 partners deliver a million inspiring experiences.

There will also be activities taking place in order to inspire young people, such as a Siemens See Women road show aimed at inspiring women, including more black, Asian and minority ethnic girls, into pursuing STEM careers.

Other measures include producing new children’s book on engineering and allowing schools to go behind the scenes at Airbus to meet engineers working on the Mars Rover. What’s more, the Science Museum and London Transport Museum will be capturing children’s imaginations with interactive exhibitions.

In addition, Thales in the UK will be inspiring inventors of the future with robot clubs in primary schools, and Sir James Dyson, through the Dyson Institute, the James Dyson Foundation and the James Dyson Award, will continue to invest in inspiring young engineers by providing opportunities to apply engineering principles to projects that solve real world problems.

Skills minister, Anne Milton commented: “I want to see everyone whatever their background, wherever they live to have a chance to get a rewarding career or job in engineering whether they come via a technical or academic route.

“The Year of Engineering gives us a great opportunity to work together with business to inspire a new generation of world class engineers. We want to build the science, technology, engineering and mathematics skills that we need for a growing economy, as highlighted in the government’s Industrial Strategy.”

The Defence Science and Technology Laboratory

The Defence Science and Technology Laboratory (Dstl) has announced that it will be backing the government’s Year of Engineering pledge for 2018.

As a key campaign partner, Dstl will be promoting its state-of-the-art engineering work to demonstrate the creativity involved in designing solutions for military and security customers.

In 2017, Dstl recruited 80 graduates and 27 apprentices across its divisions, who work on some of the UK’s most exciting and interesting science and technology programmes, many of which have international and well as national implications.

Engineers at Dstl work in a wide range of engineering disciplines including mechanical, electrical, materials and software. Every day they are working on a range of high‑profile engineering projects including the Queen Elizabeth class of carriers, the F-35 Lightning II, unmanned aerial vehicles, ballistic protection and cyber security.

The Year of Engineering activities will build on Dstl’s current Science, Technology, Engineering and Maths (STEM) outreach programme with schools and universities, which sees its STEM Ambassadors out and about meeting as many young people as possible to help inspire the next generation of engineers.

Dr Bryn Hughes, Dstl technical director, commented: “At a national level, there is a general shortage of well-trained and qualified engineers. If not addressed, this will have a long-term impact not only for defence and security, but also the prosperity of the UK. At Dstl, we encourage our engineers to meet young people as part of the STEM Ambassador programme, and raise the profile of the exciting opportunities offered through engineering in all its forms.

“To this end we look forward to the opportunity in 2018 to really focus our efforts. We’ll be working alongside other employers with the aim to inspire the next generation of engineers to join us in solving some of the UK’s most critical problems with inventive engineering solutions both now and in to the future.”