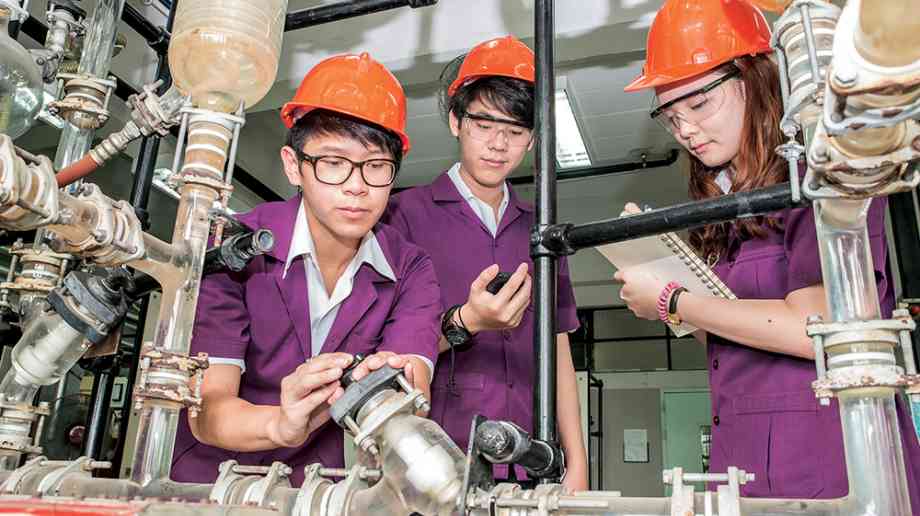 Following Brexit, Britain is set to become a more independent nation. With ambitious infrastructure projects planned, the country needs the engineers and scientists to make these plans a reality. So how can schools get the young generation excited about these subjects? Andrew Mabbett, researcher at BESA, examines the situation and shares some resource advice.

One month on from Britain’s historic vote to leave the EU, July was named by market researchers GfK as the month with the biggest slide in consumer confidence in more than 25 years. In an attempt to restore this lost confidence and give the UK economy a much‑needed boost, Chancellor Phillip Hammond appears set to declare the era of austerity over by greenlighting various major infrastructure projects. Perhaps seeking to cement its centuries-long reputation as a nation of world-leading engineers, the British government has announced proposals to construct an 18-mile-long tunnel under the Pennines. Beating Norway’s world record tunnel by three miles, the scheme has been described by transport minister John Hayes as “the most ambitious project since the construction of the first motorways 50 years ago.”

However, in order to realise the vision of a more productive UK boasting first-rate infrastructure and businesses, it is vital that we are inspiring our next generation to want to train to become scientists and engineers. Without a workforce capable of implementing plans of this magnitude, Britain is set to fall behind its competitors. Beyond simply investing in the infrastructure of the future, it is vital that we invest in those who will help create it.

Unsurprisingly, the students who attain the best grades are most likely to continue their subject to degree level and then into the respective scientific professions. In light of this, data on the top grades is a useful indicator of how well schools are doing at inspiring and training the next generation of technical experts. However, when examining other science, technology, engineering and maths (STEM) subjects the outlook is not so bright. Students struggled to achieve A* and A grades in engineering and science, which saw the lowest pass rates of all subjects for top grades for the past two years. Arguing that this could simply be a case of exams becoming increasingly difficult can be countered by recent OECD PISA Maths results: pitted against international competition, the UK does not even make it into the world top 25.

Teacher shortages
There are many possible answers to the question of why Britain’s educational performance is, in the words of former Secretary of State for Education Michael Gove, “at best stagnant, at worst declining.” One often highlighted answer is the difficulty in recruiting teachers, particularly into secondary education. The teacher recruitment crisis affects the majority of subjects – six per cent of the 29,787 postgraduate teacher training places went unfilled last year with only history, English and physical education meeting or exceeding their target quotas. However, when looking at individual STEM subjects the real extent of the crisis becomes apparent. Last year saw 29 per cent of physics training places unoccupied and, even more alarmingly, only 59 per cent of design and technology places were filled. These numbers provide a snapshot of this trend’s severity – one which is likely to continue without major changes to the education sector.

But it is more than just a loss to the teacher headcount; the National Foundation for Educational Research (NFER) highlights that the most critical issue is teaching numbers failing to respond to the biggest swell in pupil numbers since the Thatcher era. As the UK becomes increasingly desperate for teachers, it will be forced to spread its already meagre resources further and thinner. What effect will this have on the education our children receive? Despite the success of hiring a higher proportion of high-achieving graduates – up to 75 per cent with at least an upper second class grade in 2015 from 63 per cent in 2010 – the achievement masks variation between subjects. Subjects that are harder to recruit for attract lower proportions of high quality trainees, STEM being hit hardest. While a lower quality trainee does by no means result in a poorer quality teacher, a National Audit Office report found that degree class was a reasonable indicator of subject knowledge. If we are aiming to inspire the next generation to study STEM to higher education, it is crucial to employ teachers who have a real passion for and interest in their specialism. If we struggle to provide the necessary spark for the STEM workforce of tomorrow, there could be serious consequences for our standing as a nation.

What is at stake?
STEM has a profound impact on our everyday lives, a fact of which educational businesses are acutely aware. Louise Benstead, STEM in Action™ manager at Learning Resources attributes STEM’s rising significance to “our knowledge-based and highly technologically orientated society where STEM is considered one of the accelerating forces for future economic growth.” Facing global issues such as climate change and rapidly growing populations, our future is dependent on STEM’s innovating qualities. From under-skilled infrastructure projects to falling business productivity caused by a lack of analytical and data-literate staff, the knock-on effects to the UK could be severe.

On a micro level, STEM knowledge can benefit a child greatly with regard to their prospects. As Mirkka Jokelainen, publisher for STEM at GL Assessment suggests: “STEM skills are crucial for all students, so that they have all options available to them when it is time to make decisions about future pathways.”

Rebecca Price of Morleys adds to this view and links it to the wider picture, explaining that, “it is the basis for numerous subjects within further education, apprenticeships and careers. Providing children with an education and widespread understanding with these areas is imperative to their development and the continued progress of Britain and British business.”

Following Brexit, Britain is set to become a more independent nation. Consequently, ensuring we have a competent and self‑sufficient labour pool in all sectors is more important than ever. Richard Picking, international marketing director at Gratnells, recognises this: “Post-Brexit there will be more attention than ever paid to how Britain’s key sectors perform and how the calibre of our graduates, our engineers and designers measure up in the global market.”

The skills gap is already very real. With global organisations indicating a declining interest in engineering amongst young people, it is estimated that there will be a need for one million newly qualified engineers by the year 2020. Timstar’s design and production manager Graham Bell believes that “STEM education is the ideal catalyst to address this problem”. With the possibility of more stringent immigration laws, there is even more reason for extra emphasis on these subjects. When it appears so obvious that STEM teaching is of great benefit to both society and the individual, it really puts the issue into perspective. Some major changes will need to occur to ensure the goal of highly‑educated children can be achieved.

What resources are available?
Whilst there is difficulty getting STEM specialists into classrooms, it is not all doom and gloom for those already there. Fortunately, the rich wealth of resources on offer can ease teachers’ workloads while facilitating high-quality and engaging lessons.

Science Bug is Pearson’s latest answer to primary science. Senior publisher Ashley Lodge explains how “research had shown us that many primary teachers didn’t feel confident in their scientific knowledge and skills, which has a detrimental effect on children’s love of the subject.” In response, Science Bug aims to support teachers to inspire confident young scientists with lesson plans, interactives for whiteboards, pupil support materials and fun investigations. Learning Resources highlights the importance of primary STEM education in their belief that “a lifelong interest in a subject tends to begin at an early age.” Their scheme of hands-on STEM modules for Key Stages 1 and 2, STEM in Action™, is ‘ready-to-teach’ from the box. The scenario-based modules explore the national curriculum in context, with the kits allowing teachers the time and confidence to deliver engaging practical investigations.

Hands On, a division of Morleys, has used teachers and engineers’ combined expertise to create easy-to-use experiment kits. For older children, the ENGINO Discovering STEM Kit uses pulleys, levers and structures alongside booklets to explain the processes of fundamental mechanics. The All You Need Kit for younger children explores topics such as magnetism, forces, colour and light, magnification, mirrors, pond dipping and the senses.

But how can you really encourage pupil engagement beyond the classroom? Suppliers such as Timstar are working with schools to help set up STEM clubs. These clubs will raise the profile of STEM within schools by encouraging pupils to share ideas on STEM-related subject activities, improving levels of engagement and attainment. Gratnells also facilitates the founding of these clubs, offering science-based practical activities through programmes such as What’s in Your Tray? and Outdoor Learning. Science resource supplier Philip Harris realises the practical demonstration of subjects like mathematics is more relatable to students than traditional methods. Going Bowling is a kit that takes the well-loved pastime and explores the science behind the game. Encouraging mathematical thinking, the kit allows students to study the effects of friction, types of surface and plane angles on the speed of the ‘bowling’ balls in a fun and engaging way.

In order to boost grades, fine-tuning can be directed by GL Assessment’s Progress Test in Science. The programme supports science teaching and learning in schools by providing a national benchmark for comparison and detailed information on the skills and knowledge of each individual. It should also be noted that if the budget is squeezed too tightly, there are many free Open Education Science Resources available, with over 100,000 alone on the TES website.

Looking to the future
The UK is not alone. US president Barrack Obama spoke about how “reaffirming and strengthening America’s role as the world’s engine of scientific discovery” could be achieved by “making the improvement of STEM education... a national priority.” In the face of Brexit, the already challenging landscape riddled with school staffing issues and falling grades becomes even more daunting. Justine Greening needs to prioritise STEM’s success through issue-targeting policies while ensuring effective use of the fantastic resources available. In a world that is dependent on technology and data, we could easily fall behind if we fail to inspire pupils into STEM careers.

The government has extended its fully funded scheme providing tampons, pads, and menstrual cups and other environmentally-friendly products.

A report from the National Audit Office found that most maintained schools and academy trusts are in surplus, although some maintained secondary schools are under financial strain.

The 2021 Teacher Wellbeing Index, an annual report by charity Education Support in conjunction with YouGov, has found that teachers’ mental health is getting worse - not better - in several areas, compared to a year ago at the height of the Covid pandemic.

New Directions Education is appealing to teachers and education staff who may be retired or taking a break from the sector to go back to school and help address staffing shortages caused by the Covid-19 pandemic.

The pandemic has been tough on everyone, but teachers have had more than most to deal with.

Is it a constant battle to get your construction projects completed according to target? Do “on time” and “on budget” seem like impossible ideals? Then ISC Global is your answer.