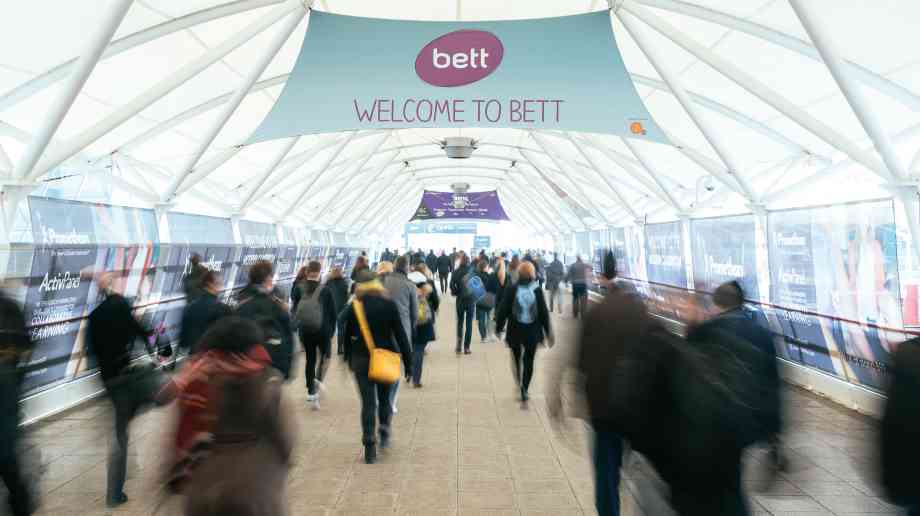 Showcasing the best of the Bett Show 2016

Celebrating its 32nd year of success, Bett 2016 once again proved a huge success with those involved in educational technology. With new ideas and innovation shared from the leading thinkers of organisations such as Google, Microsoft, and Apple, Bett showcased an array of new launches for the educational market. With four days of thought provoking seminars, panel debates and exhibitors revealing the latest IT trends in education, specific needs were met and expectations exceeded.

At Bett 2016, over 500 experts speakers offered their insight, with Education Secretary Nicky Morgan providing the Ministerial Keynote and Welcome. Revealing that she was ‘excited by the possibilities for the education profession opened up by technology’, Morgan referred to the ‘creativity and passion’ of the technology sector as ‘irresistible’. Among other speakers, Sugata Mitra stood out for his stance on the importance of connecting educators and learners. A professor at Newcastle University and the brains behind the School in the Cloud, Mitra told the Bett Arena of his belief in the need to ‘make small changes to the assessment system to drive change throughout the entire system’.

Assessing assessment
Assessment change became a recurring theme of the show. In his talk on ‘Fresh approaches to assessment’, Miles Berry, principle lecturer at the University of Roehampton, explored some of the alternatives to the traditional essay for assessing the academic side of teacher training courses at undergraduate and postgraduate level. Approaching new ideas for programming assignments, blogging, video essays and collaborative planning tasks, Berry looked at how expectations of academic rigour and criticality can be balanced with professional relevance and cutting edge technologies.

Elsewhere in the Learn Live: Secondary theatre, OCR’s Alison Pearce and Rob Leeman discussed ‘Tomorrow’s Teaching, Today – teaching a new generation of Computer Science qualifications’. The pair outlined the new generation of Computer Science qualifications at GCSE and A Level as well the newly reformed Cambridge Nationals. Exciting new resources were discussed as well as developments in both general and vocational qualifications highlighting what has changed and how the subject has evolved.

Morgan commented: “We are committed to world-class computer science qualifications to give our students, as well as employers, the confidence they really need. That’s why computer science is at the heart of the new computing curriculum and I’m pleased to say that our reformed Computer Science GCSE and A level are on a par with the best in the world.”

Directly addressing the issue of assessment, and more importantly their adaptability, Morgan stressed that: “The instant nature of online and computerised testing has obvious potential to lighten teacher workloads as well as collect data. The analysis of that data can be invaluable to teachers and system leaders in their pursuit of excellent educational outcomes. Informing them which parts of the curriculum they are teaching well and signalling where there is room for improvement. What’s more is that these assessments are becoming more intelligent, allowing the tests to grow with the students.”

Full STEAM ahead
Another major trend in the show discussions centred around the growth and need for STEAM. Adding art and design into the educational equation of science, technology, engineering and maths is predicted to take off this year as a movement, and Bett was in on the act. New for 2016, The STEAM Village provided a platform for educators, practitioners, specialists and STEAM enthusiasts to join the STEAM revolution. Through a series of panels, dynamic sessions and live demos the Village presented some of the latest initiatives and projects that are shaping STEAM education for students and teachers.

Notably, 16 year-old scientist Amy O’Toole encouraged the idea of creativity in STEM subjects, and the need for inspiring young girls into science. In 2010, Amy became one of the worlds youngest published scientists for her work on the Blackawton Bee Project. The paper was downloaded over 30,000 times on the first day and is now the second most read paper of the Royal Society journal, Biology Letters.

Asking: ‘why is science so unappealing to girls?’, Amy claimed that the current teaching methods do not seem to be inspiring or attractive to many girls. The answer, she suggests, lies in the creativity of STEM teaching. 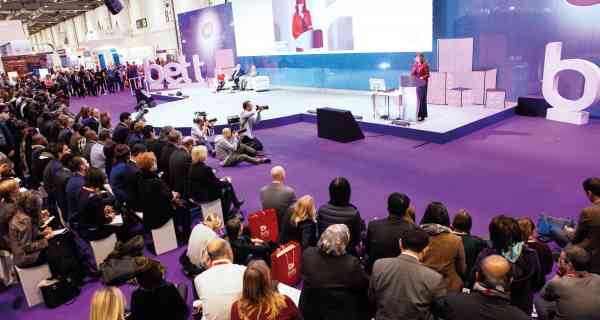 Notable names
Angela Lee Duckworth was one of a number of names to offer her keynote thoughts to a packed Bett audience. Angela, a professor of psychology at the University of Pennsylvania and a co-founder of the Character Lab, discussed the ‘power of passion and perseverance’. An expert in non-I.Q. competencies like grit and self-control, she was awarded a 2013 ‘Genius’ Grant and has advised the White House, the World Bank, NBA and NFL teams, and Fortune 500 CEOs. Her TED talk on grit has garnered nearly seven million views, and her first book, Grit: Passion, Perseverance and the Science of Success, is forthcoming from Scribner.

Jamal Edwards, founder of SBTV, was interviewed on the same Bett Arena stage. Edwards owns a You-Tube channel which boasts over 100 million views. He is an MBE, a Buckingham Palace social media advisor, and launch-pad for the musical industry. In this session, Edwards discussed what advice he can give the young digital enthusiasts of today.

Delivering talks in both the ‘Engaging Kids Today’ and ‘Through the Looking Glass’ sessions, Dan Haesler was a character worth listening to. An international keynote speaker, educator, writer and consultant, Haesler works with schools across the Asia-Pacific around issues of engagement and well-being.

Salman Khan, founder and CEO of Khan Academy, made a video appearance at Bett, discussing ‘Providing a free, world-class education for anyone, anywhere’. Khan Academy is a learning platform which is comprised of practice exercises, instructional videos, dashboard analytics and teacher tools which empower learners in and outside of the classroom to study at their own pace. Khan Academy has over 26 million registered students and covers subjects from math to science, history, economics, computer science and more. Khan Academy is being translated into more than 36 languages and is used in 190 countries globally. Khan holds three degrees from MIT and an MBA from Harvard Business School.

Additionally, Anthony Salicito, the brains behind Microsoft’s School of the Future, approached the stage with his session ‘Expect more, Do More, Be More, - The Future of Learning’. In his role leading the worldwide execution of Microsoft’s vision for education, Salcito works to help empower educators and inspire students to achieve more. He aims to transform the way we learn with the support of the best technology to help build critical skills for the modern, global workplace.

Prior to taking this role in 2009, Salcito was general manager of education in the United States, supporting schools and universities across the country. During this time, he helped launch the company’s cornerstone education programs. He was also at the center of Microsoft’s involvement in the creation of the School of the Future – a pioneering partnership with the School District of Philadelphia and now the first of many Microsoft Showcase Schools around the world.

Bett showcased the best of education technology on a global scale, all under one roof. In the International Pavilions, experts from France, Spain, Norway, Korea, UAE and Singapore, shared their unique approaches to teaching and learning, through a showcase of the most innovative technological solutions.

For example, on Stand E71, The Singapore Pavilion featured six Singaporean EdTech companies at the cutting edge of the market who exhibited a wide range of solutions, from digital maths portals to mobile interactive technology. Common Town, Koobits, Kungfu Math, Latize, Money Tree and Vertical Miles, are driving forward innovation and offer a unique perspective on education and learning. Singapore has long been recognised as a dynamic hub of innovation in the Asian education technology sector. With a number of companies providing creative solutions to facilitate learning, it has also established itself as a leader in the global market.

Bett Futures
Futures was launched in 2015 as the new, purpose built home for the world’s most inspiring ed-tech start-ups, right in with the action on the Bett show floor. The area has been introduced to celebrate brave thinking, new products and education ‘game changers’.

Designed as a unique, three-year progression programme, Futures allows developing start-up companies to benefit from all that Bett has to offer. It offers heavily subsidised exhibition rates, extensive marketing resources and bespoke social media campaigns, all targeted to the needs of edtech start-ups at two significant points in their development: discovery and scale.

The inaugural Bett Futures cohort was made up of 30 start-ups who were selected by a panel of education experts based on the relevance of their solutions to today’s classroom challenges. The cohort showcased the most innovative developments in edtech from teacher-parent communication tools to 3D printing to language learning and adaptive maths apps.

For 2016, Bett returned with a bigger and better Futures initiative with the 2016 cohort a combination of both returning Futures start-up exhibitors and new start-up companies that have recently launched.

Key themes for 2016 included: Inspiring the entrepreneurs of tomorrow; From STEM to STEAM; The rise of the ‘teacherpreneur’; Edtech for social change; and Coding for all.

Once again, nasen hosted the SEN Information Point, providing visitors with valuable insight into policy changes and the statutory requirements of the new SEND Code of Practice.

The education sector’s trade association and the co-founders of Bett, the British Educational Suppliers’ Association (BESA), once again run the main Information Point magnificently, on‑hand to help visitors plan their visit and get the most from the day.