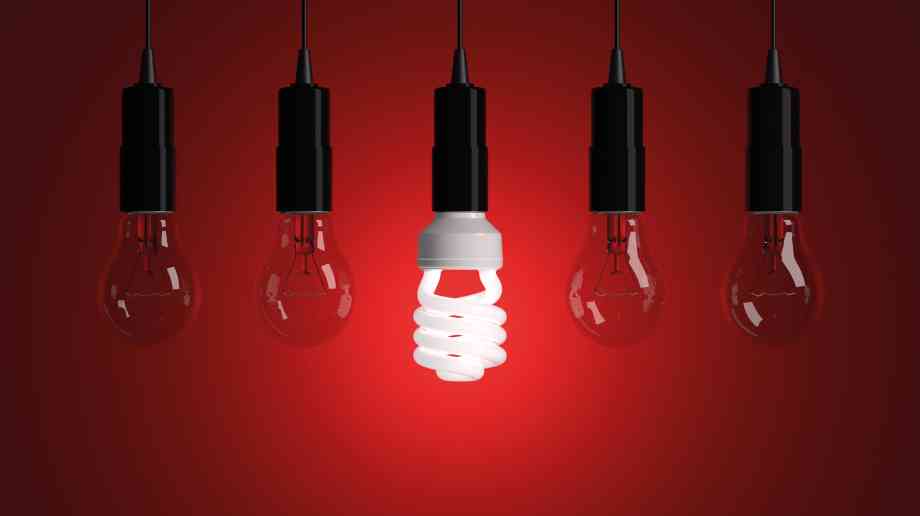 Shining a light on energy in schools

Initiatives to use LED lighting in schools can help increase efficiency. Eco-schools analyses the ways that schools can reduce their energy consumption and become more eco-minded.

According to the Carbon Trust: “UK schools could reduce energy costs by around £44 million per year which would prevent 625,000 tonnes of CO2 from entering the atmosphere. Improving energy efficiency in schools does not mean compromising the comfort of staff and students. In many cases, implementing some simple energy saving measures actually improves conditions, as well as saving money.”

Energy consumption in schools is wide and varied and depends on the age and state of repair of buildings, occupancy hours and the amount and type of electrical equipment installed. So, generally, secondary schools will have higher energy costs than primary schools due to opening for longer, they have more pupils, and have a greater use of electrical equipment for school activities.

Eco-Schools England recognises the challenges that schools face and encourages greater energy efficiency by adopting simple but effective changes that staff and pupils can adhere to. Of course it shouldn’t just stop at the school gates. These energy saving measures can be taken back home to encourage family, friends and communities to do the same. This way the energy-saving message can be spread far and wide.

Energy is a critical part of this requirement and the programme outlines some simple steps that can be taken in order to help the school become more efficient with energy usage as well as helping to reduce CO2. It is estimated that an Eco-School is between 30-40 per cent more energy efficient than a non-Eco-School.

So what are the energy saving measures that schools can implement? By the way, this can also be done at home or in the office too and Eco-Schools encourages everyone to get involved. Ask yourself, are the lights and whiteboards left on in the classrooms when people aren’t in them? Are low-energy light bulbs and fluorescent tubes used in school? Are computers turned off when not in use? If it gets too hot in the classroom, is the heating thermostat turned down before opening a window? Is there someone in your school who has special responsibility for monitoring the consumption of energy (electricity, heating etc.) in the school? And if so, are the results recorded on graphs and shared with the rest of the school?

Of course there are lots of other simple changes that are not listed here but the key is to begin to think and behave more consciously about reducing energy and CO2 consumption.

Renewable energy
For many schools, taking this further may mean a move to renewable energy with solar and or bio-mass. Despite the recent reduction of the Feed-In Tariff – the mechanism to encourage take up of solar as well as giving the solar industry a financial leg up, it is still a viable option for schools and should be seriously considered as part of a schools’ overall energy efficiency and CO2 reduction aims. Also, bio-mass boilers are becoming increasingly appealing for schools too, especially if the old inefficient gas boiler is coming to the end of its natural life.

However, one area that is perhaps missed by schools is lighting. In the recent past it was not always seen as relevant to schools as it was financially prohibitive – as LED lights where very expensive and fledgling LED companies would often insist on changing the whole school in one go. However, today the LED industry has matured and LED lighting has been instrumental in helping many schools to reduce energy and CO2 usage dramatically and is well within the means of schools own financial constraints. This is done either through funding offers like Salix Finance, a not-for-profit company funded by the Department of Energy and Climate Change and the Welsh and Scottish Governments to remove the barrier of significant upfront capital cost to investing in energy efficient technologies. Or by companies simply encouraging schools to change to LED a classroom at a time.

Connecting a diode to an electrical current excites the electrons within the diode, making them release photons, which we see as light. The colour of the light is a direct result of the energy gap in the semiconductor of the diode. This means that LEDs produce a spectrum of colours easily and brightly while using very little electricity to do so.

In any environment it is essential that people can see ‘well’ and do their particular tasks. There are many benefits that result from upgrading current lighting with new, efficient, and brighter LED lighting and many schools and institutions of higher learning are exploring the possibilities and rewards of making the change to LED.

By now, the majority of people know that LED lighting is greener and less expensive to use than traditional lighting, but those aren’t the only reasons to use LED lighting. Other, less obvious but often more beneficial reasons are hiding right under our noses. Schools, colleges and universities around the country have been exploring these hidden perks and have seen just how helpful LED lighting can be.

One of the easiest benefits to see is cost savings. As in any location, upgrading school lighting from incandescent, fluorescent and other traditional lighting to LED can save schools up to 80 per cent of the operating costs associated with lighting. Because schools are working with a set and limited budget, any money saved in one department can be used elsewhere in the school. By lessening the load of electricity costs, these funds can be allocated to more important and vital services such as classroom resources, teaching staff and other educational tools. Imagine just how much money that currently goes to electricity bills could be freed up to use for teaching instead.

Educational value
The educational value of LED lighting upgrades is stunning too. The opportunity to see first-hand the changes taking place and the difference the new lights make in their daily lives is sure to impress heavily on the students and spur forward thinking, innovation and curiosity. The economic benefits alone open the opportunity to teach about money concepts and even statistics and the scientific process. Projects could span months or years as the students track and evaluate the true cost saving of the new lighting system. While it is also the perfect time for teachers to integrate ecology, electrical concepts, solid state technology and more into their lesson plans.

LED lighting is also safer than traditional lighting because of its low heat output. Lower heat output means less chance of a fire being started by lighting equipment, always a good thing, especially when children are involved. The additional light output of LED also helps to better illuminate dim spaces which in turn makes the chance of trips, falls and other minor accidents far less likely.
Another safety feature of LED lighting is the lack of glass in many fixtures. Both incandescent and fluorescent light bulbs are glass and they can break. Many LED fixtures on the market, however, do not include any glass or other materials that are overtly dangerous when broken.

The brightness of LED lighting can also help to stop or reduce vandalism on school grounds. Studies show that adolescents and children are more respectful of their environment in a brighter and higher quality light making a space seem more modern and up to date.

Finally, students will be able to work more productively than with incandescent and fluorescent lighting, which are known to flicker, causing a condition called ‘flicker vertigo’. This condition affects some people exposed to flickering light sources, causing headaches and nausea and a reduced motivation to work. The same loss of motivation, in addition to drowsiness and lethargy, is a side effect of working in an environment that is poorly lit. The high quality, exceptionally bright LED lights can reduce or completely eliminate these problems and get students back on task. Awake and alert, the students are more apt to learn about the materials they are exposed to and the teacher will have the energy and stamina to teach with vigour and connect with their class more effectively.

Eco-Schools England works with an established LED lighting partner to give all Eco-Schools the opportunity to benefit by changing to LED.

Trust LED CEO Kym Jones says: “By changing your existing lighting to LEDs your school will be addressing environmental issues and reducing your carbon footprint. Also the energy saving from LED lighting will pay for the cost of the equipment releasing money that can be reinvested elsewhere in the school.”

Although it is quite easy to see the cost and environmental benefits of using LED lighting rather than traditional lighting, there are many other good reasons to move to LED that are not so obvious but equally important when considering switching. Added safety, productivity and pride in our schools – are they good enough reasons for you to make the switch to LED?