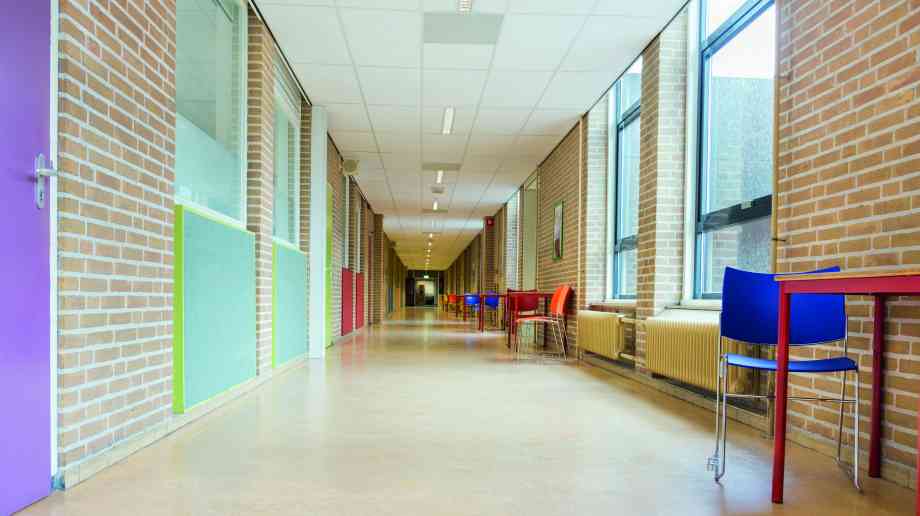 Overcoming a shortage in pupil places at schools

With pupil numbers rising again in 2016, and the trend likely to continue for the next few years, researcher Beth Walton from The Key looks at what schools can do to manage a rising demand for places

Pupil numbers have risen each year since 2009, data from the Department for Education shows. There were 8.56 million pupils in schools in England in 2016, an increase of 121,000 in just one year. While the pupil population has grown by per cent in the last nine years, the rate of growth is projected to double to 10 per cent in the next nine years.

Primary schools are currently under the most pressure and results from The Key’s 2016 State of Education survey reflect this picture. Completed by over a thousand school leaders across England, the survey revealed that six in ten (60 per cent) primary schools received more applications for places than they could accommodate for the 2015/16 intake.

Eight in ten (82 per cent) leaders in these schools said that meeting the additional demand would be difficult, citing lack of space for additional buildings, insufficient school budgets and school buildings which are not fit for purpose as their main concerns.

While the issue is more evident at primary level, secondary schools are feeling the effects too. Over half (52 per cent) of secondary school leaders told us they received more applications than they could accommodate for last year’s admissions round, and the rate of growth is set to increase at secondary level as the current primary school population moves through the system.

With this increase in pupil numbers also coinciding with a decrease in the number of schools, many schools are now having to accept more pupils. The average state‑funded primary school, for example, had 275 pupils on its roll in 2016, up from 269 pupils in one year. At The Key, we see concerns over school places reflected in the questions school leaders ask us – such as if and when a school must accept certain pupils, and when a local authority’s direction to accept extra pupils can be challenged.

While the pressure on school places isn’t uniform throughout the country, where over-subscription is a challenge what can schools do? Here are some practical considerations and tips for dealing with increased demand and growing pupil numbers.

As pupil numbers grow and budgets become tighter, schools may find themselves dealing with a school site which simply does not seem like it can accommodate for any more pupils. However, adjusting the use of the site could be just as effective as having a new building.

Some schools have staggered their timetable, so that breaks are at different times for different year groups. Alternatively, the school day itself could be staggered, with some pupils starting and finishing later than others. Consulting with parents may be a good idea for schools considering implementing this.

Large increases in pupil numbers could create health and safety risks, particularly concerning the flow of pupils around the school. To address these, schools might allocate additional staff to supervise break and lunch times, and ask parents not to park directly outside the school gates to minimise traffic.

If there’s simply not enough space for new buildings, or the school’s buildings are past their best, there are some grant funding schemes for capital building projects. The Condition Improvement Fund supports expansion projects in ‘good’ and ‘outstanding’ academies and sixth forms which need to increase the number of admissions to the main year of entry, or address overcrowding.

The Big Lottery Fund has a funding programme aimed at projects which help people and communities most in need, and The Wolfson Foundation awards approximately £1.75 million each year to high-achieving state-funded secondary schools and sixth-form colleges for building or equipment projects related to the teaching of science and technology.

Funding may not be the only off-putting aspect of capital building works – the prospect of educating pupils on a building site is not exactly appealing, and there are important factors to consider such as safeguarding, health and safety, and procurement practice.

The National College and Scottish government have published research and resources for staff managing school building projects, and maintained schools may be able to get practical guidance from their local authority (LA) on many of the factors listed above. The Education Funding Agency also has an essential guide to maintenance for schools.

If your school is an academy, voluntary aided or foundation school, your trust or governing body is your admission authority and oversees your admissions procedures. Your school will also set its own published admission number (PAN) and cannot be directed by the (LA) to accept more pupils, although in certain circumstances you may be directed to by the secretary of state.

If your school was oversubscribed this year you may have found yourself dealing with appeals and creating waiting lists. Having in place clear admissions arrangements and well-defined over-subscription criteria is not only a statutory requirement but will be particularly useful to you now.

Your arrangements should be fair, legal, transparent and available to parents. The Information and Records Management Society (IRMS) recommends that if parents appeal, you should keep all documentation regarding that child’s application until one year after the appeal is resolved.

If you’re in a community or voluntary controlled school, the LA processes applications and allocates places for you. Your LA can direct you to accept more pupils, which you must except in very limited circumstances. The LA may also direct your school to accept additional “bulge” classes to accommodate unplaced pupils.

The Key’s survey revealed that 45 per cent of primary leaders have had the difficult task of responding to upset parents whose children did not get their first choice placement at the school. In this situation, schools could consider sending these parents a letter and reassuring them that once the initial disappointment wears off, the new school may well prove to be a great fit for their child.

Such a letter should explain that parents do have the right to appeal, but could clarify that an appeal will only be upheld if the appeals panel identifies wrongdoing during the admissions process. This could save parents and schools a lot of time, effort and frustration in situations where the admissions procedures were correctly followed.

A letter should have a positive tone and provide some practical next steps for parents. It could encourage parents to visit the school their child has been accepted to and speak to the headteacher, class teacher, and SENCO if their child has any additional needs. It also may suggest that parents familiarise themselves with the school’s website and read more about what the school can offer their child.

The rising demand for school places means some pupils are attending a school far from home – sometimes with a lengthy morning commute, or working parents who find it difficult to pick the child up at the end of the school day.

If you have pupils in this situation, offering extended services, such as subsidised transport for those who travel in from a similar area or breakfast and after-school clubs, can make this easier for everyone. If your clubaccommodates any children who do not attend the school, it may count as a community facility on which you can make a profit.

It is clear that not every school in the UK is dealing with over-subscription, as our survey revealed some regional differences. Perhaps unsurprisingly, London had the highest proportion of oversubscribed schools (69 per cent) and one of the lowest rates of under-subscription (12 per cent).

In contrast, the south west had one of the highest proportions of under-subscribed schools (19 per cent) and one of the lowest rates of over-subscription (52 per cent).

If your school is under-subscribed, there are usually a number of reasons for this and it can be tricky to know how best to respond. It’s important to have a marketing strategy in place and open your school as much as possible to the community.

You may consider holding more open days and evenings, as well as developing links to primary schools and nursery schools in the area to encourage applications.

You could also create a parent advocacy group to champion the school, set up profiles on Facebook and Twitter, or try to attract some local press coverage. Sharing positive news, achievements and events can boost the school’s profile and doing this outside term time is an effective way of maintaining the school’s profile.

While there is no single quick and easy solution to this problem, these steps may help towards getting there.