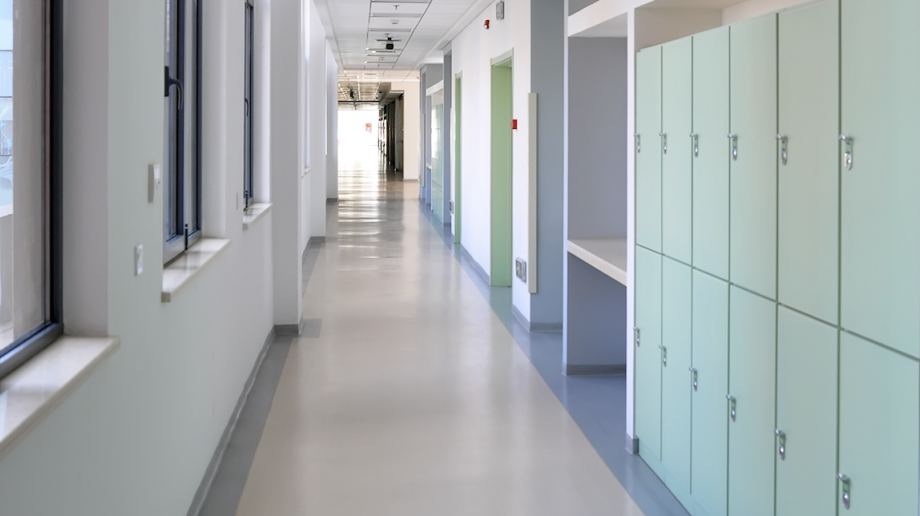 Nominating schools for the rebuilding programme

For the first time in the School Rebuilding Programme, additional evidence of a buildings’ condition need can be submitted by the responsible body. We examine the new process

Following a public consultation on how the Department will prioritise schools for the School Rebuilding Programme, up to 300 schools, rather than the usual 50, will be selected for participation in the programme later this year.

The Programme will continue to start delivery on 50 new projects each year, but will give other selected schools the assurances that they have been prioritised for future investment.

For the first time in the programme, the bodies responsible for running schools, such as local authorities and academy trusts, will be able to provide additional evidence of their buildings’ condition need, making sure the selection harnesses local knowledge.

The School Rebuilding Programme carries out major rebuilding and refurbishment projects at school and sixth form college buildings across England, with buildings prioritised according to their condition.

All projects in the School Rebuilding Programme are built to the latest construction standards, resilient to climate risks, net-zero in operation, and include modern facilities to support a world-class education from classrooms and science labs, to sports halls and dining rooms. There will be a continued focus on innovative modern methods of construction, which will support skilled jobs in construction.

Schools will be only considered for the programe if they have certain needs, which are outlined by the DfE. Structural or safety issues that mean a block is not fit for use because it poses a risk to users is the first priority.

The next is schools with severe deterioration in the main building fabric where the most efficient way of returning a block to good condition is to rebuild it or carry out a significant refurbishment.

Schools will also be considered if they have mechanical and electrical systems that are close to failure and could cause a school block to close in the near future, but only if there is another need in the building fabric that makes a refurbishment or rebuild most efficient overall.

The Department for Education consulted with the school sector on the approach to prioritising schools for the programme, after there were calls for more transparency on the selection process. As a result of the consultation, up to 300 schools, rather than the usual 50, will be selected. Schools will be informed that they have been provisionally allocated a place on the programme, subject to further due diligence, and projects will then enter delivery at a rate of 50 per year.

Responsible bodies can nominate schools from 3 February 2022 to 3 March 2022 using the online portal. Responsible bodies will have an additional four weeks to submit supplementary evidence where the need is severe enough to require the school to close imminently and can only be resolved through a rebuild. This can be submitted until 31 March 2022.

The DfE has also published an equalities impact assessment, covering the impact of its selection approach on school building users with protected characteristics.

Guidance for responsible bodies on how to nominate schools for the next round of the programme has now been published, and can be found on the DfE website.

How to nominate a school

There are two ways to nominate a school for the programme: by block nomination or exceptional cases.
For block nomination, responsible bodies should nominate the schools they would like to be considered through an online portal, listing the blocks they consider need rebuilding.

The DfE will then assess this nomination against the first condition data. There must be a minimum threshold of 1200m2 of severe condition need. The Gross Internal Floor Area can comprise of several blocks within the school, or one single block meeting the total.

Exceptional cases include were the condition of the blocks are deemed to be so severe as to risk imminent closure or if a block is already closed. They also include where the issues have not been captured in the first condition data, such as structural issues, and where the issues can only be resolved through a rebuild.

In these cases, evidence can be submitted to support that the school blocks are likely to be forced to close within the next three years, or have already been forced out of use.

Professional evidence must be submitted from within the last three years to demonstrate the severity of need and submitted through the online portal.

If a nomination is successful, feasibility studies will be undertaken to determine the blocks in the scope of the project. This is based on their assessed condition need, and it is not guaranteed that every block nominated will be included.

For block nominations, there must be a minimum threshold of 1200m2 of severe condition need. The Gross Internal Floor Area (GIFA) can comprise of several blocks within the school, or one single block. This is to allow a fair and equal comparison to be made between schools. Schools with a total GIFA smaller than the threshold will be considered based on the condition of their whole site, as in the first two rounds of the programme. A site is defined as an area maintained by the school that is not divided by a public thoroughfare such as a road.

In cases where the whole school is smaller than the GIFA threshold, responsible bodies should enter all the school’s blocks into the portal for consideration.

For exceptional cases, with professional evidence of severe condition need, there is no minimum threshold. This is to ensure that the DfE captures all structural projects where the need is both intense and significant enough that the ongoing safe operation of the school is at risk.

All blocks that are nominated for consideration must currently be in use by the school unless already forced out of use due to their condition and required to deliver the curriculum.

Deciding which blocks to nominate

Schools will only be selected if they demonstrate severe need where the block has been forced to close or risks imminent closure which can only be resolved through a rebuild.

When deciding which blocks to nominate through the selection process, responsible bodies may wish to consider the building age and construction type, as well as other factors that would deem a block to require rebuilding rather than localised remediation or maintenance.

Asbestos will be considered as a factor where it has been the direct cause or an associated cause of block closure in the recent past, for example, asbestos has been exposed by accident, or is contained in areas that are also deteriorated so there is a risk of exposure, causing a block or rooms to be taken out of use.

Asbestos will also be considered as a factor when it prevents routine maintenance or statutory compliance works (for example, fire alarm testing, legionella testing, emergency lighting) being carried out, or asbestos is easily disturbed during normal occupancy resulting in damage.

Schools with asbestos will also be considered if the condition of it has deteriorated such that it cannot be repaired and requires removal so that a rebuild or refurbishment is the best solution to resolve the issue.

The DfE will consider cases for inclusion for the School Rebuilding Programme where the evidence shows that fire risk could result in imminent or urgent closure of a school block. Likewise, if a flood risk assessment is provided that identifies a significant risk to the school resulting in closure or a potential risk to life.

If ground movements and subsidence are likely to result in cracking to structural elements and finishes or decoration, then a school will be considered. Where a qualified building professional identifies structural issues resulting from ground movement, evidence should demonstrate the issues are widespread enough to warrant rebuilding as opposed to localised remediation.

Where a qualified professional report states that ground contamination is affecting the building structure or is harmful to students, evidence should indicate how rebuilding will address the issues raised.

When nominating a school, responsible bodies will be asked to confirm whether they are ready to submit or whether you would like to provide professional evidence of an issue that is not captured in the first condition data.

If a school is being nominated for consideration as an exceptional case where the need is severe enough to require the school to close imminently, the option where you can add the evidence of critical need will need to be selected.

For each school nominated, further detail about the issue will be needed. For example, whether the issue is structural, asbestos-related or another type of severe condition that could result in the closure of the school or block.

Responsible bodies will also be asked to provide a statement outlining the issue, which should include justification of the criteria outlined and how you have managed the issue to date. An explanation of why that creates a risk of imminent closure and what action has already been taken to make the block safe should be stated.

Evidence will only be required if it’s been stated that the school has a severe condition need risking imminent closure which has not been captured by the first condition data collected and can only be resolved through a rebuild.

Reports submitted as evidence of severe need should be authored by a suitably qualified building professional. This means an individual who is a registered or chartered member of an appropriate professional body.

They should contain photos that clearly show the extent of the issue for consideration in the wider block, for example, an elevational shot highlighting where the issue is present. If available, a floor plan and aerial view for each block would also be helpful. Any surveys should have been completed within the last three years.

Photographic evidence of the condition need supporting the professional evidence helps assessors understand the issues, but they must show the full extent of the condition, not just localised issues.

In January 2020 the Department for Education launched the £3bn DfE offsite framework, also known as the modern methods of construction (MMC1) framework.

The framework supports the government’s aim to move towards modern methods of construction as a preference for new build projects.

The MMC1 framework uses the next generation in standardised school design which builds on earlier component design approaches to offsite construction and incorporates the changes to the standard output specification.

Modern methods of construction are beneficial to the education sector as they make costs and timescales predictable, and allow for faster delivery, and less disruption, noise and dust on-site. Other benefits include 90 per cent fewer vehicle movements, improved health and safety, consistent quality, reduced environmental impact, and a major reduction in post-handover defects.