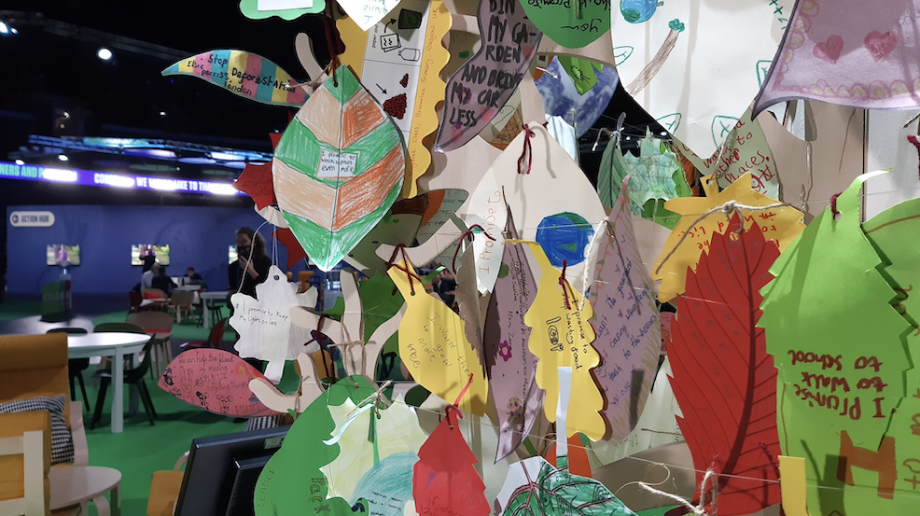 The building momentum for climate action

The Let’s Go Zero campaign is supporting schools in their journey to becoming zero carbon by 2030, and now has more than 1,100 schools signed up. Suzanne Gibbon, the campaign's Project Coordinator, explains further

The Let’s Go Zero campaign is supporting schools around the UK working to become zero carbon by 2030. This movement is inspiring practical action up and down and the country and working with the UK Government to develop more support for school sustainability.

Now, barely a year since the launch of Let’s Go Zero, more than 1,100 schools have signed up to the campaign – proving the ambition of teachers, students, and school leaders to become zero carbon pioneers.

Schools are the heart of our communities – so they are perfectly placed to inspire societal change and drive forward the country’s zero carbon transition. The steps schools can take include making buildings more energy efficient, supporting greener travel to and from school, boosting biodiversity on school grounds and cutting the carbon impact of their menus. The benefits created can include lower energy bills, reduced pollution at the school gates, and more engaged and inspired students.

IKEA UK joined Let’s Go Zero in late 2021 and will be mobilising its co-workers and customers to engage with local schools and encourage them to sign up to Let’s Go Zero. Marsha Smith, Country Deputy Retail Manager at IKEA UK and Ireland says: “I’m thrilled that Let’s Go Zero has topped 1,000 school sign-ups in such a short space of time and I look forward to seeing this movement grow even further over the coming months.”

The voice of school sustainability

The campaign was prominent at the global COP26 climate talks, which took place in Glasgow in November. Now it is engaging with the Department for Education as they create their new Sustainability and Climate Change Strategy. Let’s Go Zero is making sure the voices of teachers and students are heard loud and clear, with seven main policy asks.

The campaign is asking that the government commits to all UK schools being zero carbon by 2030 and announces long term and consistent policies and funding to enable this.

The campaign wants the government to ensure there is investment in training teachers in education for sustainable development across the curriculum, and in equipping colleges and schools to give all learners a connection to nature.

The government is also asked to commit to investing in adapting and retrofitting the school estate. The campaign is also asking the Department for Education to commit to improving their building specifications, so that all new school buildings from 2022 onwards will be net zero carbon.

The Let's Go Zero campaign is also asking that by 2025, every school is mandated to have a funded climate action plan that provides step by step guidance cutting through the current complicated procedures that will result in zero carbon status. It also wants every school to have a trained staff member who acts as a sustainability lead, and for sustainability to be embedded as a statutory feature of careers guidance in UK schools by 2025.

Free school resources have also been developed, including the Schools Climate Action Planner, created by Global Action Plan at the Transform Our World website. Lucy Archer is Senior Programme Manager for Youth & Schools at Global Action Plan. She said: “In just over twelve months, with the incredible commitment of these 1,000 plus schools, Let’s Go Zero has turned into a framework for climate action across the nation. We’ve seen that there is definitely demand for climate action in all educational settings across the nation.”

If your school is looking to take climate action in 2022 and beyond, the curriculum is just one of the many areas to look at. Schools across the UK are saving time, money and resources while empowering their students and staff to act on climate.

Rachel Wilson, Eco Coordinator of Down High School in Northern Ireland, said: “Sustainability is a key part of life in our school.” Down High has delivered a very successful ‘Save H20 and Stop the Flow’ campaign, to reduce water bills. The students led the way with video messaging, hippo bags (to reduce water used in toilet cisterns) and dripping tap audits.

By looking into costs and water saving measures, management discovered that they had been over charged by over £10,000, which may have been missed without the campaign. All the initiatives that the school runs are student led and where possible they will collaborate with other local schools, councils, community members and organisations.

Ian Chriswick, Assistant Head teacher of Ysgol Bro Dinefwr Secondary School in Carmarthenshire, Wales, said: “We firmly believe every secondary school should be doing what we’re doing. We have 1,300 human beings in our buildings (including students and staff) so there’s a lot of energy being used – it makes sense to focus on schools.” Their school has committed to run on 100% renewable energy in the next three years.  They are doing this by increasing the number of solar panels they have and acquiring any surplus energy they need from a local wind turbine.

According to the Department for Education, energy bills in English schools amount to over £600 million per year. The Carbon Trust reports that 25 per cent of energy used in the average school building is wasted – reasons include heating and devices being left on in empty rooms. But this also shows how much money and energy could be saved if every school in the UK used energy efficient technology or made improvements to their buildings.

Alex Green, Let’s Go Zero’s Project Manager, said: “Schools up and down the UK are taking climate action from litter picks to installing ground source heat pumps. No act is too small, and by joining the campaign they are asking the Government for help and support to do this. By transforming our schools, we can help safeguard the planet for future generations.”

Let’s Go Zero helps schools to act in seven areas: transport, waste, food, water, school grounds, procurement and energy. In this last category alone, there are a host of actions for schools to take, such as organising student-led energy audits, holding 'low electricity' or 'no electricity' days, and switching to a renewable electricity provider. Schools could also switch to LED lighting , use a thermal imaging camera to find out where energy is being lost, install a biomass boiler or ground source heat pumps, and possibly install solar panels and wind turbines.