Skip to main content
Home / Features / Get hands-on with science 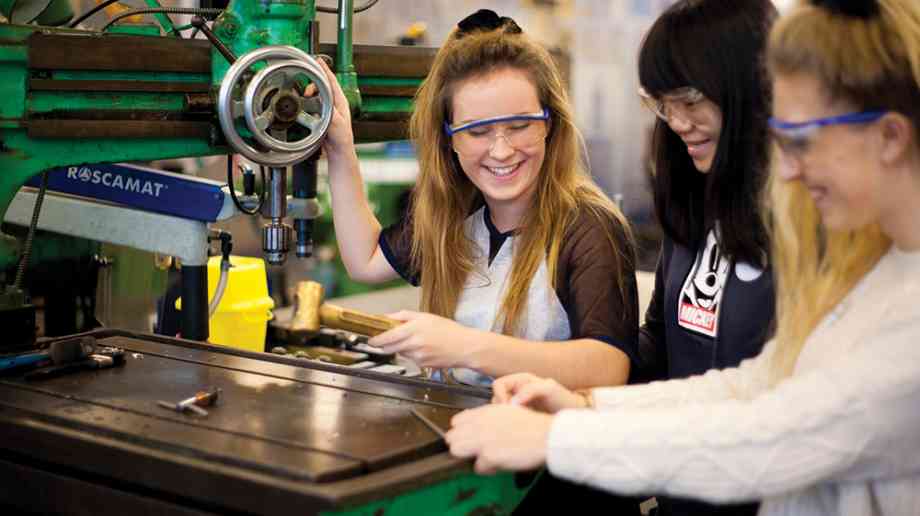 Get hands-on with science

With the CREST Awards turning 30 this year, Maria Rossini and Jenny O’Hare from the British Science Association reflect back on how this hands-on science programme has grown and thrived during shifts in education policy and curriculum changes.

At the British Science Association, we have long believed that the best way to inspire young people in science is for them to have the chance to try it for themselves. Rather than see science as just a collection of facts and equations, our flagship education programme, the CREST Awards, recognises and rewards young peoples’ own investigations in STEM.

This year, the CREST Awards will be turning 30 years old. Set up to allow young people the chance to run their own science projects on whatever subject they choose, CREST has gone from strength to strength since the first cohort did their pioneering projects in 1986. From the introduction of the National Curriculum, through numerous changes in government and shifts in education policy, CREST has continued to grow and thrive, with over 30,000 young people every year now achieving their awards.

By recognising the value of open-ended project work for all young people, regardless of whether or not they will go on to be scientists, CREST has allowed students to build their skills and demonstrate personal achievements through their own investigative work.

Get hands-on
Enquiry-based learning is something we really encourage, not just because it allows students to get hands-on with science, but also because it seems to inspire a wide range of students at all levels.

Last year, 51 per cent of our CREST Awardees were girls. And these figures aren’t an anomaly – year-after-year we see an even-gender split on the numbers of completed Awards. We believe that this is because CREST recognises achievements in communication, team work, research and presentation, which appeals to the learning styles of both genders. It gives students an opportunity to complete a science project that takes into account the real world context and the implications beyond their own work.

There are CREST activities to suit all ages and abilities. CREST at secondary level supports 11-to-19-year-olds to design and carry out stretching research projects, rewarding achievements at Discovery, Bronze, Silver and Gold levels.

For primary schools, CREST Star sets children problems to solve through practical investigation. CREST Star is used in over 800 primary and special educational needs schools across the UK. As well as being successful in schools, the CREST Awards scheme is also held with clubs, youth groups or at home.

Meaningful impact
Throughout its 30-year lifespan, CREST has been constantly evolving and developing. From the initial pilots in the 1980s, to evaluations focusing on different audiences and initiatives, we have accumulated a strong evidence base for the positive impact CREST has on the young people, teachers and schools that are involved in the scheme.

Earlier this year, we published a report produced by a team of volunteer economists from Pro Bono Economics, which revealed that students who have taken a CREST Silver Award achieved half a grade higher on their best science GCSE result and were more likely to continue with STEM education, compared to a matched control group.

The report also showed that the impact CREST Awards can have is even greater for more disadvantaged students.

Silver CREST students eligible for free school meals (FSM) saw a larger increase in their best science GCSE (two thirds of a grade) compared to a matched control group who were also eligible for FSM.

What’s more, students who were eligible for free school meals and took part in a CREST Silver Award were 38 per cent more likely to take a STEM subject at AS Level than the matched control group.

Building on our evidence of the significant impact that CREST can have for disadvantaged students, we are now piloting a new initiative to enable and encourage students from all backgrounds to participate in the CREST Awards scheme. We’re offering schools and colleges funding and support to get involved with CREST for the first time, or to embed CREST more widely in their schools. Up to £600 worth of funding is available, and applications are open until 26th September.

A stepping stone
As well as the quantitative evidence we have on CREST’s impact, we are also well aware of its effect from the stories we hear back from previous awardees. For many, CREST has been a stepping stone to a career in STEM.
Alister Moore now works for the University of York Science Education Group and he commented: “Completing a CREST Gold Award project in 1997 was not only a tremendous amount of fun, it set the course of my life in science. It was so exciting to experience how biological research was done in academia and industry, and what scientists really did in the world outside the classroom.”

As a tangible recognition of success, CREST can help open doors for young people and broaden their understanding of future careers. Many students include their CREST Awards in personal statements in their university applications. It can also help to build students confidence and skills in science, as one student described the change that participating in CREST had made to their future plans: “CREST gave me the confidence to think that I could actually achieve a career in science and be the first one in my family to go to university.”

Another recent CREST Award recipient explained how CREST complemented the science work she had done in school: “CREST helped me realise that science is more than just a body of knowledge – it’s all about discovery. As a curious person, I love that.”

However, it’s not just the students that benefit from taking part in CREST – teachers also value being part of the scheme.

Karen Clarke, lead teacher for enrichment provision at the Issac Newton Academy, Ilford stated: “The CREST Award scheme provides students with many opportunities for growth, mind-set, development and learning and I feel privileged at having the opportunity to foster students’ interests in science, engineering, technology and maths.”

An inspiring history
Developed in the 1980s and launched UK wide in 1986, CREST has outlived many curriculum changes, and has always remained focused on nurturing the creativity and curiosity of students through open ended investigations.
The opportunity for students to create and lead their own science project has always had the ability to inspire. Over the years, students have chosen a huge variety of weird and wonderful topics to explore, including trying to answer how a slinky defies gravity, or what materials a bubble bounces the best on, or even if octopi have a favourite tentacle that they use the most.

But along the way, it hasn’t all been plain sailing. In 1996, the TES reported, “Schools are giving up on participation in the Creative Science and Technology scheme [former name of CREST] because it is too time-consuming. Reduced resources and the demands of the national curriculum have forced one in five schools to abandon one of the most prestigious science and technology schemes in Britain.”

While these concerns could be just as relevant in today’s curriculum, we appreciate the determination that teachers have to provide the best experience and education for their students. With their efforts, CREST has managed to grow in popularity, with over 33,000 awards having been achieved in 2015.

We work closely with teachers and other educators to ensure we make the most relevant and easy-to-use resources and advice available for our CREST teachers, to help make the process of running CREST in a school as smooth and seamless as possible. The journey for the teacher is just as important for us, as that of the student. That’s why this autumn we will be launching a brand new online platform for teachers to help them register, run and manage the CREST Awards they are leading. Not only that, but it will include an easily searchable database of teaching resources and STEM project ideas to use when planning the Awards with their students.

An exciting future
As part of the celebrations for CREST’s 30th birthday, we are launching a new ’30 Inspiring Ideas’ teaching resource this September full of project suggestions, information and activities to help bring science alive in the classroom. It contains submissions from teachers, students and STEM professionals from across the UK, and is a one-stop shop for inspiring ideas and activities. From top tips for running STEM clubs and CREST projects, to hands-on activity ideas, it has everything an educator will need to put on the most exciting sessions for their students.

Linking with the BSA’s principles to reach out beyond the science community, ’30 inspirational ideas’ also contains ideas linked to the arts and other cultural areas relevant to the curriculum, so is ideal for ‘non-STEM’ teachers to dip into.

September also sees the launch of our new CREST linked ‘Enrich my Classroom’ resource produced with support from URENCO.

Classrooms have changed hugely over the last 30 years since CREST first began and this new activity encourages young people to envisage what the classrooms of the future might look like, particularly thinking about how science and technology can further enrich their learning experiences in the classroom through creative design.

As we look ahead to the start of the academic year, it is incredibly exciting to think of the new and fresh developments we will be launching to enhance our education programmes at the BSA. With 30 years already under our belts, we cannot wait to see what the next three decades (and beyond) will bring for CREST in the classroom.