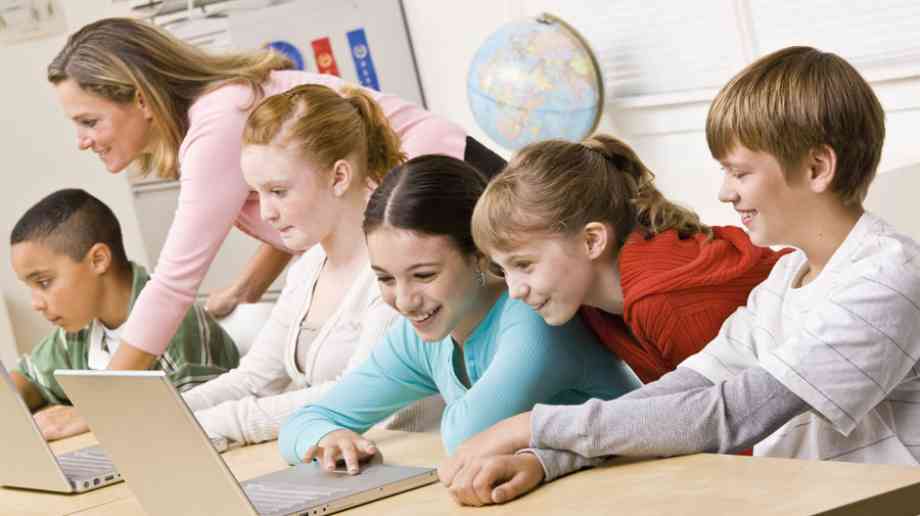 Flipping the script on digital resources

Wider access to technology makes it possible for students to have direct access to to a wide range of digital resources. Education Business analyses NFER and Nesta’s ‘Flipped Learning’ report to better understand how these can be utilised.

However, in contrast to this, recent research from Techknowledge for Schools has found that 87 per cent of teachers surveyed believe that learning with technology can help students ‘be eager to explore new things’. Additionally, a study from the National Literacy Trust on the effects of ebooks on reading progress suggested that boys were keener to read ebooks than their paper counterparts, with ebooks facilitating a 25 per cent rise in the number of pupils who read daily and a 22 per cent increase in those who read for an hour or longer.

Amidst conflicting opinions regarding learning with technology, the National Foundation for Educational Research (NFER) and Nesta have published a research report, entitled ‘Flipped Learning: Using online video to transform learning’, that examines how digital resources can be utilised in and out of the classroom.

Online resources
The use of video resources to enhance learning has been widely practiced for a number of years, but the proliferation of connected devices now makes it possible for pupils to interact and achieve more independent and investigative learning with online content. The NFER and Nesta study took place over the academic year 2014-15 in nine case-study schools, which all piloted a flipped learning approach to the topic of mathematics that lasted around half a term.

Flipped learning involves the use of digital technology for students to access resources that provide direct instruction on new concepts outside of the classroom. Teachers were asked to use online curriculum resources, including instructional videos, exercises and reporting functions. They selected resources that aligned with the curriculum and their own approach to teaching, as well as materials they felt were appropriate to the age range and abilities of their students.

Most of the schools in the study implemented flipped learning with pupils undertaking online instructional learning for homework prior to lessons, but some modified this approach to provide access to resources within lessons, or homework sessions outside normal lessons. This then allowed teachers to spend more time in lessons coaching and facilitating learning and less time providing whole class instruction and demonstration.

Student engagement
Teachers involved in the study reported a range of improvements in the quality of teaching and learning through the better use of online resources. One of the most important impacts was increased student engagement. Both students and teachers reported that students found lessons and homework more ‘fun’ as a result of using online resources. In some cases, students said that increased enjoyment of lessons was changing their attitude towards maths as a subject, with some who previously said they ‘hated’ maths now saying they enjoyed it.

Schools reported that this increase in engagement has had a positive impact on students’ knowledge and confidence. The study found that the use of online resources and video content helped students to work independently, which resulted in the realisation that they could be successful in the classroom. Additionally, this independent approach enabled students to gain a better understanding of their own strengths and weaknesses, with teachers reporting that students became much better at assessing their own learning. A big facilitator of this was online exercises that can give immediate feedback, which allows pupils to understand which areas they need to spend more time working on.

One teacher noted: “The approach is making students more aware of what they do and don’t know, and enabling them, in some cases, to remedy areas they need to do more work on by independently working through particular activities.”

Students involved in the study also appeared to progress faster. The report suggests that quicker progress was related to students spending more time on homework, which is related to the increased enjoyment of using interactive and video resources, as well as increased engagement with their own learning.

Despite the majority of students reportedly benefitting from the flipped learning approach, the increased independence that online resources gave students did not benefit every student. The report highlights that some students who struggled with mathematics had not benefitted as much from this approach. In some cases this was due to poor organisational skills, but the study also found that some students would become frustrated when they could not understand something and a teacher was not present to help explain it to them.

Access to technology
A key consideration in enabling this kind of study is the access to technology, which is essential for allowing pupils to view video content and access online exercises. One school provided tablets to all students, which they were able to use both in school and at home. This made it easy for pupils to access online resources and enabled them to engage with the work without being distracted by not having up to date technology.

However, the report notes that one to one access is not necessarily essential, and schools involved in the study used a range of approaches to ensure pupils had access to the materials.

Some schools made IT facilities available out of regular class time, such as lunch breaks and after school as part of homework sessions. One school timetabled one maths class a week in an IT suite with computers for all students, allowing them individual access to the resources within school time, and others used more traditional methods such as projectors to share resources to the whole class.

Another school also encouraged pupils to use their own mobile devices. However, the teacher took special considerations to make pupils aware of data usage, taking steps to ensure the pupils or their families would not incur any personal financial costs.

Not every school was successful in providing regular access to the required resources for all pupils. One school in Scotland noted that a lack of consistent access to technology was the limiting factor that prevented them from adopting a flipped learning approach. This was often down to the age and condition of technology in pupils home, as well as problems with the speed of internet connection. Pupils reported issues in loading videos and being unable to install the correct software, which ultimately inhibited their use of the resources.

A teacher commented: “It falls down quickly when you’ve got disparity of provision. If you can’t get all your pupils to access it or there’s even small access issues, it can knock staff confidence in delivery. It has to be robust.”

The right resources
Another key factor in successfully engaging pupils and teachers is identifying the appropriate digital resources. There are a large number of providers that offer online curriculum resources for teachers, ranging from video content to interactive testing.

Schools in the study were directed to use the Khan Academy resources, but several teachers decided to use additional or alternative providers that they felt better suited their class and teaching. It is important that teachers consider what digital resources to use, checking the extent to which they match the curriculum and current topic.

Looking at teacher feedback from different providers can be helpful for this. Although the study used resources specifically for flipped learning, they can also be used for revision. More complex material can be better used for extension purposes, allowing pupils to further explore topics at their own pace.

Preliminary discussions with teachers suggested a potential barrier to success was the time it would take to check resources and link them to the school curricula. Documents were created that mapped out the available videos and interactive exercises for the target age group to help teachers better understand what was a available and how it could be used.

Many schools identified that these documents were a key factor in enabling success, with one teacher saying it would be ‘impossible’ without them.

Across the pilot schools, teachers used the national curricula as a starting point to plan the use of digital materials. Students then had the opportunity to branch off into other areas of learning independently using the online resources.

One teacher decided to source video content outside of the mapped resources as they found an alternative site that was already structured to align with curriculum areas.

This highlights that time properly researching the different resources available, as well as a clearly thought out plan for how to use digital resources, can play an important role in ensuring that the most appropriate material is used and both pupils and teachers benefit from them.