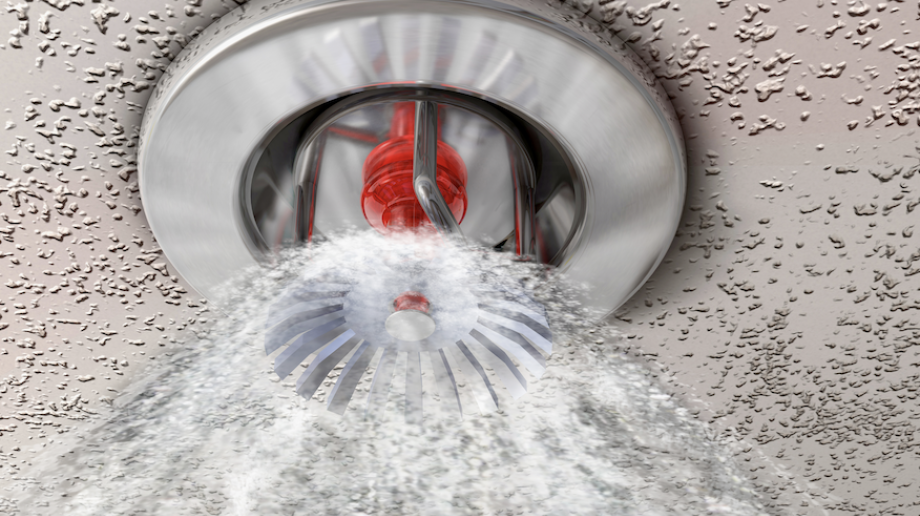 Fighting the spread of fires

The National Fire Chiefs Council believes that there should be an overarching requirement for all schools to have sprinklers, aligning policy across the UK

At the National Fire Chiefs Council (NFCC) we’ve long been calling for the installation of sprinklers in all schools in the UK, including the retrofitting of sprinklers in existing school buildings when relevant refurbishment takes place. We continue to make this case because fire sprinklers are widely recognised as the single most effective method for fighting the spread of fires in their early stages – and the evidence backs this up.

The NFCC and the National Fire Sprinkler Network (NFSN) carried out research to investigate the effectiveness and reliability of sprinkler systems and we found that operating sprinkler systems extinguish or contain fires on 99 per cent of occasions.

This focus on schools is important because of their increased risk of fire. Analysis of data by Zurich Municipal shows the average fire risk in schools is almost double that of non-residential buildings. Schools were also found to be three times more likely to fall into the ‘high’ fire risk category compared to 2.92 million non-household properties. Between April 2015 and April 2020, there were 1,467 primary school and 834 secondary school fires but only two per cent were fitted with sprinklers.

We believe that there should be an overarching requirement for all schools to have sprinklers, aligning policy across the UK. Yet the current reality is a post code lottery across the different nations and regions. Whereas Scotland, Wales, and Northern Ireland all have a legal requirement, in England sprinklers are not mandated. Even within England some regions have a more robust approach than others due to the absence of an England-wide legal requirement. For example, Derby City Council and Derbyshire County Council signed a statement of intent regarding mandatory sprinklers in new-build schools and those undergoing renovation. Similarly, Suffolk County Council has also taken steps to ensure that all Special Educational Need (SEN) schools have sprinklers.

Contrasting the outcomes of these policy decisions is stark. Zurich’s research highlights this huge discrepancy in school fire safety approaches between Scotland and England. In Scotland 29 per cent of schools are rated ‘excellent’ for fixed fire protection systems, compared to only five per cent in England, and the southern region being deemed the least safe for pupils.

The Department for Education’s 2021 consultation ‘Building Bulletin 100: Fire Safety Design for Schools’ is an opportunity to close the current loopholes and ensure that schools in England have the same level of fire protection as the rest of the UK. We submitted a response to this consultation, which closed in August, and now await the Government’s response. The NFCC isn’t alone: a wide cross-sector of organisations have been united in making the call for sprinklers in schools, including Zurich, the Association of British Insurers, the National Fire Chiefs Council, the Fire Brigades Union, the National Education Union, the National Association of Head Teachers, the Fire Protection Association, European Sprinkler Network, and the Business Sprinkler Alliance.

We know that sprinkler systems can contain and limit the damage to the school building, but without sprinklers, even a minor fire can quickly develop into a major fire. Fortunately, death and injury caused by school fires is rare, but fires can still have a devastating impact. There is a significant expense to the public purse in terms of rebuilding and refurbishment, replacing equipment, and paying for temporary accommodation. In the last five years, school fires have destroyed the equivalent of 1,100 classrooms and damaged more than 74,000 square metres of teaching facilities.

Original guidance released in 2007 stated that all new schools should have fire sprinklers installed ‘except in a few low-risk schools’. However, the current draft regulation BB100 does not mandate sprinklers. This watered-down approach would leave a loophole that exposes schools in England to ongoing risk. Furthermore, it appears to permit the use of combustible materials on external walls in buildings under 18 metres – which is the category most schools fall under – rather than banning the use of combustible cladding in all schools.

The hidden cost of school fires is the impact on students’ education, in terms of disruption of classroom teaching, displacement to temporary accommodation, and potential overcrowding if placed in alternative schools. In 2019 alone, 20,000 students were displaced as a result of school fires. Parents who are left juggling childcare and work can also feel the impact. Zurich estimates 390,000 teaching hours could be lost in the next year due to large fires, which would cause disruption for 28,000 children. Absence from school has an adverse impact on attainment at Key Stages 2 and 4, as the Department for Education’s own 2016 statistics illustrated ‘every extra day missed was associated with a lower attainment outcome’.

Taking every step to minimise this risk is crucial, especially given the disruption children have already experienced during the COVID-19 pandemic, with many already struggling to catch up after schools were closed during lockdown. These impacts are most keenly felt in lower socio-economic areas, where home schooling meant less access to online tools and equipment, and the loss of free school meals.

We believe that sprinklers should be mandatory in all schools, but there are some schools which pose particular fire risks. For example, bigger and older schools, including those with a canteen, and secondary schools that have more complex and dangerous equipment. In the case of SEN schools there is also a need to factor in the challenge of finding alternative accommodation that has the required specialist facilities for students in the risk of a fire. In the case of boarding schools there is also the consideration of sleeping accommodation which carries additional risk.

We will continue to call on the government to future proof school buildings by closing this loophole and making sprinklers mandatory in all new and refurbished schools. You can read our response to the Building Bulletin 100: Fire Safety Design for Schools consultation on our website.