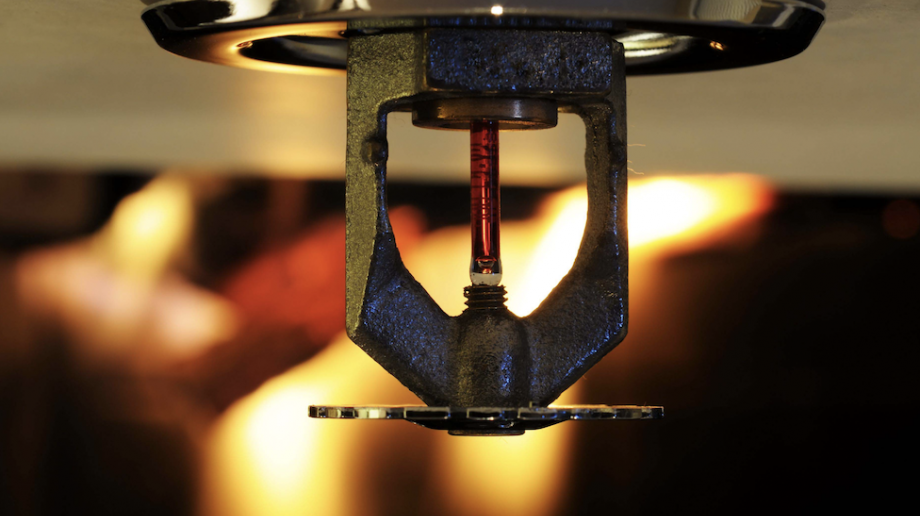 According to recent statistics, there are more than 600 fires in schools across Great Britain each year costing on average £2.8 million for larger incidents. Iain Cox, Chair of the Business Sprinkler Alliance makes the case that money spent on dealing with the aftermath of fires in schools should be spent on sprinklers

In the past 15 months the disruption to a child’s education caused by Covid-19 is sadly well documented but when it comes to fire, it too can have a huge impact on a child’s education. According to recent statistics, there are more than 600 fires in schools across Great Britain each year costing on average £2.8 million for larger incidents. Despite this alarming statistic, sprinklers are currently only mandatory in new school buildings in Scotland and required via funding in Wales, but not in England and Northern Ireland. Yet observations on the incidence of fires relative to the population of school buildings, indicates that the rate of fires in England is similar to that of Scotland and Wales.

School fires have a devastating impact on both a school and a community. Three school fires in Derbyshire last year are a painful reminder of the damage, the displacement of pupils, disruption to education and the costs incurred when they are not fitted with sprinklers.

On the morning of Saturday 3 October, six fire engines and two aerial ladder platforms were called to attend a major blaze at St Mary’s Catholic Voluntary Academy in Darley Abbey, Derby. The fire quickly engulfed the building, which was largely destroyed and reported as a ‘total loss’. Just 48 hours later, in the early hours of Monday 5 October, there was a second severe fire only four miles away, this time at Ravensdale Infant School in Mickleover which required 12 fire engines from the Derbyshire Fire and Rescue Service. Whilst the Fire and Rescue service brought the fire under control there was extensive damage to the building. Neither building had sprinklers fitted.

The 110 children from the St Mary’s Catholic Voluntary Academy were originally sent to work from home for three weeks before being displaced into two separate local schools. They have now been reunited in temporary accommodation within a refurbished office block over three floors. There is no firm date for the replacement school but it is noted it will take 24-36 months to complete. The 227 children from the Ravensdale school are being moved to temporary locations and may move again during the £8 million rebuild of their schools which is expected to be completed late in 2022.

These two devastating fires come in the wake of a blaze in the same area four months earlier at Harrington Junior School in Long Eaton, Derbyshire. Thankfully, no children were on site and teachers and staff who were working in the building were able to evacuate safely. Despite the efforts of the Fire and Rescue Service, they were unable to save the building. Not only did the fire severely affect the education of the 235 pupils when they returned to temporary classroom accommodation after lockdown, the school will have to be rebuilt. The temporary classroom accommodation was noted to cost £500,000 and is expected to be in place for two years during the rebuild. The cost of the rebuild was further reported to be £5.5 million and will require central funding.

Whilst many may be struck by the financial consequences the key item is that across these three events 570 pupils have been displaced and have seen weeks of disruption to their lessons, which were already disrupted by the pandemic. That disruption has meant parents adjusting childcare, trying to continue lessons at home and dealing with the impact of the event with their children. That impact continued until they found temporary accommodation but that was not always in the same place as the original school. Children can be resilient to such changes but we must remember that in the background to this is an insistence from the Government prior to the pandemic that a week’s interruption to education would have an impact on attainment for children. In thinking about each of these fires, it is clear that they have each had such an impact.

According to a 2019 study by Zurich Municipal, education insurer for half of the schools and universities in the UK, two-thirds of schools have ‘poor’ fire protection and are not properly prepared for a potential damaging fire. It also found that schools in England are ‘twice as likely’ to suffer fires than other school buildings. The insurer has stated that a change to government legislation to make sprinklers mandatory will not only protect children in school but will also contain a fire to the room it starts when it begins out of school hours.

The government is currently consulting on a revised version of Building Bulletin 100 (BB100): Design for fire safety in school. The consultation document was written with no known input from the fire sector and there is no business case supporting the assertions in the document. Furthermore, the insurance industry has a higher figure for school fires and damage costs than the government. The BSA has always highlighted that BB100 sets the right expectations around the protection of schools and the continuity of education. It sets an expectation that the school should be fully functional within 24 hours of a fire, apart from the room where the fire occurred. The BSA wants the government to explicitly maintain these objectives in the revised BB100 so that fewer schools are damaged and destroyed by fire. Better still, the government should make property protection a consideration for the fire safety Building Regulations to effectively protect all buildings of significant social and/or economic value from fire. Automatic sprinklers would be a key tool in achieving this outcome.

Whilst writing this piece a fire impacted a further primary school in Ormskirk on the evening of the 17 June. The fire is reported to have damaged three rooms within the building and this reminds us of a key point. Whilst we may focus on fires that damage entire school buildings, it is also about teaching spaces. A fire that damages a teaching space has an impact on the smooth running of a school. In this case the loss of teaching space at the Armsall Primary School will see children displaced to a local university for the last few weeks of term. However, when the children return after the summer temporary buildings or further alternative spaces will be needed.

Fire can have a lasting and devastating impact on both schools and communities and must be avoided and minimised. Schools should be designed to withstand the risks they will be exposed to whether that is fire, flood, theft, earthquake or storm, etc.

Too often a building is conceived without due consideration as to the impact of those risks over the life of the building.

Ensuring the safety of a building’s occupants is considered the minimum under current regulations, but it is clearly not the optimal outcome. A sprinkler system would serve to protect both the occupants and the building, allowing students to return to normality far more rapidly and with considerably less disruption to teachers’ already hectic schedules during this pandemic.

Fires in schools must be avoided. How many more fires need to occur and children’s educations be disrupted before sprinkler installation becomes a prerequisite of school design and safety?