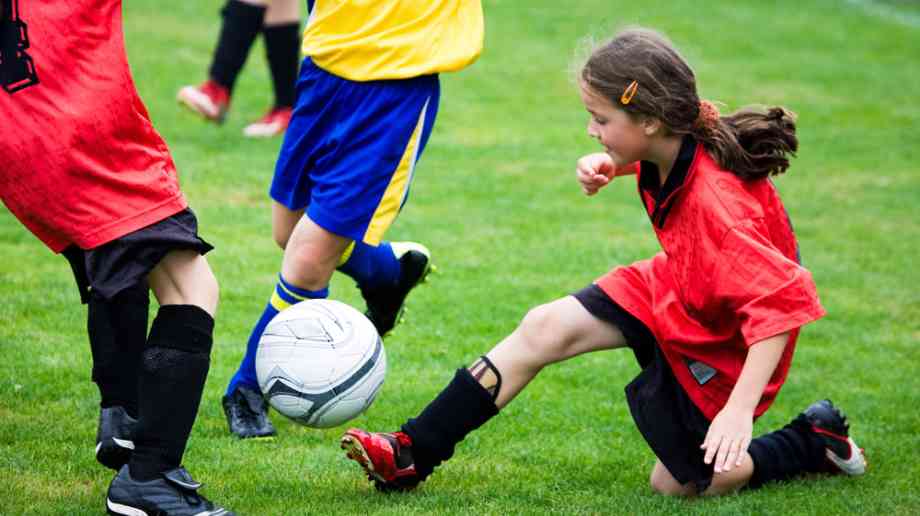 News highlighting football inequality in schools has prompted calls for better access to the sport for females, following the Lionesses’ success at the UEFA Women’s EURO 2022

Figures published by England Football, part of the Football Association (FA), showed that 72 per cent of primary schools offered equal football coaching to boys and girls last year, but the figure fell to just 44 per cent in secondary schools.

Following the Lionesses’ victory at the UEFA Women’s EURO 2022, the team wrote a letter to Prime Minister contenders Rishi Sunak and Liz Truss demanding the government ensures every schoolgirl is given the opportunity to play football, and to have a different experience to they did growing up.

“This is an opportunity to make a huge difference. A change that will impact millions of young girls’ lives. We - the 23 members of the England Senior Women’s Euro squad - ask you to make it a priority to invest into girls’ football in schools, so that every girl has the choice.”

The Department for Education has addressed the issue of inequality in football in its blog on the Education Hub. It says that the National Curriculum for PE in schools does not differentiate in relation to sex, but schools may choose to have single-sex PE lessons or sports teams.

Who decides what sports are taught in schools?

The Chief Medical Officers for UK recommend that where possible, children have 60 minutes of daily physical activity. The DfE expects 30 minutes to take place during the school day. As such, PE is a compulsory subject at all four key stages in the national curriculum.

However, it is for schools to decide which sports and physical activities they offer their pupils. Factors influencing that decision include the spaces available for sports, along with available equipment. Schools should also take their pupils’ views into account on which activities they want to be able to do, and make sure they are delivering a flexible, diverse and challenging PE curriculum that suits the needs of all their pupils.

Where schools choose to offer different sports to girls and boys, for example to respond to demand, they are expected to make every effort to offer a comparable sport which uses similar tactics and has similar objectives, i.e attacking and defending strategies.

So what are the DfE doing to encourage girls to play football? The blog says: “The success of the Lionesses in the Women’s EURO 2022 will inspire a generation of girls to get involved with football and we want to encourage more girls to participate in all sport.

“We support the Football Association’s ambition to give girls equal access to football in schools and clubs by 2024 and will continue working closely with them to help them achieve this.”

The DfE says that its School Sport and Activity Action Plan is helping more girls to take part in physical activity. It has worked with Sport England to invest £1.5 million into developing a new digital resource, called Studio You, which is helping teachers engage less active teenage girls in their PE lessons.

Studio You has been developed using insight from both PE teachers and girls in Key Stages 3 and 4, with the ultimate ambition of reconnecting them with PE, improving their confidence and making being active fun.

Sitting alongside this, the Department for Education is funding a three-year programme to give thousands of girls access to competitive sport opportunities, including football, helping them to inspire and encourage their peers to be active through sport. Worth up to £980,000 over the next three years, the ‘Your Time’ programme will improve and increase opportunities for girls aged 8 to 16 to access competitive sport and sport leadership opportunities.

The DfE also announced in October that it will invest nearly £30 million per year to open up school sport facilities in England outside of school hours (evenings, weekends and school holidays), as well as to improve the teaching of Physical Education at primary school.

Primary schools are also benefitting from the £320 million PE and Sport Premium this coming academic year to boost sporting opportunities for millions of children across the country and supporting higher quality PE lessons. Further information and support for primary schools in using the PE and sport premium well is available here.

More widely, the Department for Digital, Culture, Media & Sport (DCMS) has provided £2.9 million in grant funding through its Sport Survival Package to the Women’s Super League and FA Women’s Championship to cover essential costs and allow the completion of their seasons.

A £230 million package is also being rolled out to build or upgrade up to 8,000 football and multi-sport pitches across the UK by 2025. In March, DCMS started rolling out this investment, through an initial £25 million that is benefiting more than 160 facilities.

Key partners from education, local government, professional and grassroots football plus local public and voluntary sectors, are working with The FA to bring all female football opportunities under one umbrella for the first time.

Each host city has a local legacy plan which sets out ambitions across participation, coaching and refereeing up until 2024.

Nadine Kessler, UEFA’s chief of women’s football, said: “Our host cities, clubs and local authorities are up to the challenge of providing more opportunities for women and girls than ever before and knowing The FA’s long-term commitment to the women’s game, we have no doubt that together we will set a new European benchmark.”

UEFA and the host cities are working towards equal access for all girls to play football in school and clubs, and for a diverse workforce of coaches, referees and local leaders delivering and organising football for their communities. They are also working towards inclusive safe and welcoming environments for every woman and girl to play competitive or recreational grassroots football, irrespective of ability, disability, age or ambition.