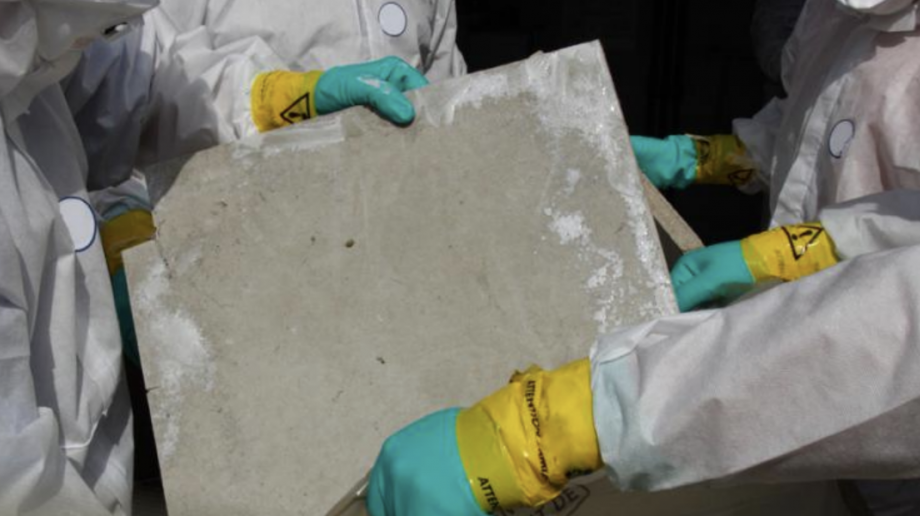 Calling for the phased removal of asbestos

Some twenty years on from the full ban on asbestos in construction, its presence in many older school buildings remains a national problem. John McClean, Chair of the Joint Union Asbestos Campaign, discusses the dangers of asbestos and what needs to happen to tackle the problem

Asbestos was used by ancient civilisations such as the Egyptians, Greeks and Romans in a number of products that helped control  heat and fire. The use of asbestos in the UK grew with the industrial revolution. As a natural mineral it was found to be both a very good thermal and sound insulator and was used extensively in many everyday objects, such as stands for hot irons due to its resistance to heat.

By the late 19th century and early 20th century it was becoming obvious that manufacturing asbestos into household and industrial products was causing respiratory problems and early deaths in factory workers due to excessive dust exposure.

A government commissioned report, the Merryweather report, in 1930 led to the first asbestos in factories regulations, though enforcement of these and other hygiene standards were notably lax.

The use of asbestos in buildings could be said to have come into its’ own after the second world war. Most major industrial cities suffered extensive bombing which resulted in a post war building boom in both social housing and public buildings. As a relatively cheap, and easy to use material, often sourced from the Commonwealth- usually Canada, it was used very publicly in the building of “Homes fit for Heroes”.

As the post war population grew there was a dramatic increase in the number of children being born, necessitating an increase in school building throughout the 1950s and 1960s. Indeed the demand was so great that a process was developed known as System Built Schools whereby classrooms were fabricated off site and then assembled as adjoining rooms to facilitate a quicker building method. These usually contained large amounts of asbestos many of which are still in use today.

In 1965 it was scientifically established that there was a clear link between asbestos exposure and the development of Mesothelioma, an incurable asbestos related lung disease. However workplace health and safety regulations were not developed to reflect this growing awareness and really only became slightly relevant with the overarching  Health and Safety at Work regulations 1974, but without specific asbestos legislation, only with a general “Duty of care” approach.

There has been a major shift in industrial working life over the last century. From being the manufacturing centre of the world for ships, trains and infrastructure, the UK has been overtaken by much of the developing world. Allied to the ban on the use of asbestos in 1999 this has resulted in the nature of asbestos exposure changing. Unfortunately this has not meant that exposure to asbestos has diminished, only that it has changed with the deindustrialisation of society. Previously those industries categorised as “Heavy” such as ship building, train building, construction and demolition which involved known exposure to asbestos fibres with inadequate regulations in place to protect the workers, the changing face of work means that those are less relevant today. Currently a worker is more likely to be exposed in a building where asbestos has not been managed safely or time and other factors such as disturbance or weathering has caused the release of asbestos fibres into the building environment. This may well be unknown to those being exposed!

When Gina Lees, a teacher, was diagnosed with mesothelioma, her husband Michael was confused and distraught as many asbestos victims families often are. After her untimely death, Michael in 2007 with the help of the National Union of Teachers (NUT) , now the NEU, started the asbestos in schools campaign. This was a relatively loose grouping of asbestos victims, their families, teaching trade unions and solicitors, with only limited resources. In 2010 a new group, the Joint Union Asbestos Campaign (JUAC) was formed. This comprised of the head teacher trade unions, the teacher trade unions and the education support staff trade unions. It was felt that with specialist health and safety officers and a collaborative approach that more progress might be made in raising awareness on the issue of asbestos in schools.

Why concentrate on asbestos in schools?

Schools are not like any other workplaces as they contain children who by their nature do not act as adults do. They move in large groups are often curious and boisterous. And as the government committee on carcinogenicity concluded in 2013, their lungs are still growing and therefore more likely to develop respiratory diseases from exposure to asbestos.

While many public and occupied buildings contain asbestos they are not under the direct control of the Department for Education (DfE) and subject to ministerial edict or funding controls. It would be fair to claim that successive governments have failed to take the issue of asbestos in schools seriously.

This situation has however been exacerbated by the austerity policies adopted by the coalition government from 2010. This did not just effect funding for refurbishment of schools but also a deregulatory agenda in respect of the health & safety regulator, the Health and Safety Executive (HSE), which suffered a loss of funding and the exodus of experienced inspectors. In addition proactive health and safety inspections now exclude education premises even though the DfE’s own estimates state that over 80 per cent of schools contain some asbestos.

The scale of the problem

A major problem when attempting to determine how much asbestos is still present in UK buildings is that no reliable records on how much was used were kept. Over the years with refurbishment and demolition some has been removed, but much remains. Following pressure from JUAC, the DfE carried out  a voluntary survey to establish the extent of the problem, but the results were inconclusive, partly due to the fragmentation of the education estate. Another major issue with asbestos exposure is the long latency period from exposure to developing an asbestos related disease- anything from 20 to 50 years, which means we are still dealing with the history of industrial exposure. For over 25 years the HSE have stated that deaths from asbestos exposure are reaching a peak but they remain at over 5,000 per annum with mesothelioma contributing over 2,500 of these, more than those from road traffic accidents.

The consequences of failing to deal with asbestos are twofold. Firstly the longer the asbestos is left in buildings the greater the deterioration of the asbestos with a greater release of the deadly fibres into the environment, And secondly the longer it is left” in situ” as recommended by the HSE the more expensive it becomes to remove and dispose of properly. JUAC recognises these problems and has consistently called for a phased removal of asbestos starting with asbestos that is in the most dangerous condition. We would also like to see the resumption of proactive inspections in schools, a greater skilling of asbestos surveyors, clarification on the role of the Duty holder with managerial responsibilities including better information, training and guidance, and an open and transparent policy on asbestos control in schools for parents, pupils and staff.

Obviously this is a major, albeit almost hidden, problem that needs a clear strategy and adequate resources to deal with. This will require a change of mindset to acknowledge and address this. JUAC remains committed to helping overcome the many obstacles that still exist in this awful situation.