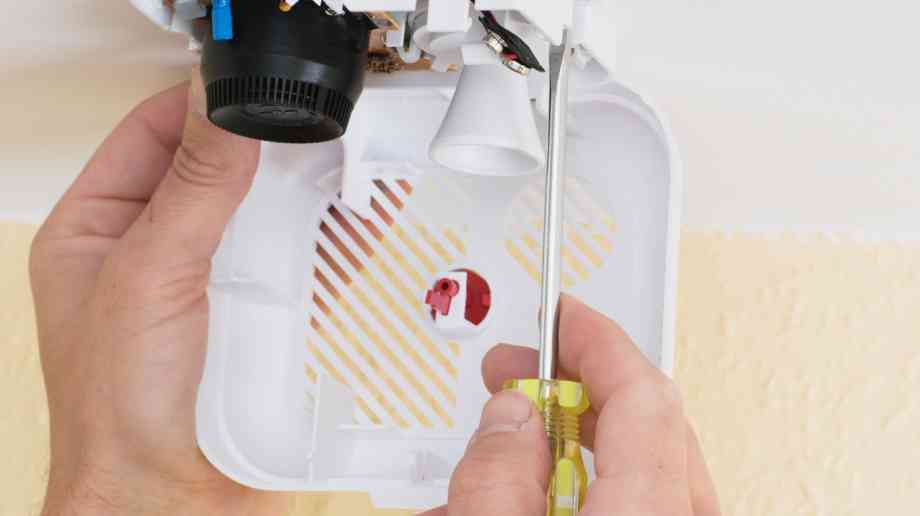 Are your smoke detectors correctly installed?

If a fire detector isn’t installed correctly, it might work when tested, but might not actually activate in the event of a fire. The Fire Industry Association explains what you need to know

The problem with smoke detectors is that it can be difficult to tell just by looking at them whether they have been correctly installed.

If you’re the average individual, you’re likely to believe that a smoke detector is much like any other detector. Fire happens, and it activates the alarm – and hopefully, all the children and staff are safely evacuated from the building. At least, you’d hope that’s what happens.

Perhaps it might shock you to know this, but it’s vital to know: if a detector isn’t installed correctly, it might work when tested but might not actually activate in the event of a fire. Why? Because a detector in the wrong location – for example, too close to a wall (feel free to look up at the ceiling and check where yours are now) – might not pick up the plumes of smoke as they rise and then curl back towards the floor, totally missing the detector.

The other thing to know is that there are different types of detectors – and they all function in different ways and are more sensitive to different types of fire and smoke.  If you have the wrong type of detectors installed, then these could be more prone to either failing to activate, or perhaps just as bad – activating all the time from things like steam, dust, aerosol sprays (think about the aftermath of the average PE lesson!), or heat from the school kitchens.

False alarms and unwanted alarms are a real problem in schools – especially around exam time. Even just an unexpected false alarm in the middle of a lesson can be hugely disruptive – leading to teachers having to repeat the lesson after getting everyone to line up and march (quietly) out into the playground and back after a roll call and a check to see if there really was a fire. We all know how much time that can waste – time that would be much better spent on learning rather than standing in the cold.

Both incidences, where either the alarm fails to activate when there really is a fire through a poorly installed alarm, or where the alarm activates but there is no fire (a false or unwanted alarm), are best avoided.

Sadly, schools are common targets for arson, so it is vital to ensure that the fire detection systems in place are correctly installed and maintained regularly.

In a school setting, having the right fire protection is vital because legislation dictates that all public buildings such as schools, nurseries, or any other education facilities should have adequate fire protection.

In order to ensure compliance with the legislation, it is vital to have a good understanding of what the duties of the responsible person or duty holder are.  One of those duties is to ensure that the people hired to carry out any work related to fire protection are ‘competent’.

There’s a real issue with competency in the fire industry right now that responsible persons should be made aware of.

Are your fire alarms installed correctly?  Well, you might not be able to tell, but a competent fire detection and alarm technician should be able to.

The trouble is, the law doesn’t define what competency is – nor does it give any guidelines about how to select a company, or a technician, who is truly competent. Additionally, there are no real barriers into the industry, so just about anyone with a van and a set of tools can claim to be a professional fire detection and alarm technician (even if they have no training and have never done the job before).

So how do you sort through the different companies and decide who should be installing or maintaining your fire alarm system?

There are a couple of things that you can check. First of all, you can see if the company holds Third Party Certification.

Another thing to look out for is the training held by the individual technician that the company sends out to you. Most companies that hold Third Party Certification will have had their training checked as part of the process of certification.

However, it may be interesting to know that the FIA has recently rolled out qualifications for those that work with fire detection and alarm systems. At the moment, the first few hundred people have gained the qualification and it is expected that eventually this qualification will become the norm over the next few years.

Whilst holding a qualification alone won’t tell you if a technician is competent (experience is also necessary), it may help you in your decision about which company to hire to install and maintain your fire detection and alarm systems.

The key thing to remember when making those initial enquiries is just to make sure you ask lots of questions and ask to see their certification and training records.

After all, in a school setting, the safety and wellbeing of all staff, children, and visitors is paramount.

The Fire Industry Association, the largest trade association and non-profit for fire protection in Europe, has developed a page on its website to help you get a better understanding of your fire safety responsibilities. Because the advice has been developed by industry experts, you can be assured of the accuracy of the information.

Just go to www.fia.uk.com, hover over the ‘Resources’ tab, and then click ‘Fire Safety Advice’.

Three quarters of school staff need training in remote learning in the UK, according to a survey of more than 2,400 school staff carried out by Tes Global.

Employers and FE providers that deliver industry placements for new T Level qualifications will get a new package of support.

Employers should be incentivised to recruit graduates and apprentices to avoid mass youth unemployment, reports the Institute of Student Employers (ISE).

The Department for Education has announced that disadvantaged and vulnerable pre-school aged children will receive additional support as they transition back into early education.

DfE unveils plans for full-time return to school in September

Current restrictions on group sizes will be lifted to allow schools, colleges and nurseries to fully reopen to all children and young people.

LifeSkills aims to help everyone in the UK, whether that’s a young person preparing for their first job or someone wanting to progress in their career.

Information Technology
Every day is a school day thanks to technology (and our teachers)
Health and Safety
Flexible education space in a post-virus world
Communications
Delivering proven and accredited telecom services to the public sector for 15 years
Communications
What is Driving Schools and Colleges Investment in Telecom Services?
Design and Build
Delivering inspirational education buildings for more than 30 years
Information Technology
Video communications in schools – a solution whose time has come
Printing
Fujitsu
Fire Safety
Fire Safety Equipment in Schools
Recruitment
Is A Recruitment Crisis Looming?
Recruitment
Secure a new MFL teacher through Spain’s Visiting Teachers Programme.