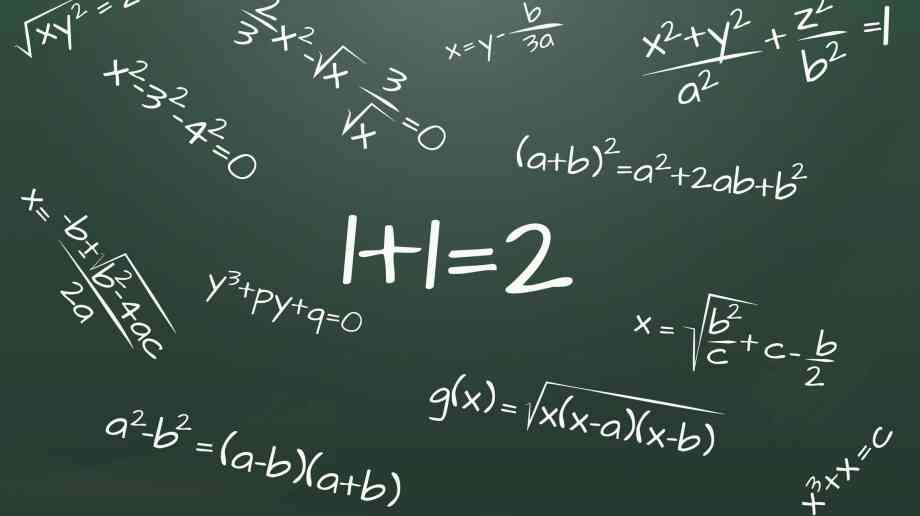 Adding inspiration to the mathematics equation

Mathematics is often wrongly deemed as just a subject on the curriculum, rather than the subject that underpins it. Ems Lord, director of NRICH, tackles some of the key misconceptions regarding the subject, and highlights the prominent role it should hold in the teaching of STEM subjects.

Mathematicians are addressing some of our world’s most urgent challenges – including tackling climate change, modelling disease transmission and solving the human genome sequence. They also ensured that the London 2012 Olympics showcased the very best in sports technology through their contribution towards the development of the world class velodrome facility, affectionately nicknamed ‘The Pringle.’ In each case, their contributions relied on exploiting the connections between mathematics and other STEM subjects.

Mistaken Beliefs
Nevertheless, many school children mistakenly believe that mathematics is solely devoted to learning rules and procedures. They fail to make connections between their mathematical studies and the real world. They rarely experience the thrill of discovering patterns or making connections from the classroom to the wider world. By encouraging a STEM approach, teachers can highlight those connections, nurturing future generations of mathematicians whilst developing a greater understanding of the importance of mathematics amongst all of their students.

Ask any primary school pupil why they study mathematics, and in my experience most of them will reply that learning mathematics has something to do with their end of Year 6 SAT exams; most primary-aged children fail to link their studies to real life applications. As they enter their secondary schooling, the need for making explicit connections between maths and other STEM subjects becomes much more urgent. Secondary schools usually employ specialist teachers to deliver their curriculum, who deliver their lessons at specified times during the school week, often resulting in missed opportunities to identify connections between STEM subjects. Unless students are given opportunities to experience the power and beauty of mathematics across the curriculum, many of them will continue to regard maths as a subject solely required for examinations rather than as a subject which underpins the whole curriculum.

At NRICH, we develop rich mathematical tasks for schools. We believe that all students should have access to problem solving resources. At the last count, the NRICH team had uploaded over 1,100 free resources to our website. In particular, NRICH has produced a range of resources and approaches to support schools to fully embrace a STEM approach to their teaching. In this article, I will describe how two of our key approaches – supporting the training of teachers and developing a resource bank of STEM activities – helps schools to embed a STEM approach.

Trainee teachers
Trainee secondary school teachers quite rightly tend to focus on their chosen specialist subject. However, by encouraging trainees to make strong STEM connections, we believe that they can also inspire future generations to explore STEM subjects. Trainees can plan and deliver lessons which model how mathematicians, scientists and engineers rely on one another’s skills in more ways than many students realise. And, by working collaboratively with other STEM departments in their schools, the trainees discover how they can develop curriculum maps within and beyond their own curriculum areas.

For example, a trainee science teacher may be planning a lesson which involves an experiment where test results are displayed on a VDU. At NRICH, we would challenge the teacher to identify ways in which their lesson relies on mathematical skills too, such as recognising different types of curves that they might observe on their screens and how they might record them. This would result in a single lesson where science and mathematics skills would complement one another, but such short term planning would overlook further opportunities for effective collaboration between individual subjects.

For example, trainee science teachers need to know that their students have already studies curves, and curve sketching, in their maths lessons in order for the science lesson to be as effective as possible. Therefore, we also encourage trainee mathematics and science teachers to plan together, explore one another’s curricula and recognise where and when specific skills are required throughout a student’s schooling.

By taking such a long term approach, effective connections can be fully embedded across each key stage.

Once trainee teachers have successfully identified possible connections between STEM subjects, they also require high quality classroom resources for those lessons. Our NRICH website features a dedicated STEM area where teachers can access resources making STEM connections. In this next section, we will explore some of our STEM NRICH resources to highlight the importance of mathematics in STEM.

Climate Change: maths and geography
The Arctic sea ice cover is shrinking fast and the potential consequences are grim. To predict how much longer the Arctic sea ice will be around and to assess the impact of an ice-free Arctic, we need to understand how sea ice responds to its environment. Mathematical modelling of sea ice behaviour can provide this much-needed glimpse into the future.

Any mathematical model is built on observations and its predictions must be compared to real-life data.

Gathering data on the thickness and extent of Arctic sea ice involves information from satellites and from submarines that travel under the ice. Analysing the data requires sophisticated statistical methods. But luckily for the members of the Polar Ocean Physics Group at the University of Cambridge, gathering the data means lots of exciting field work in the Arctic!

Investigating Epidemics: maths and biology
This project contains three simple mathematical models for the spread of an epidemic: Standing Disease, Network Disease and Counter Plague. The three models in this project are very simple, but do provide useful information. Standing Disease illustrates how quickly a disease can take off. It would only take 33 steps for the whole world to be infected under certain conditions if there was perfect transmission from one person to two people at each stage. However, experience tells us that epidemics generally self-limit or become stable in a population (as malaria has in sub-Saharan Africa, for instance).

The Network Disease includes attempted transmission to people who are already ill (and this could also be seen as transmission to people who have become immune), and thus provides a mechanism which shows how transmission of a disease might be constrained. Counter Plague is a model which incorporates a way of changing the models in more subtle ways. One model will mean that, in general, epidemics die out quite quickly, whereas using the another model will mean they tend to escalate.

How the Velodrome Found its Form: maths and technology
With its sweeping curved roof and beautiful cedar clad exterior the London 2012 Velodrome is a stunning building. But during the 2012 Olympic and Paralympic Games what athletes and spectators were most interested in was the curled ribbon of wooden track at its centre.

The Velodrome track was designed to produce world-record-beating times. The exact geometry of the track, designed by world famous track designer Ron Webb, is top secret. Like all velodromes, however, the track is sloped, from around 12 degrees on the relatively flat straights up to 42 degrees at the steepest part of the banked turns.

Seen from the centre, or looking down into the turns from the spectator seats, the banked turns seem perilously steep. But rather than tackling the slopes with caution cyclists use these steeply banked turns to create the high speeds necessary to fly around the track. Mathematicians employed a technique known as parametric modelling to ensure that the design met the constraints placed upon it.

The geometry of speed also inspired the curves of the sweeping roof and the cedar clad exterior of the Velodrome. The external shape of the building allows for seating around the whole of the track, creating, according to Olympic cycling legend Chris Hoy, a ‘wall of noise’ and a ‘gladiatorial atmosphere’.

In this article, we have witnessed some of the amazing projects undertaken by mathematicians collaborating with their STEM counterparts. Their skills helped to make the London 2012 Olympics such a resounding success, and their abilities to model subtle changes in a design allows scientists to investigate more effective ways to prevent the spread of diseases. Yet we have also seen how students often fail to recognise the importance of mathematics in the real life. By encouraging schools to adopt a STEM approach, more students will not only encounter real life applications of mathematics but also sample the amazing opportunities available to anyone who works within STEM subjects.

Low pay, a high workload and a lack of career development for early years workers risk having a serious impact on the provision of care and education services for the under-fives, says a new report

Schools should only be closed as a last resort, says Children's Commissioner

Anne Longfield, Children’s Commissioner for England, has published a new briefing setting out the key actions needed to ensure children are at the heart of planning for any future coronavirus lockdowns

Ofqual to take on external quality assurance of apprenticeships

Rise in pass rates of SQA exams in Scotland

Early years workforce "underpaid, overworked and undervalued"
Schools should only be closed as a last resort, says Children's Commissioner
Hundreds of school building projects get fast tracked
Ofqual to take on external quality assurance of apprenticeships
Rise in pass rates of SQA exams in Scotland

SPACEBUILDER Ltd enables communities to increase access to education for its members by transforming spaces to safe havens for learning and development.

Infection Control
Astreea®
Design and Build
SPACEBUILDER Ltd
Finance
Wesleyan Bank specialist finance solutions tailored to your needs
Classroom Resources
LifeSkills created with Barclays
Information Technology
Every day is a school day thanks to technology (and our teachers)
Health and Safety
Flexible education space in a post-virus world
Communications
Delivering proven and accredited telecom services to the public sector for 15 years
Communications
What is Driving Schools and Colleges Investment in Telecom Services?
Design and Build
Delivering inspirational education buildings for more than 30 years
Information Technology
Video communications in schools – a solution whose time has come